Joe Biden calls on Congress to adopt his investment plan of some $ 2 trillion to modernize infrastructure. Republicans would like to reduce the envelope ... 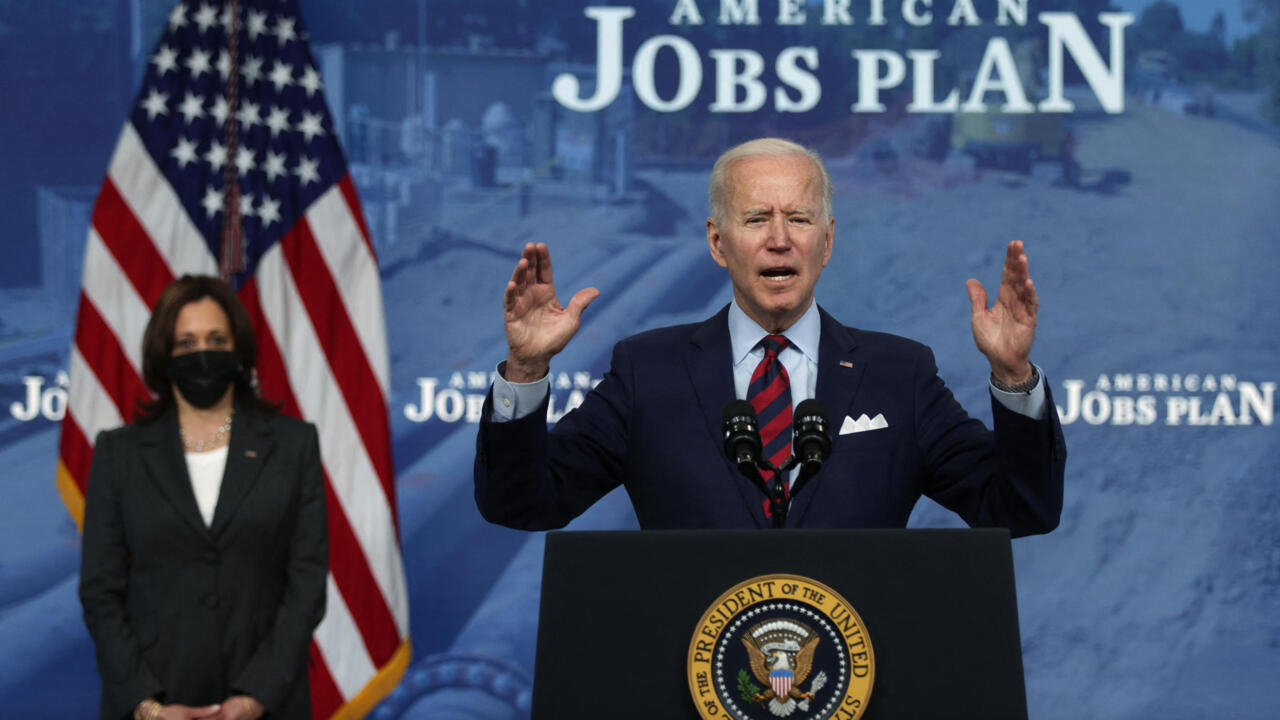 Joe Biden launched a vigorous plea to convince Congress to adopt his investment plan of some $ 2,000 billion, according to him essential for the United States to stand up to China on April 7, 2021. Getty Images via AFP - ALEX WONG

Joe Biden calls on Congress to adopt his investment plan of some $ 2 trillion to modernize infrastructure.

Republicans would like to reduce the envelope provided by the White House and focus on renovations of roads or necessary bridges.

The president said he was ready to discuss, but the adoption of an ambitious plan is essential to guarantee the place of the United States in the world.

There is no time to waste, says the American president.

Joe Biden says he is ready to receive and listen to ideas from the Republican camp but warns: inaction is not an option.

America's place in the world is at stake.

I implore Congress: listen to your constituents and together we can build the foundations of an economy that works for all and that will allow America to remain the world's leading power

," said the US president.

I will try to work with the Republicans, repeats Joe Biden.

But the president does not intend to give up the important ecological aspect of his plan contested by his opponents.

The $ 2,000 billion envelope planned by the White House is not about to be adopted by Congress.

Unless the Democrats manage to set up a budgetary procedure that allows them to vote for this ambitious project by a simple majority.