First open partially, then close again: Economic sectors criticize back and forth in the Corona crisis. Associations have clear demands before a conference with the Minister for Economic Affairs. 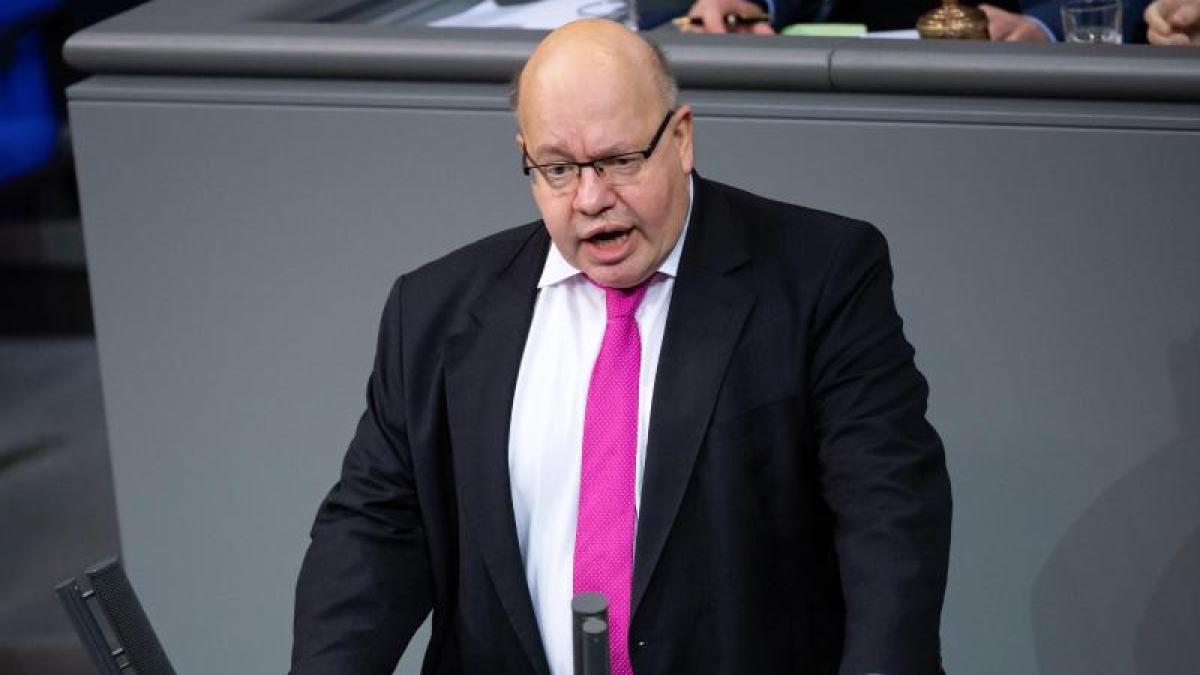 Berlin (dpa) - What would a possible hard lockdown mean for the economy - and what comes after that?

Before an "economic summit" with Federal Minister of Economics Peter Altmaier (CDU), business associations were dissatisfied with the course of politics in the Corona crisis.

They demand a clear perspective and a reliable strategy.

"The ad hoc mode of the past few months is not a permanent solution for an industrial country that is in global competition," said Joachim Lang, General Manager of the Federation of German Industries (BDI), the German Press Agency.

"It's not just a question of whether it will be opened or closed, but it must also be clarified when and how."

A binding agreement on a nationwide uniform catalog of measures is elementary for the necessary acceptance in the population and in the economy, said Guido Zöllick, President of the German Hotel and Restaurant Association (Dehoga), the dpa, with a view to the upcoming deliberations of the federal and state governments.

In such a catalog it must also be clearly regulated which restrictions or relaxations apply when certain values ​​are reached.

Altmaier has today again invited representatives from more than 40 associations to digital consultations.

The minister is likely to have to listen to a lot again: The economy is also resisting possible legal requirements for corona test offers for employees, and the criticism of the billions in corona aid continues.

In addition, there is uncertainty about how things will go on with the lockdown: on Wednesday, the federal government indirectly supported the idea of ​​a “bridge lockdown” by CDU boss Armin Laschet.

A government spokeswoman had spoken of a "brief uniform lockdown".

The next consultations between Chancellor Angela Merkel (CDU) and the country leaders are planned for Monday.

But what exactly could such a lockdown look like?

The debate also comes at a time when, for example, in the Saarland model region, outdoor restaurants, fitness studios and cinemas have been open again since Tuesday - the entry requirement is a negative corona test.

The Central Association of German Crafts (ZDH) demanded that there should be reliability instead of hasty openings and short closings.

Those companies that could open at least to a limited extent in the meantime need reliability, said Hans Peter Wollseifer, President of the trade, of the dpa: "Further loads on the companies are not acceptable."

After a corona-related slump in economic output in 2020, the signs this year point to growth again, supported primarily by the export-strong industry.

However, sectors such as the hospitality industry or parts of the retail trade see themselves heavily burdened by government-ordered closings that have lasted months.

Against this background and the third corona wave, economies have recently lowered their growth forecasts.

The federal government has announced that it will provide additional aid - an equity contribution is planned because many companies have hardly any financial reserves left.

Improvements are also planned for the core instrument of the programs, Bridging Aid III.

Associations complain that the affected companies do not receive enough aid.

Around 90 percent of the November and December aid applications were processed and the sums paid out, said Dehoga President Zöllick.

“However, it is absolutely unacceptable for the remaining 10 percent that the payouts are still a long time coming.

This applies in particular to the largest employers in the hospitality industry, who now have their backs against the wall. "

Associations are calling for further improvements.

"The adjustments to bridging aid III decided last week are not sufficient here to even come close to cushioning the damage caused by the closure orders and corona requirements," said the managing director of the German Retail Association (HDE), Stefan Genth.

The cap on aid payments means that large companies do not receive sufficient financial support.

"We demand that the bridging aid is extended beyond June 30," said the president of the BTW branch association, Michael Frenzel, of the "Augsburger Allgemeine".

According to "Tagesspiegel", the DTV association proposes a reconstruction fund for tourism after the industry has been restarted.

The president of the association "Die Familienunternehmer", Reinhold von Eben-Worlée, warned in the "Rheinische Post": "There is no need for another delaying summit."

And another topic is likely to play an important role at the “Economic Summit”: the companies' offers to employees to be tested for the virus.

In a report by the leading business associations to the government, there has been significant progress in expanding tests.

Legal requirements are not yet off the table - associations are warning of more bureaucracy.

The chairman of the Union workers' group in the Bundestag, Uwe Schummer, called in the Funke media group, "Testing in companies should become a legal obligation as long as the pandemic is not combated."