The collective bargaining movement for teachers is in goal. Unions and employers signed a new agreement on Wednesday, which according to the unions means a better working environment and a wage structure where experience should pay off. 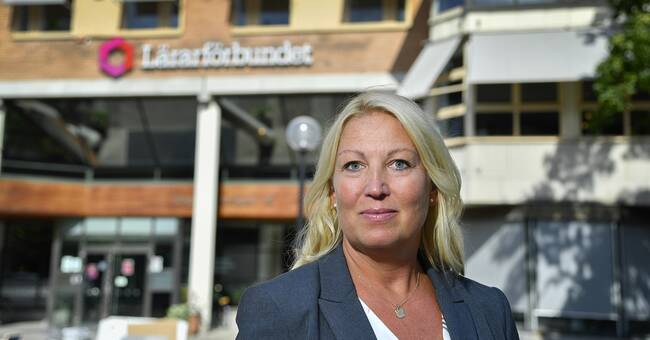 After negotiations, the Swedish Teachers' Union and the National Union of Teachers have succeeded in agreeing with Sweden's municipalities and regions (SKR) and Sobona on a new collective agreement.

The agreement runs for three years and covers over 200,000 employees at the country's municipal schools and preschools.

The previous agreement expired on March 31.

According to the Swedish Teachers 'Association, the new agreement means, among other things, that the teachers' influence over working hours will increase.

- The agreement places stricter demands on employers to reduce the workload, improve the organization of work and create a salary structure where, among other things, experience will be rewarded, says union president Johanna Jaara Åstrand in a press release.

According to the Swedish Teachers' Association, it was a difficult decision to accept the draft agreement.

- The agreement will certainly not solve all our problems.

But there are, among other things, clearer writings about the work environment, so now we must put all our union effort into taking the fight to reduce the workload of every employer who, so far, bears the ultimate responsibility for teachers' conditions, says Åsa Fahlén a written comment to SVT.

Joakim Larsson, chairman of SKR's negotiating delegation, says in a press release that a three-year agreement period provides an opportunity for employers and trade unions to work together "long-term and strategically to meet the school's challenges".

- As part of this, employers, in consultation with the trade unions, will produce a plan that will include initiatives in the areas of working hours, work environment, work organization and wage formation in order to secure skills supply within the school, he says in the press release.