Crises besiege Atletico, the latest of which is Suarez's injury ... Barcelona and Real Madrid are preparing to pounce on the top of the League.

The problems of the league leaders Atletico Madrid are exacerbated, the latest of which is the injury of the team's top scorer, Luis Suarez, and his absence from the stadium for about 3 weeks, in the absence of the second scorer, and the increasing pressure from Barcelona and Real Madrid to attack the lead. 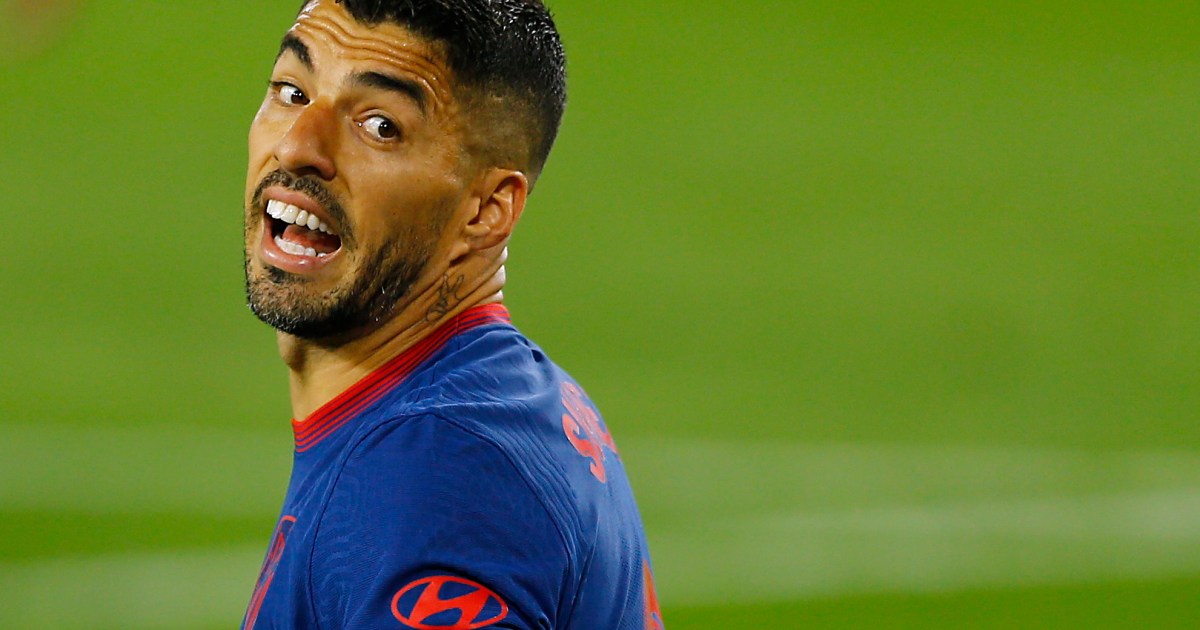 The problems of the Spanish Football League leaders, Atletico Madrid, the most recent of which was the injury of the team's top scorer Luis Suarez, and his absence from the stadiums for about 3 weeks, under the increasing pressure on him from Barcelona and Real Madrid to attack the top of the League.

Suarez, Atletico's top scorer this season, with 19 goals in the Spanish League, suffered an injury during the training session today, Wednesday, and the club subsequently published a medical report confirming that he had suffered a muscle injury in his left leg.

📋 @ LuisSuarez9 has a left leg muscle injury and is getting better.

The club's statement did not say how long the Uruguayan striker would be absent.

However, Spanish media reported that he will be absent for 3 weeks, which represents another blow to the club's quest to win the LaLiga title.

There were already doubts about the 34-year-old striker, against Real Betis, next Sunday, away from home, and now he will miss the team's important away matches in the league against Eibar, Huesca and Athletic Bilbao.

💪 We continue our preparations for the # Real_Bettis_Atlete match

His injury will give French striker Moussa Dembele, who joined the club last January from Olympique Lyonnais;

But he only played 42 minutes in La Liga, and never started a match.

Atletico were 10 points ahead of the league at the end of last January;

But the difference narrowed to just one point last Monday, after losing to Sevilla 0-1, and Barcelona's 1-0 victory over Real Valladolid.

Real Madrid, the defending champion and third-placed player, are waiting 3 points behind their neighbor Atletico, to attack the lead as well, if they continue with their victories, and their rivals falter.

Atletico’s absence does not stop at Suarez alone.

He will also miss Betis, his second-goal scorer, Marcos Llorente;

This makes it difficult for Diego Simeone, coach of the team, who suffered from a point hemorrhage until his absolute lead turned into a fragile lead, threatening to be lost with his first loss or draw.

Atletico suffers an offensive even if the striking force is completed by the leadership of Suarez and Llorente, which makes the fans of his rivals await his imminent fall in light of the loss of his most prominent goalscorers, especially since Barcelona and Real Madrid are witnessing a boom in results and successive victories in the League, and both of them covet the precious domestic title.

Atletico is still suffering morally after its recent exit from the Champions League final price against Chelsea, with Barcelona and Real Madrid qualifying for the quarter-finals, and the latter, on Tuesday, deservedly beat the English Premier League champion Liverpool 3-1 to put ahead in the semi-final of the tournament.