Just over a week ago, comedian Evelyn Mok was subjected to a racist attack by an unknown man on Hisingen. According to Evelyn, the man persecuted her for several minutes while he coughed and shouted racist swear words. - Then I understood that it was because I was Asian and that it was corona-related, she says.&nbsp; 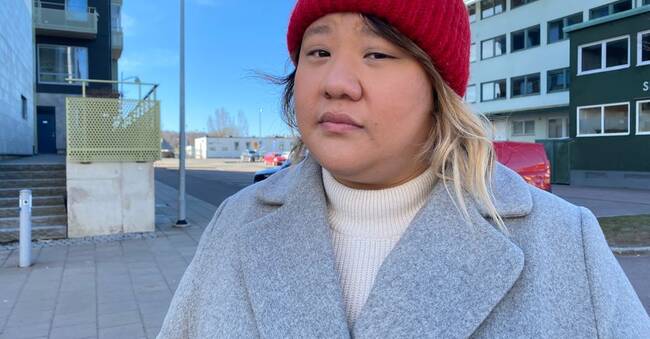 Hear Evelyn tell more about the event in the clip above.

The discussion about racism against Asians has grown recently.

Many believe that racism has increased and is linked to the pandemic because the spread of infection started in China.

- Now I have become more vigilant and, for example, do not wear both headphones in my ears when I am out and about, says Evelyn Mok.

She reported the incident to the police, but the case was dropped immediately.

The decision states that there are no clues or other measures to be taken that could lead to the crime being solved.

According to the police's democracy and hate crime group in region West, no more reports have been noticed.

- We have been a little confused about why we have not seen any increase because there has been so much talk about it in the media, says preliminary investigation leader Andrea Hammar.

- This has meant that we do not know how many reports have actually been received.

And not all hate crimes are reported either, she says.

The Democracy and Hate Crime Group has now made an internal wish to take part in the reports that are made.

- That the registrations are closed immediately is usually completely correct.

But it is about that we should have knowledge of what is reported to the police in the region, says Andrea Hammar.