“SofaGate”: Von der Leyen doesn't get a chair next to Erdogan

The seating arrangement at the meeting between Ursula von der Leyen and Recep Tayyip Erdogan caused a sensation: unlike EU Council President Charles Michel, she was not allowed to sit in an armchair next to the Turkish President - but had to sit on a sofa to the side. 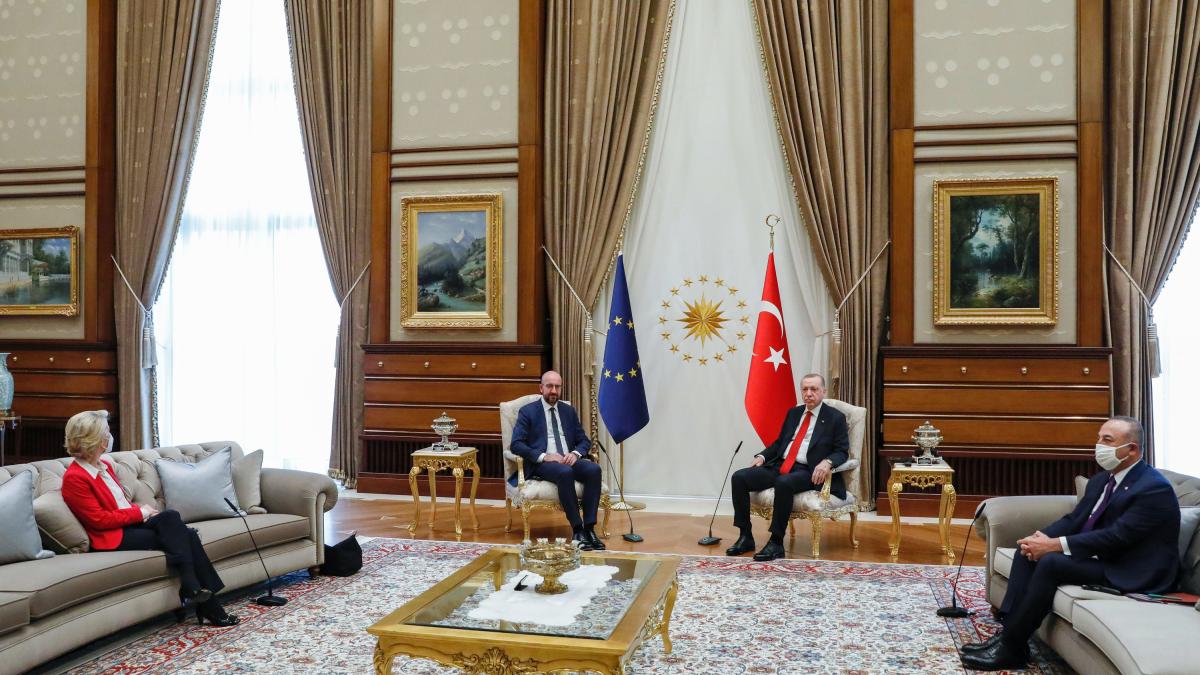 The way in which the EU Commission chief Ursula von der Leyen was dealt with at the meeting with Turkish President Recep Tayyip Erdogan in Ankara is making waves.

MEPs in the European Parliament criticized the fact that von der Leyen, unlike EU Council President Charles Michel, did not get a place in an armchair next to Erdogan during the visit to Turkey, but had to sit on a sofa to the side.

The incident quickly got the title “SofaGate” in social networks.

Von der Leyen and Michel traveled to Ankara on Tuesday to explore ways of improving EU relations with Turkey.

A video distributed by the EU shows how the head of the commission initially stops in the Turkish presidential office and reacts with an "Um" when Erdogan and Michel sit down in two armchairs standing next to each other.

Later she can be seen on a sofa on the left at a considerable distance.

The leader of the social democratic group in the European Parliament, Iratxe García Pérez, pointed out that Turkey has only just withdrawn from the Istanbul Convention for the Protection of Women.

"And now they leave the President of the European Commission without a place on an official visit," she wrote on Twitter.

“Um” is the new term for “this is not how the EU-Turkey relationship should be,” wrote Green MP Sergey Lagodinsky on Twitter.

For the liberal Sophie in 't Veld this was “no coincidence, it was on purpose”.

She also asked why Michel had not protested the treatment of his colleague von der Leyen.