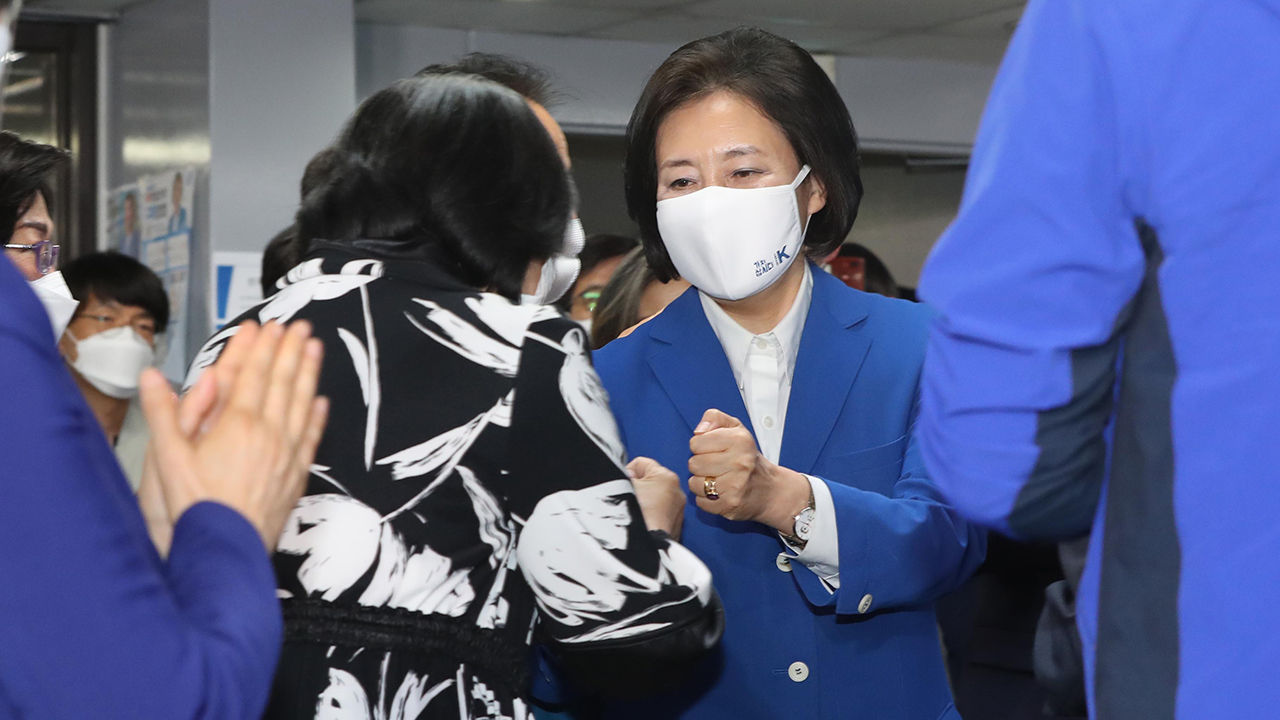 In addition, Democratic Party Candidate Park Young-seon, Mayor of Seoul, showed up at the election camp an hour after the announcement of the exit survey, saying that he is far behind Candidate Se-hoon Oh, the power of the people on the 7th.

Candidate Park visited the camp in the Anguk Building in Jongno-gu, Seoul at 9:15 p.m. to greet the officials.

Candidate Park, who entered the control room with a calm expression, said, "You worked hard. You did a lot of work."

They made eye contact and smiled bitterly with the lawmakers who ran the election together at the camp.

The camp officials applauded Park, saying, "Thank you," but the gloomy atmosphere could not be hidden.

Candidate Park said hello for about five minutes, bit the reporters in the control room, and spoke with the officials privately.

After 20 minutes, Park left the camp and moved to the Yeouido Democratic Party, where the election situation room was set up.

An official from the camp explained, "I thought that it was my duty to encourage those who supported and helped me first, so I visited the camp first."

In addition to the April 7 re-election, Seoul Mayor Park Young-seon, a Democratic Party candidate, is leaving the camp after visiting the election camp at Anguk Building in Jongno-gu, Seoul on the night of the 7th and greetings with camp officials.