"Investigation completed": Russian, detained in connection with an indecent photo shoot in Dubai, is deported from the UAE

Russian businessman Alexei Kontsov is deported from the UAE, where he was detained for posting a video of a group of naked girls on the balcony of one of the skyscrapers in downtown Dubai. The prosecutor's office has completed an investigation into Kontsov and Ukrainian citizens who have been detained for violating public morality. Under this article, the businessman and the participants in the scandalous photo session were threatened with a serious fine and a prison term. Alexey's colleagues believe that he was detained illegally. 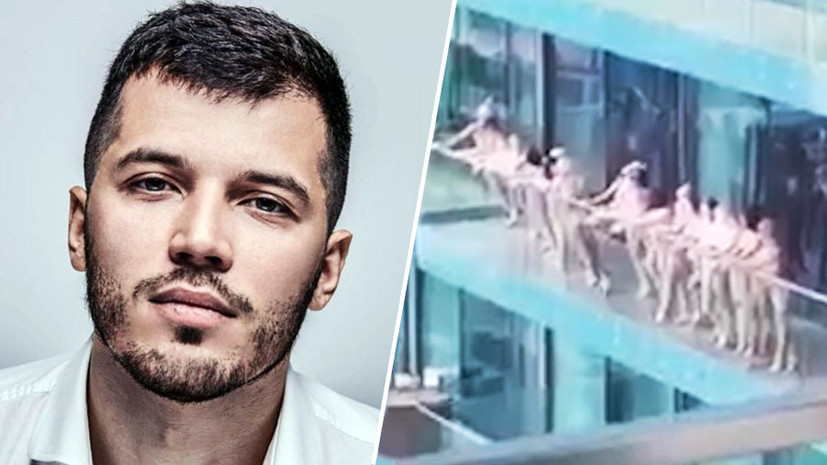 The Dubai government announced that Russian Aleksey Kontsov, who was arrested in the UAE for posting a photo shoot with naked girls, will be deported from the country.

According to local authorities, the prosecutor's office has completed an investigation into a Russian citizen and 12 participants in the scandalous shooting on the balcony of the Dubai Marina hotel in the center of the UAE capital.

“The Attorney General of Dubai said the prosecutor’s office has completed an investigation into a recently published photo shoot that violates UAE law.

All the defendants in the case will be deported from the United Arab Emirates, ”the media office of the Dubai Emirate government said on Twitter.

At the same time, the Consulate General of the Russian Federation in Dubai told RT that they have not yet received any notifications from the local authorities about the completion of the investigation or the further fate of the Russian detained for obscene filming.

We will remind, Alexei Kontsov was arrested in the capital of the UAE after a man published a video in which a group of completely naked girls posed on the balcony of a skyscraper in Dubai.

The publication quickly spread on social networks, after which local law enforcement agencies drew attention to the situation.

On April 5, the Dubai police came to Kontsov and 12 girls who took part in the shooting, they were detained for violating public morality and taken into custody.

Earlier, diplomats feared that the investigation against Kontsov could drag on - as a rule, violations under the article that are imputed to Kontsov and the detained models are being investigated for a longer and more thoroughly, RT was reported at the Russian Consulate General in Dubai.

The process could also be complicated by the approach of the Muslim holy month of Ramadan, when many government agencies are moving to a reduced schedule.

The article on violation of public morality, imputed to Alexei Kontsov and the arrested girls, involves a punishment of imprisonment for up to six months and a fine of 5,000 dirhams (about 100,000 rubles).

Russian diplomats also feared that a citizen of the Russian Federation would be attracted under a more serious article - as a distributor of obscene materials.

So, in accordance with Art.

17 of the UAE cybercrime law, the production and distribution of pornographic and obscene materials implies imprisonment for up to one and a half years, as well as a fine of 250 to 500 thousand dirhams (about 5-10 million rubles).

"He was detained illegally"

Soon after the news appeared about the scandalous shooting in Dubai and the possible involvement of a Russian citizen in it, the identity of the detained Russian became known.

Alexey Kontsov is the founder of the large IT company Involta, based in Ivanovo.

In addition to services in the field of information technology, the company also provides training for schoolchildren and cooperates with Ivanovo State University.

By the way, judging by the publications of Kontsov on social networks, in Russia he is waiting not only for a successful business, but also for a small son - now the boy lives with his mother.

The press service of Involta RT confirmed that the founder of the company was detained in Dubai.

“He was really detained.

We are now dealing with this issue, finding out the reasons why he was detained and under what circumstances, "- explained the representative of the company.

According to Alexei's colleagues, the man was on vacation in the UAE.

Judging by the information disseminated in the media, Kontsov, like his colleagues, insisted on his innocence.

According to the businessman, he did not arrange any photo sessions or obscene parties, but only was in a nearby hotel and recorded a video from his balcony.

On the video posted by Kontsov, it is noticeable that the balcony with posing girls is located in the building opposite, several floors below.

On April 6, the governor of the Ivanovo region, Stanislav Voskresensky, announced on his Instagram account that he had asked the Russian Foreign Ministry and the Russian ambassador to the UAE to help a businessman from Ivanovo.

Social media users were also able to identify some of the Ukrainian model girls detained in Dubai and find their social media accounts.

So, one of the girls, Yana, was calculated by a tattoo on her leg.

In her Instagram account, she published videos and pictures from a trip to the Emirates that ended in detention: beaches, expensive hotels, cars and restaurants.

Judging by other publications on Yana's account, she, along with other girls, often travels to exotic countries and participates in candid filming.

The consulate of Ukraine confirmed the detention of its citizens in Dubai and stressed that it cooperates with the local police.

At the same time, the Ukrainian media, citing the consulate, wrote that in connection with the approach of Ramadan, the girls could be pardoned and released from punishment.

When it became known that the defendants in the case of indecent behavior were being deported from the UAE, the Ukrainian media also reported that they had figured out the real organizer of the indecent party and photo session in a Dubai hotel - the shooting was allegedly carried out by a native of Ukraine Vitaly Grechin, who, judging by publications on social networks, often travels around the world in the company of female models.