JO-2024: justice suspends in summary proceedings the work of the media village in Seine-Saint-Denis - France 24 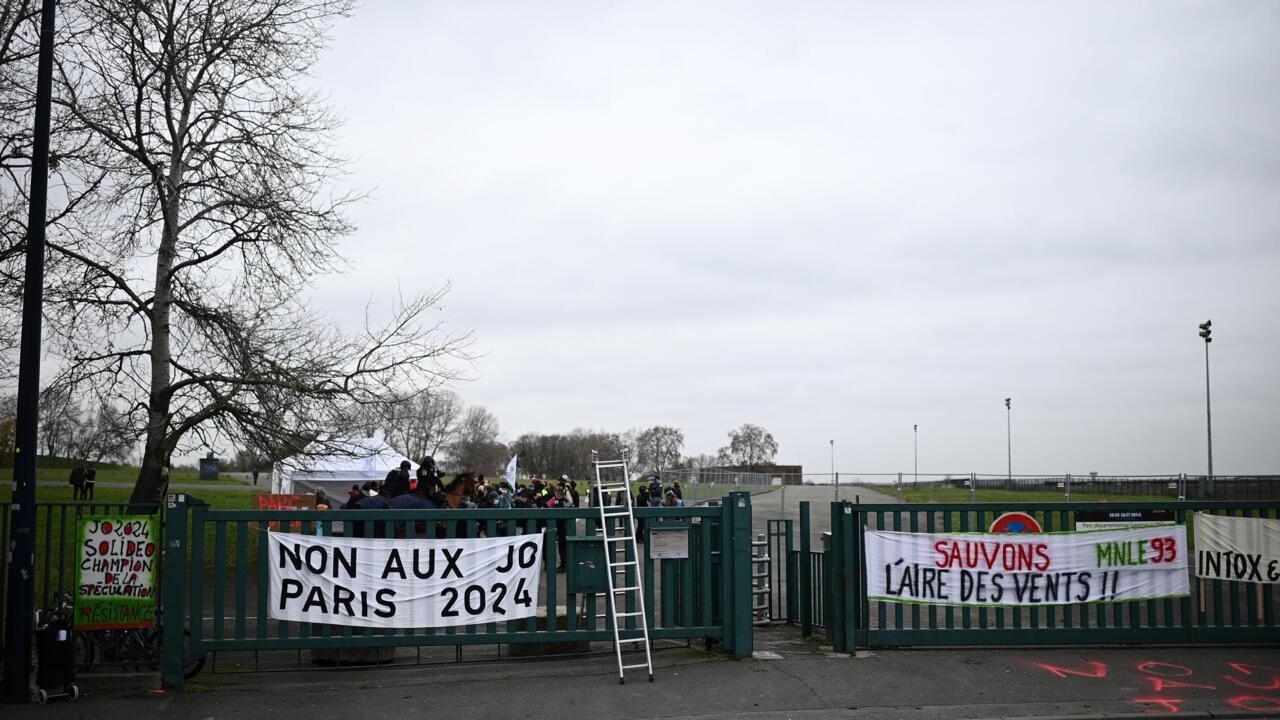 Administrative justice on Tuesday suspended the work of the media village of the Paris-2024 Olympic Games, planned to accommodate up to 2,000 journalists and technicians on part of a park in Seine-Saint-Denis.

The Paris Administrative Court of Appeal suspended part of the environmental authorization issued in November 2020 by the prefect of Seine-Saint-Denis.

"The Olympic Works Delivery Company is ordered to instruct its co-contractors so that they cease all work," she said in her order, consulted by AFP.

Planned in the Georges-Valbon departmental park in the Aire des Vents area, in Dugny, the media village - initially called the "media cluster" - must accommodate up to 2,000 journalists and technicians during the Olympic and Paralympic Games in 2024.

The buildings must then be converted into 1,300 housing units, 20% of which are social housing, as part of an "eco-district".

Two associations, the local branch of the National Movement for the Fight for the Environment (MNLE 93) and the Collectif pour le Triangle de Gonesse, lodged a new appeal against this project in February before the Paris Administrative Court of Appeal, competent in litigation related to the Olympic Games-2024.

Denouncing a "definitive artificialization" of this park of 400 hectares, these organizations, accompanied in their approach by 36 people, residents and users of the park, had doubled this procedure of a summary suspension, which a summary judge approved on Tuesday .

The latter considered that the prefectural decree referred to, in the exemption that it grants to the prohibition against attacking protected species, does not meet the provisions of the environmental code as it stands.

"The Olympics have never been a problem for us", reacted to AFP Jean-Marie Baty, president of MNLE 93, but "it is a process which passes through the Olympic Games to make real estate promotion ".

"We must continue to fight against this desire to artificialize the smallest green space in our department," he continued.

- Failure of a first appeal -

The court has yet to rule on the appeal itself, a process that requires more time.

And which will seriously complicate the planned work.

Contacted by AFP, the Solideo did not wish to react immediately.

During a hearing in the Senate last week, the director general of the Solideo, Nicolas Ferrand, estimated that they had "time" and "could absorb the vagaries".

The Ministry of Ecological Transition and the Olympic Works Delivery Company (Solideo) must each pay the applicants 750 euros.

Opponents of the media village are scheduled to meet on Sunday at the Aire des Vents, which traditionally hosted the Fête de l'Huma.

The same applicants were already at the origin of previous proceedings against the media village, which had failed.

At the beginning of February, the Administrative Court of Appeal rejected their appeal, in which they requested the annulment of the cession of the land by the Departmental Council of Seine-Saint-Denis to the Solideo, for 6.9 million euros.

In total, the Solideo, which has a public money budget of nearly 1.4 billion euros (out of approximately 3.2 billion), supervises 62 structures.

The poorest department in mainland France, Seine-Saint-Denis will receive several crucial infrastructures for the 2024 Olympics in Paris, with the blessing of local elected officials but the opposition of certain residents and associations.

Centerpiece of the infrastructure of the Olympics, an Olympic village of 300,000 square meters will see the light of day in Saint-Denis, Saint-Ouen and Ile-Saint-Denis.

Dozens of cranes and thousands of workers must land in 2021. Everything must be completed by December 2023.