A hedge fund failure results in a loss for Credit Suisse

The turbulence at a US hedge fund causes a loss at the second largest Swiss credit institution. Now two top Credit Suisse managers have to leave. 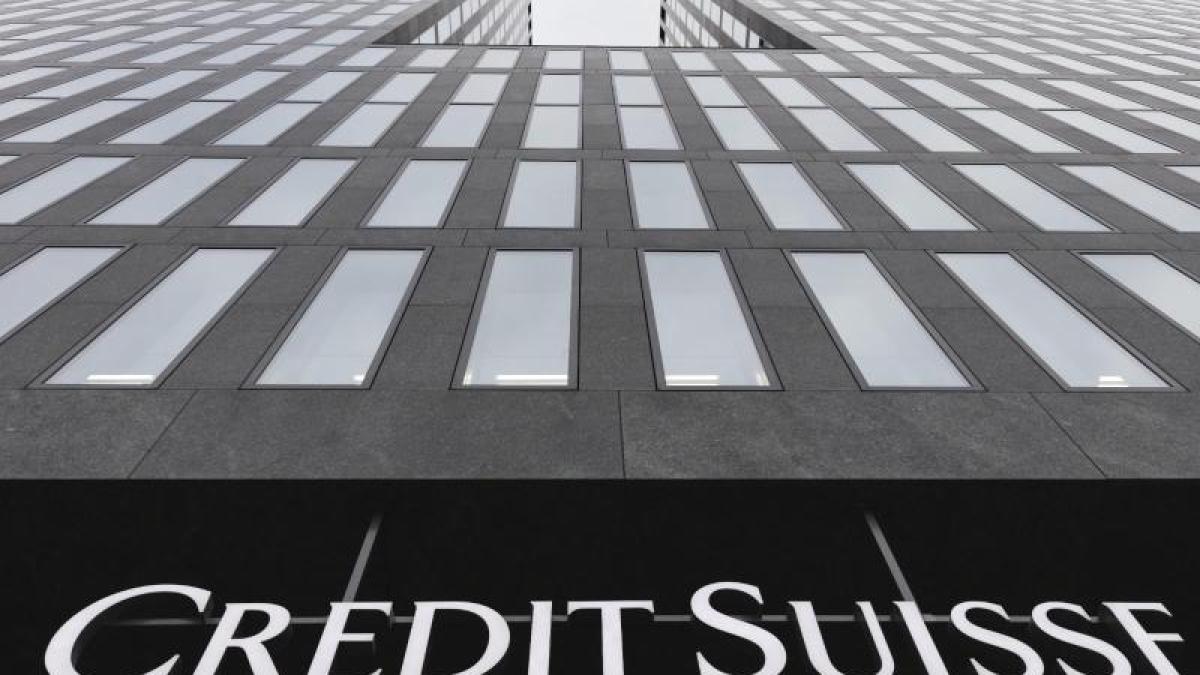 Zurich (dpa) - The failure of a US hedge fund will cost the second-largest Swiss bank Credit Suisse dearly.

The burden is likely to amount to around 4.4 billion Swiss francs (4 billion euros), the institute announced on Tuesday in Zurich.

For the first quarter, management expects a pre-tax loss of around CHF 900 million.

In addition, Credit Suisse announced that the Executive Committee would forego bonuses, that the buyback of own shares would be suspended and the dividend would be capped.

The hedge fund debacle is the second failure this year for the second largest bank in Switzerland behind UBS.

Before that, the bankruptcy of the British-Australian financial conglomerate Greensill Capital hit Credit Suisse.

The bank is currently trying to save as much money as possible for the benefit of investors in several supply chain finance funds that it launched with Greensill.

The loss caused by the collapse of the US hedge fund was "unacceptable," said CEO Thomas Gottstein.

Together with the liquidation of the supply chain financing funds, this has led to uncertainty.

Both matters would be studied in depth and the bank would learn the lessons from them.

Now the shareholders are not supposed to vote on the discharge of the board of directors and group management as planned at the annual general meeting on April 30th.

The institute does not want to approach the shareholders until the investigation has been completed.

Credit Suisse had already warned of high losses at the beginning of last week because an important US hedge fund had failed to meet the so-called margin calls from the bank and other financial institutions.

According to information from dpa-AFX and other media, this is the Archegos fund of investor Bill Hwang, with which other banks were also in business.

However, the failure of the hedge fund is likely to have hit Credit Suisse more badly than almost any other financial institution.

The Deutsche Bank, however, came out of its dealings with Archegos without losses.

The investment banker Christian Meissner, who has been working for the institute since October, will take over his job on May 1st.

There is an interim solution for the tasks of the resigning Risk and Compliance Head Lara Warner: Joachim Oechslin, who was most recently chief advisor and chief of staff at Gottstein, will be the head of risk for the time being.

Thomas Grotzer, Chief Legal Officer at Credit Suisse Switzerland, will temporarily be the Head of Compliance.

Chairman of the Board of Directors Urs Rohner waived 1.5 million francs.

But the shareholders should also take it easy: They should agree to a cut in the dividend by around two thirds to 10 cents per paper.

The institute does not want to buy back its own shares until further notice in order to improve its capital ratio again.