Why should you drink half a cup of red beetroot juice daily?

A study revealed that drinking about 140 milliliters (a little more than half a cup) of red beetroot juice a day alters the microbes in the mouth in a way that leads to good results on blood vessels and the brain. 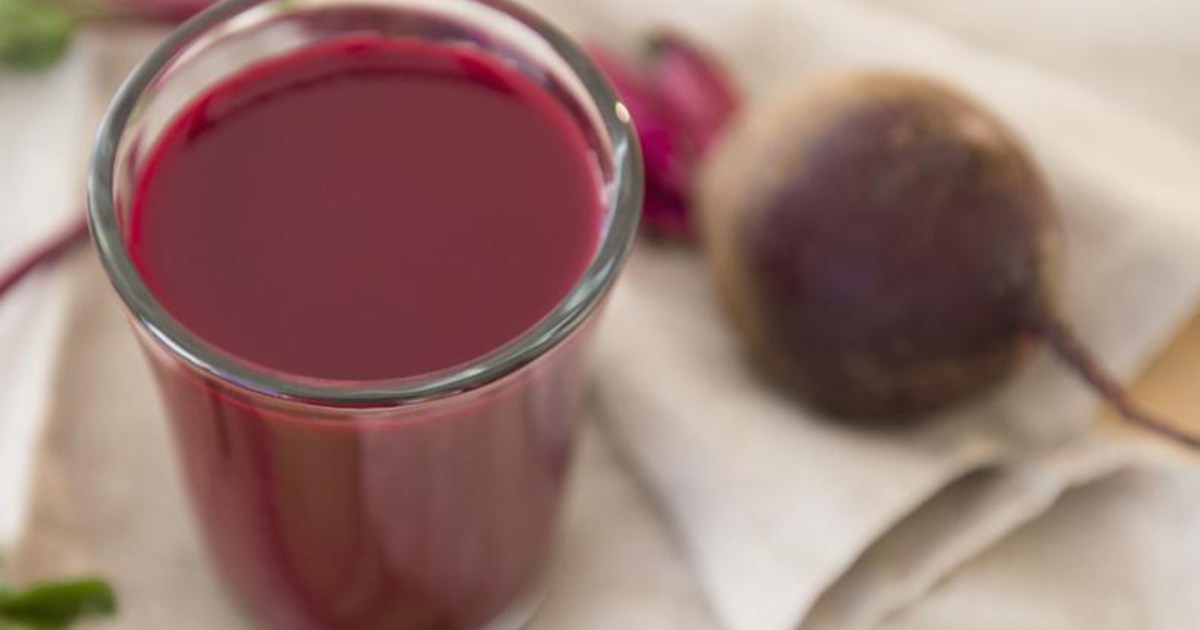 A study revealed that drinking about 140 milliliters (a little more than half a cup) of red beetroot juice a day changes the microbes in the mouth in a way that leads to good results on blood vessels and the brain, and to reduce the formation of bacteria associated with diseases and infections.

We note here that this study is for general guidance, as drinking beetroot juice is not a cure for vascular disease, heart disease, or any other disease.

Check with your doctor to learn the benefits and risks beetroot juice may give you, and in the amount that is right for you.

The study was conducted by researchers from the University of Exeter in Britain, and it was published in the journal "Redox Biology", and written by "Deutsche Welle".

Red beetroot is rich in nitrate, and the researchers said that some types of bacteria in the mouth play a role in converting those nitrates into nitric oxide, which helps regulate the work of blood vessels, and the elderly usually suffer from a lack of production. .

The study found that people between the ages of 70 and 80 years, consuming 140 milliliters per day (70 milliliters twice) of red beetroot juice raises the fitness of blood vessels, enhances cognitive brain function, and a cup is equivalent to 250 milliliters.

The study said that many oral bacteria convert "inorganic nitrate" - a natural part of a diet rich in vegetables - into "nitrite", which is a "precursor" to obtain nitric oxide. It is a regulator of vascular health and neurotransmission.

The study said that aging is characterized by decreased nitric oxide production, with concomitant damage to cardiovascular and cognitive function.

This study analyzed the effect of dietary nitrates and a 10-day placebo treatment to test the relationships between physiological, cognitive and oral bacterial groups in the elderly.

The researchers found that the relative abundance of Proteobacteria increased, while Bacteroidetes, Firmicutes and Fusobacterium decreased after adding nitrates.

The study said that the juice reduces the appearance of bacteria in the mouth, which in turn lead to diseases and infections. On the other hand, drinking the juice promotes other bacteria that are beneficial to health.

University professor Annie Vanhattalo, the author of the study, said that "the consumption of foods rich in nitrates - and in our case here beetroot - lead to positive changes to the microbiological system in the mouth."

The microbiome system is the group of microbes that live and coexist with the body.

For his part, the Swiss Health Center says - in statements to the German news agency - that red beetroot has great health benefits, as it is a friend of the liver and heart.

The center explained that red beetroot is rich in "betaine", which stimulates the liver and gallbladder cells, and then it contributes to stimulating the digestive process on the one hand, and helps the body to expel toxins on the other hand.

Betaine also works to reduce the level of the amino acid homocysteine, which is associated with heart disease, and thus it protects against cardiovascular disease.

The red beetroot includes nitrates, which in the body turn into nitrites, which in turn stimulate the production of nitrogen monoxide in the blood.

Which reduces the risk of heart attacks and strokes.