That brings the football week

FC Bayern is on course for the title in the league, while BVB threatens to miss the minimum target. This week, both are challenged in the quarter-finals of the premier class. 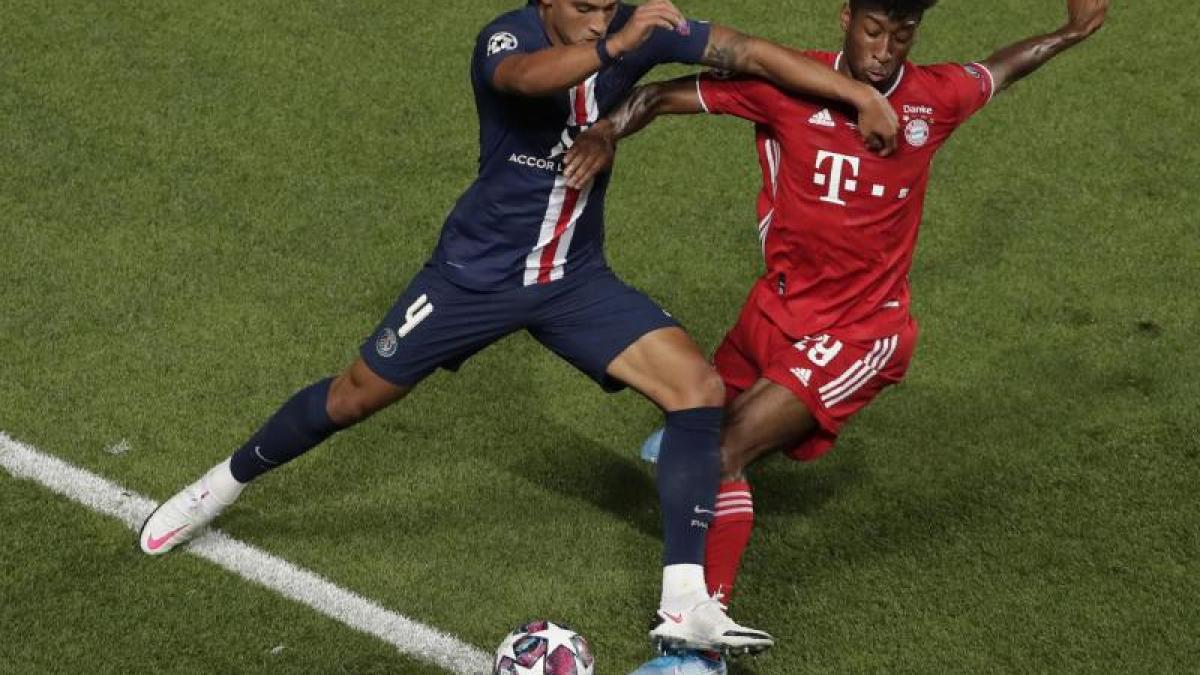 Berlin (dpa) - After the international break, the hot phase in the European Cup begins this English week.

The quarter-final first legs with FC Bayern Munich and Borussia Dortmund are coming up.

In addition, the catch-up game will be played in the DFB Cup, and the German women's national team will contest the next friendly.

CHAMPIONS LEAGUE I: For Borussia Dortmund, it could be the penultimate time for a long time that the Champions League anthem sounds.

After the 1: 2 in the Bundesliga against Eintracht Frankfurt, the renewed qualification for the premier class is in great danger - and the team is particularly challenged.

But I can no longer do that for the appearance in the game against Eintracht Frankfurt, "said managing director Hans-Joachim Watzke the" Ruhr Nachrichten ".

He was "extremely disappointed".

Against the star ensemble of Manchester City, the team now has the chance to make amends on Tuesday.

CHAMPIONS LEAGUE II: After the groundbreaking 1: 0 at RB Leipzig on the way to the ninth German championship in a row, the next duel with a final character will follow for FC Bayern Munich.

The new edition of last year's final against Paris Saint-Germain is now in the round of the last eight.

After the first leg in Munich on Wednesday, the second leg in Paris is due six days later.

Also not there: striker Robert Lewandowski.

CHAMPIONS LEAGUE III: Jürgen Klopp has long ticked off the renewed triumph in the English championship with Liverpool FC.

Now the Reds' focus is on the only remaining chance for the title.

Opponents on Tuesday (9 p.m. / Sky) in the quarter-final first leg are record winners Real Madrid, the second leg in Liverpool will rise next week.

Thomas Tuchel and Chelsea have been drawn to the supposedly easier opponent.

With Paris Saint-Germain, Tuchel had reached the final in the preseason and lost to Bayern.

DFB-POKAL: Now the time has come: Jahn Regensburg and Werder Bremen will fight for a place in the semi-finals of the DFB Cup on Wednesday (6.30 p.m. / Sport 1 and Sky).

In the league, both first division Werder and second division Regensburg have not won three times recently.

Jahn has a curious series in the cup: Regensburg did not go without detention this season.

The Oberpfälzer had to go to penalties three times, three times they got through.

Keeper Alex Meyer saved at least one penalty in each of these three rounds.

After a corona outbreak at Jahn, which also led to the postponement of the season highlight against Werder, the Regensburg team were in isolation for two weeks.

BUNDESLIGA: The championship has practically been decided - the tickets for the Champions League also seem to be as good as given at the moment.

However, fourth in the table Eintracht Frankfurt will play against third VfL Wolfsburg on Saturday (3.30 p.m. / Sky).

A draw would help the pursuers: Borussia Dortmund will play the top game on Saturday evening (6.30 p.m. / Sky) at VfB Stuttgart, Bayer Leverkusen will play at TSG Hoffenheim on Monday evening (8.30 p.m. / DAZN).

In the relegation battle, there will already be a duel between 1. FC Köln and FSV Mainz 05 on Sunday (6:00 p.m. / Sky). A Mainz win could cost FC coach Markus Gisdol the job.

CLÁSICO: In Spain on Saturday (9 p.m.) the eternal duel between the two arch-rivals is on the agenda again.

Both major clubs are close to each other in the championship, but both are still behind Real's city rivals Atlético Madrid.

WOMEN'S LÄNDERSPIEL: Since the next big tournament is only the EM in 2022, national coach Martina Voss-Tecklenburg can continue to test diligently.

Voss-Tecklenburg has a clear plan for the two games: “The focus is now on the topics of activity and courage paired with maximum and quality.

In addition, smaller forms of play and good combinations should be trained in tight spaces. "