Olivia de Havilland and Joan Fontaine: jealousy and hatred between sisters because of their mother

A coin with two sides. fight of egos. Enmity beyond celluloid-wrapped dreams. The germ of hatred between the sisters Olivia de Havilland (1916-2020) and Joan ... 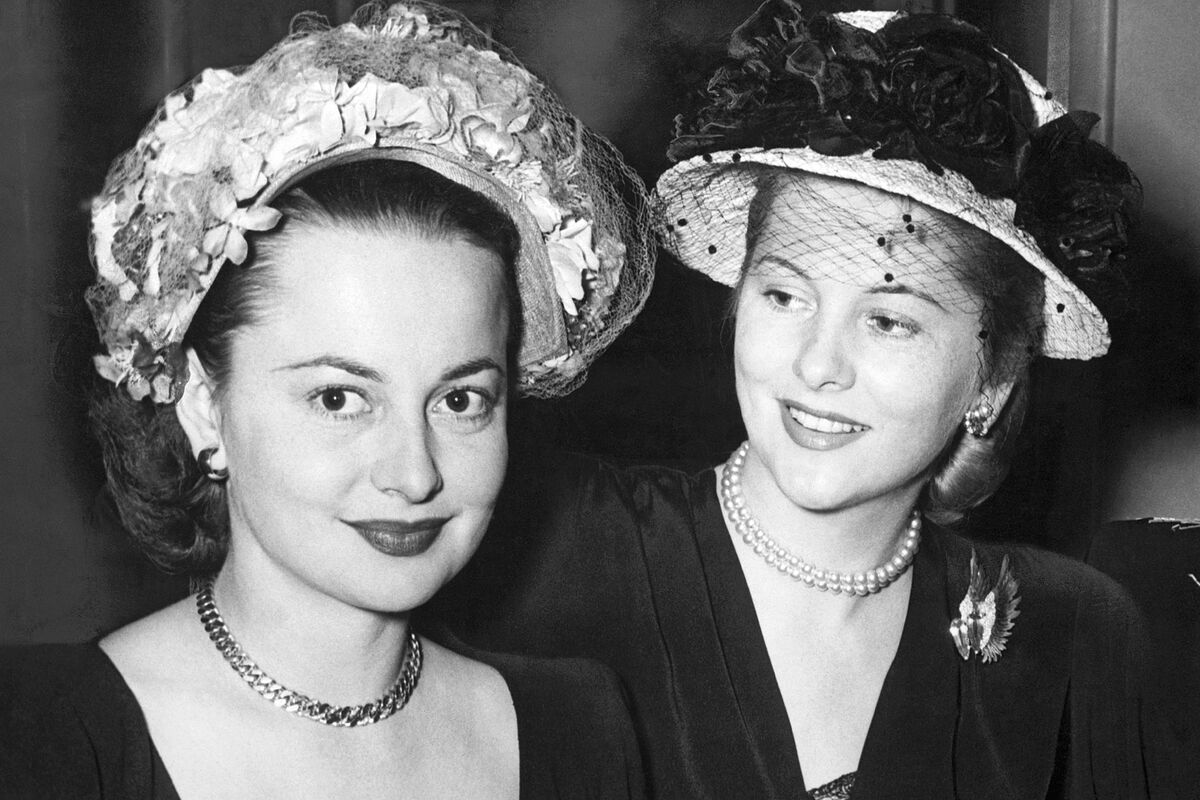 A coin with two sides.

The story of Olivia de Havilland and Joan Fontaine

, which has just been translated into Spanish for the first time thanks to the Notorious publishing house.

Her mother, Lilian, was so devoted to Olivia

that this mother-child love led to what Freud called catastrophe and Lacan renamed devastation.

Born in Tokyo to a high socio-economic background, to a family whose roots go back to the Haverlands of Normandy that aided William the Conqueror in the invasion of England in 1066,

the matriarch influenced Olivia to be the protector, the seductress, the perfectionist.

and the responsible one with a

promising future in the cinema,

Joan was an emotional invalid

who constantly needed the approval of her older sister.

so she had to sew them and when they fought, Joan would slap her and Olivia would tug at her hair.

With the perspective that time gives, his speeches became contradictory.

"I loved it when Joan leaned her little head on my shoulder and asked me to tell her a story," de Havilland recalled, but Fontaine disagreed in an interview in

"Our big problem was that we shared a room",

Olivia confessed in another interview, while, with great irony, Joan confirmed to

More stars than in the sky

(1989) that "it is true that we were enemies and still We are. What happens is that my arrival was not announced to my sister correctly. You are not going to have a little sister to play with. She was fifteen months old when I was born, enough to be an intruder and ruin her life. And since then it is what I do ".

"The constant harassment to which her mother subjected her

, the contempt of Olivia and

left her practically alone in the world."

Lilian did not want Joan to overshadow Olivia's career

at Warner, so they both avoided being related, since the former borrowed her stepfather's surname and the latter inherited it from her father.

To make matters worse, the first-born gave her sister a small salary to

act as driver and assistant

, but as soon as director Mervyn LeRoy realized that Joan had beauty and talent, he tried to get the studio to hire her too, but Olivia and his mother refused.

LeRoy did not give up and landed her a role in

Gone with the Wind

because the Fontaine was the first to audition, as she wanted to play Scarlett O'Hara, but the director, George Cukor, argued that he saw her. better in the role of

, to which she replied:

"If you want me to play a fool, better call my sister

And Olivia became a superstar thanks to this classic epic.

Two years later they competed for the same role in Rebecca, for which Fontaine was first nominated for an Oscar.

the two stars competed to see who had the

When Olivia was asked what she thought of her sister, she would reply: "Joan is the most beautiful when she rests" and if they asked Joan how she thought she might die, she would say: "Performed in

columns of Hopper and Parsons

as they watched the best melodramatic plot ever written unfold before their eyes.

When Olivia finally married the writer

, her sister did not hesitate to tell the two gossiping journalists:

. A pity that it was not al reverse".

That statement once again dynamited the bonds between the sisters who had seen each other from time to time.

The Intimate Life of Julia Norris

in 1947, she turned her back so abruptly that a photographer captured this historic moment.

Previously, they had already had a bad roll regarding the golden statuette.

In 1942, the gossip columns were on the lookout because they

for best performer for

(Olivia), which was the big favorite.

In his memoirs titled

It Wasn't a Bed of Roses

"I thought my sister was going to jump on the table and grab my hair."

Finally, Olivia got the revenge because she won another Oscar for

Jealousy was almost always on the surface.

Olivia once said to Joan's second husband, producer William Dozier, "Can you imagine what it's like to be the older sister and have the little one always be the first to get it all?"

In this regard, Joan always had a more acid sense of humor:

"I got married the first, I won an Oscar the first,

I had a child the first. If I die, she will be furious because I will have won it again."

A century after the origin of their rivalry, the end result is a draw.