«You are not alone»: Incident racism in Spain's football

A racism allegation overshadows a game in the Spanish Primera División. The game of FC Valencia is long interrupted and then continued. The circumstances create anger and questions. 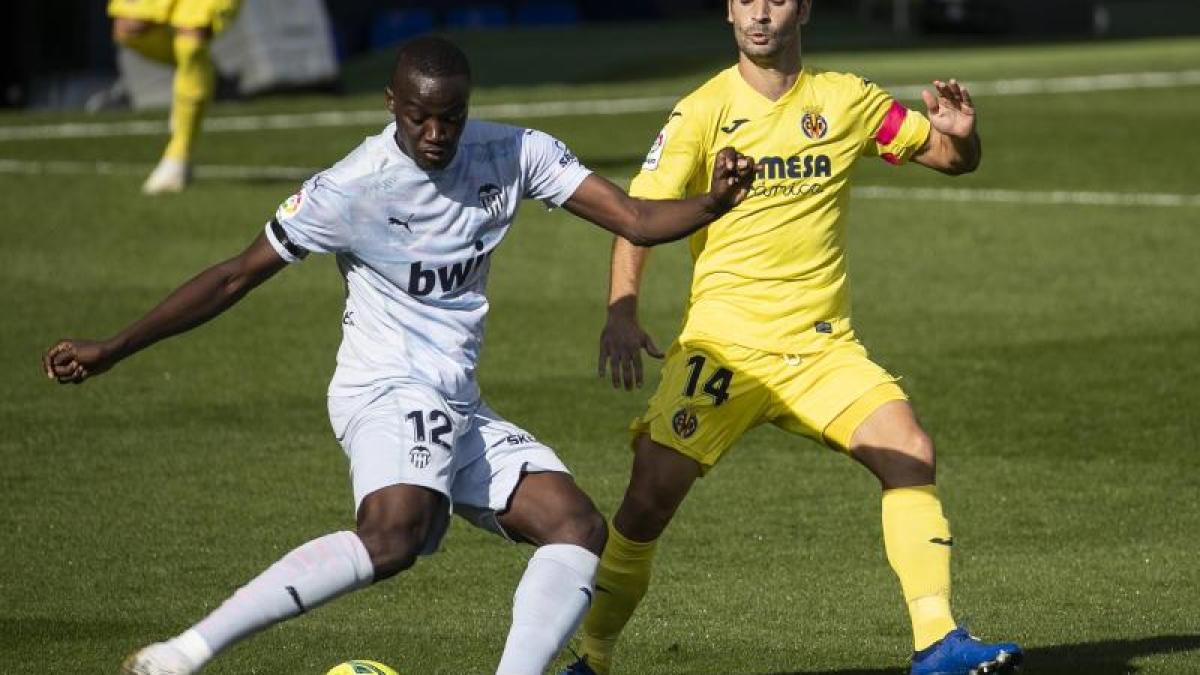 Madrid (AP) - Mouctar Diakhaby sat with his arms crossed and staring in the stands as the game that shook Spanish football continued.

The 24-year-old from Valencia CF, who, according to his team-mates, was “devastated”, was allegedly insulted during the game at Cádiz.

There was a riot.

After his teammates left the pitch in protest, the game was interrupted for 24 minutes on Sunday evening before it was kicked off again under questionable circumstances.

Without a diakhaby, but with the possible culprit.

"What happened today should never be repeated in football," said Valencia CF and made it clear that the referee pointed out possible penalties for abandoning the game during the break.

Diakhaby asked his teammates to return to the lawn and fight, the club wrote.

The defender himself waived.

“You are not alone”, the Madrid sports newspaper “Marca” had a big headline on Monday on its first page, which was largely black as a sign of sadness and solidarity.

Cádiz professional Juan Cala, who was responsible for the incident in the 29th minute with his statements in the direction of Diakhaby, meanwhile denied the allegation of racist insult.

"The presumption of innocence apparently does not exist in this country," said the central defender on Monday in the sports television channel Gol.

“Tomorrow at a press conference I'll be available to answer questions.

I'm not going to hide, ”assured the 31-year-old professional, whose real name is Juan Torres Ruiz.

His coach Álvaro Cervera had previously said that Cala had denied the insult to him.

"I have to believe my player, and I do too."

The club also stood behind Cala: "We have no doubts about the honesty of our professionals, who are staunch supporters of the fight against racism."

The fact that the match was simply continued without Diakhaby, who was warned for the dispute with Cala with yellow, and without further measures, was “unacceptable” and “a defeat for all of us”, wrote the “Marca”.

The sport has "no point".

Other media also criticized the actions of the officials and the league.

“Football looks the other way and does nothing,” said the specialist newspaper “Mundo Deportivo”.

There is still no action protocol "to fight this scourge" when a player is primarily responsible.

“Say no to racism!” Tweeted, among others, the Spanish international Pau Torres from the first division club Villarreal.

The scandal brought back memories of the Champions League game between Paris Saint-Germain and Istanbul Basaksehir, which was only canceled in December.

The reason at the time were allegations of racism against the fourth official.

Investigations should show what exactly happened.

Referee David Medié Jiménez wrote in his report, quoted in the media, that Diakhaby, after receiving a warning, reported that Cala had racially insulted him.

The referees would not have heard.

The report says nothing about the accusation that the guests were forced to continue playing without further measures and under threat of a 0: 3 rating and other consequences.

Diakhaby, who moved from Olympique Lyon to Valencia in the summer of 2018, did not comment for the time being.

His teammate José Luis Gayà reported on TV that he was "devastated" and could not continue playing.

"Without his permission," they would not have played, said the Spanish international.