In Thuringia, the asparagus season starts after Easter

It wasn't quite enough for the Easter meal. But if everything goes well, the first Thuringian asparagus can be on the table the next weekend. 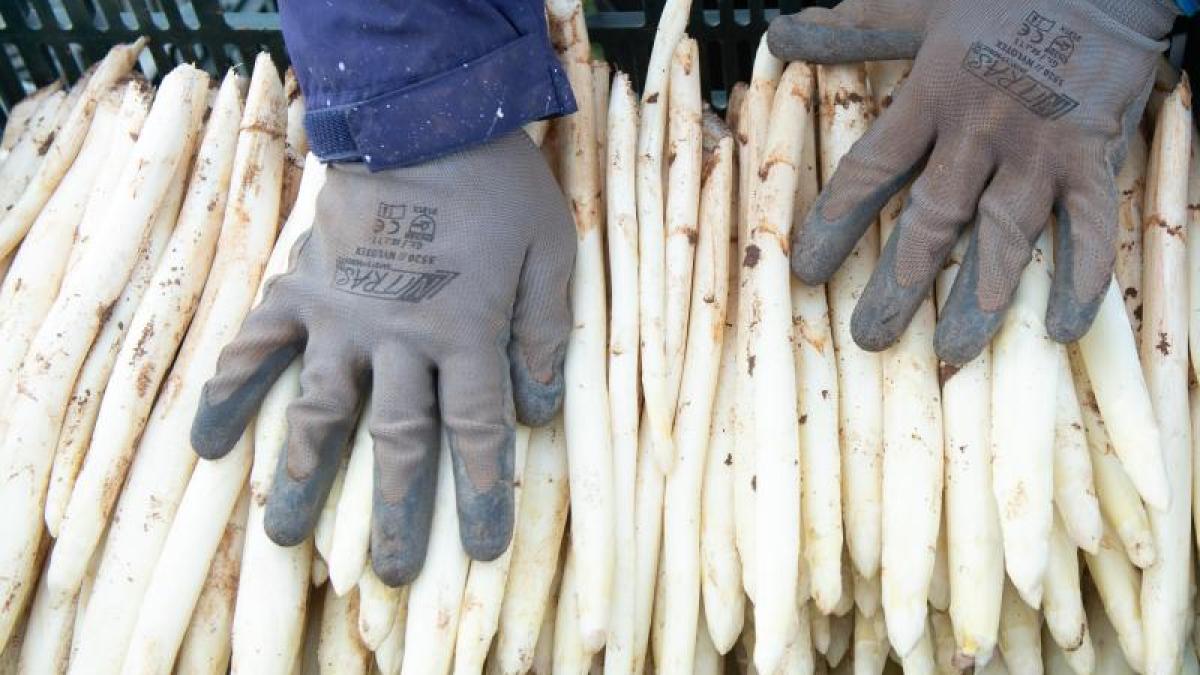 Then, according to the Herbsleben Agricultural Society and the Kutzleben asparagus farm (Unstrut-Hainich district), the first tricks are set - and the first Thuringian sticks are sold.

"We may have a little next week," said Arvid Schmidt-Heck from the board of directors of the Herbsleben agricultural company.

Maybe even enough to be able to open the farm shop.

It was too cold for asparagus at Easter.

"In the cold, everything takes longer," explained Schmidt-Heck.

However, the start of the harvest in recent years was unusually early, so the season will start normally in 2021.

And that's why there won't be less asparagus.

The season also begins at the asparagus farm in Kutzleben.

«The warm days were great now, but they came a little too late for us.

Of course we wanted to have Easter with us, ”said managing director Jan-Niclas Imholze.

But asparagus should be available in the farm shop next Thursday, and sales at the stalls will start on Friday.

"And then there will be asparagus again from then until the end of June."

According to the Association of East German Asparagus and Soft Fruit Growers (Vosba), the first farms had already started harvesting before the festival.

"There are companies that already have stocks at Easter that they can sell," said Vosba managing director Jürgen Schulze.

In Brandenburg, for example, the first sticks are already there for the festive meal.

But elsewhere too, things are starting to “start slowly”.

Little by little, the quantities should increase in the coming week.

"Everyone tries to get going as early as possible, of course," said Imholze.

In Kutzleben there were numerous asparagus inquiries before Easter.

Was he able to fulfill the Easter wishes?