Despite the price pressure on funds, Swedish savers paid a fee of SEK 35 billion last year

Despite the pandemic, 2020 was a record year for fund savings in Sweden. The fees also ended up at record levels. In total, savers and future pensioners paid approximately SEK 35 billion in fees. 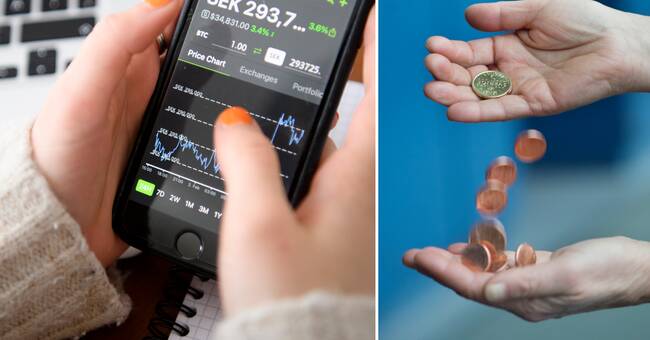 If you include the money saved during the first three months of this year, the total fund assets are over SEK 5,600 billion.

It is about private fund savings, about occupational pensions and premium pensions.

Fund fees in Sweden have decreased over time.

At the same time, even with international standards, large fund savings have meant that the fund industry still earns very large amounts.

Real price pressure on the market

According to the fund and insurance company AMF's annual fee report, in 2019 the average fund fee was 1.38 percent.

In recent years, there has been real price pressure - especially for the so-called index funds, which automatically follow the stock market average.

Fund and insurance companies such as SPP, AMF and Länsförsäkringar currently have equity index funds that cost around 0.2 percent.

The online brokers Avanza and Nordnet have zero-fee funds.

Does not tell how much they earn

The Swedish fund industry has historically been very profitable.

The trade association Fondbolagens förening has a lot of statistics when it comes to saving.

But they do not disclose how much money their members earn or collect in fees each year.

But by multiplying the different fund categories in which Swedes save their money with the average fund fee, SVT has produced a credible figure.

We have used so-called weighted contributions and taken into account the discounts that exist in the PPM system and the occupational pension.

This is about as much as the government and the state annually spend on "financial security in old age", which includes guarantee pensions and housing supplements.

The fund companies' association does not want to comment on the information but writes in an email that the sum is probable.

- Over time, the fee is the most important component.

I think a fund should not cost more than one percent.

There is nothing to say that a fund is better because it has a high fee.

Above all, it is more expensive.

That is the only thing that characterizes it, he says.