With Khedira to the derby hat trick? - Kruse has something against it

Khedira at Hertha - Kruse at Union. Two absolute leaders. And yet as different as the two Berlin clubs, which will only meet for the fourth time in the Bundesliga on Sunday. 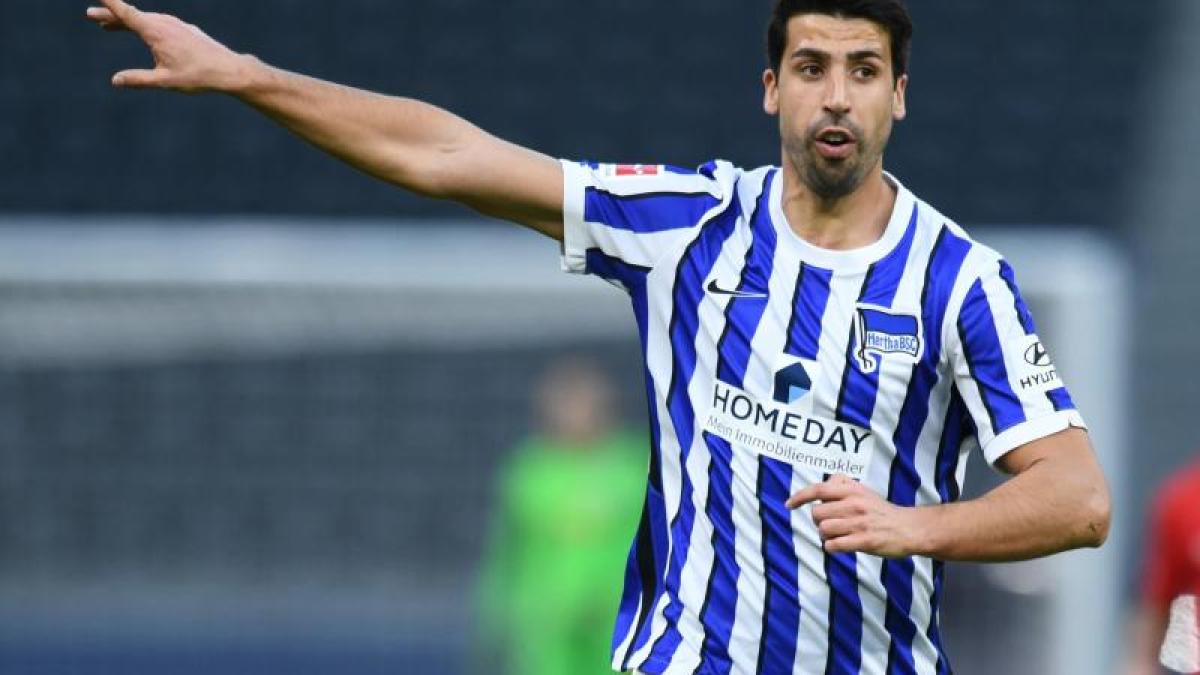 He knows it from Madrid: Real against Atlético.

He knows it from Turin: Juventus Turin against FC.

On his 34th birthday, the well-traveled world champion can look forward to a new derby experience: Union versus Hertha - the fight for (more than) the Berlin city championship.

In time, Khedira is fit again after his calf injury and three games forced break.

"I'll definitely take him with me," said coach Pal Dardai.

Khedira, who quickly wished his Juventus friends good luck for their derby via social networks, seems to be good and important for the Herthaners' indoor and cabin climate.

A leader type that the club, which is fighting against relegation, was especially lacking on the pitch.

Dardai left it open whether and when Khedira, who played his last derby to date in November 2019 and won 1-0 with Juventus against FC Turin, will be allowed to step onto the lawn in the An der Alten Försterei stadium during the season.

The injury threw the midfielder back.

The fact that Hertha won two of the three games during Khedira's forced break shows that the team under coach Dardai is more stable overall.

And she wants the derby hat trick.

Hertha won the last two city duels, both times in the Olympic Stadium.

In Köpenick, they suffered a 1-0 defeat at the first Bundesliga derby in November 2019, when Khedira was still playing at Juventus.

It also means that in the ranks of the Unioners, there is one person in particular who has not yet enjoyed a victory in the prestigious and charged capital city duel: Max Kruse.

One that trend researcher Erik Wenzel did not remain a secret.

"He has a certain glamor factor, is a bit puzzling, but plays football incredibly well," said the 54-year-old in an interview with the "Tagesspiegel" (Saturday).

Kruse is a year younger than Khedira, Kruse was also a national player, but in contrast to the 77 games by Khedira, he only made 14 appearances.

He was not nominated for the 2014 World Cup in Brazil by Joachim Löw, and less than three years after his debut in the national team, Kruse's career there came to an abrupt end.

«Max has behaved unprofessionally once more.

I don't accept that, ”Loew explained in March 2016. A few months earlier, Kruse scored the 2-1 winner in the last European Championship qualifier against Georgia.

In Köpenick, Kruse can't be denied a casual saying, he rumbles on social networks.

But Kruse is there on the pitch - and how.

Kruse scored a quarter (10) of the Unioner's 40 goals so far this season.

And that although the offensive man committed in August was out for weeks after an injury in the derby first leg and had not played twelve games.

"He has ideas, he has creativity," praised his trainer Urs Fischer.

But he has not yet won a derby in Berlin - just like Khedira.

Details about the game on bundesliga.de

Details about Kruse in the DFB data center

Details about Khedira in the DFB data center