When Easter hits Ching Ming Festival, is it coincidence or fate? 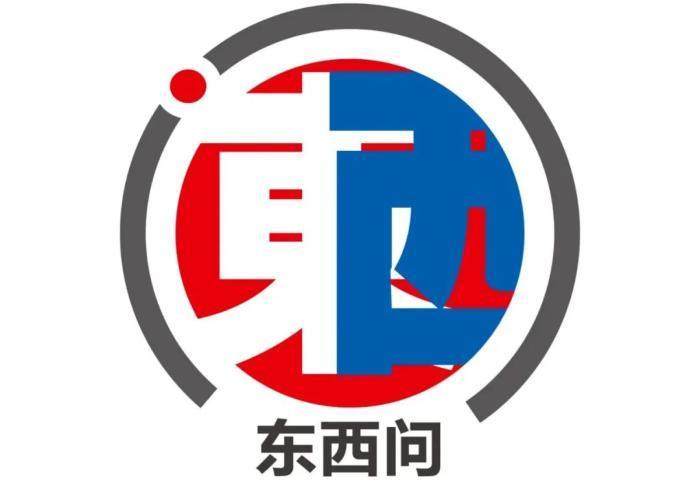 (Something asks) When Easter hits Ching Ming Festival, is it coincidence or fate?

This year's Tomb-sweeping Festival and Easter are full of enthusiasm. Two important festivals related to spring and life and death in the East and the West are on April 4th.

Tomb-sweeping Festival is a traditional folk festival for Chinese people to worship their ancestors and mourn their dead. Easter is a religious festival for Christianity to commemorate the resurrection of Jesus. Both festivals occupy an important position in their respective cultural traditions.

According to the current Gregorian calendar algorithm, the probability of two periods on the same day is about 1/30. The encounter between two periods is not so much a coincidence, as it is fate.

On April 1, the people carried out the Qingming Festival sweeping activities in Chongqing Geleshan Martyrs Cemetery.

In 2016, the 24 solar terms were officially included in the UNESCO Representative List of Intangible Cultural Heritage of Humanity. It can be seen from its international English name "the 24 Solar Terms". The current solar terms are calculated according to the solar calendar, and each solar term corresponds to the sun. Every 15° movement on the ecliptic.

"Spring rains start the spring and clear the valley, summer is full of awns, summer and summer are connected. In autumn, there is cold and frost in autumn, snow and snow in winter and little cold in winter. The two festivals of each month do not change, and the difference is one or two days at most." In fact, the agricultural saying has already explained why Qingming is the same. The "Western calendar" calculated for the Gregorian calendar has such a neat correspondence.

On March 11, local time, Easter-related foods were placed in a prominent place in a supermarket in Johannesburg, South Africa.

The determination of the Easter date is so "troublesome", which is related to the Jewish Passover and the Jewish calendar used in the Bible, which is also the yin and yang calendar.

The Romans’ calendar was originally a lunar calendar, but later changed to the solar calendar (Julian calendar), and the Christian church decided not to use the Jewish calendar and calculate the date of Easter by itself.

The Orthodox Church stipulates that if the full moon happens to occur on this first Sunday, Easter will be postponed by another week, so this year’s Orthodox Easter will be in May.

Regardless of East and West, no matter what civilization, the original intention, exploration and experience of people using the sun, moon and calendar to guide production and life are the same.

The vernal equinox is the day when the day and night are equal after winter. The "Shixian Calendar" compiled the twenty-four solar terms in modern times. It brought together a group of Western missionaries and local Western scholars during the Ming and Qing Dynasties, such as Matteo Ricci, Xu Guangqi, and Tang Ruowang. intelligence.

Therefore, it is no coincidence that Ching Ming Festival and Easter will coincide on today's Gregorian calendar.

The data picture is: April 13, 2017, local time, New York, USA, Rockefeller Center Chanel Park made an "Easter Bunny" trimmed with ivy and moss to greet Easter, and an egg made of a daisy on top It's so funny and attracts people to take pictures.

The themes of these two festivals happened to be related to the dead and death.

The Qingming Festival was only used as a solar term at the beginning, and it can be seen at the beginning of the Warring States Period with 12 days as a section and a total of 30 solar terms in Guanzi·Youguan.

The authenticity and date of the other widely quoted "Yi Zhou Shu", "Almanac", and "Hundred Questions of the Years" are difficult to test, but the Qingming solar term follows the vernal equinox, and the shape is probably no later than the Tang.

In the early Tang Dynasty, Kong Yingda interpreted Qingming as "clear and bright". Today's internationalized "qingming" is the English translation of "Clear and bright".

It can be seen from the poetry of the Tang and Song Dynasties that Qingming has been closely linked to various folklore activities in spring, and merged with the two older spring festivals, Shangsi and Hanshi.

For more than a thousand years, at the turn of the late spring, people have walked out of their homes, went on outings to get close to nature, or paid homage to their ancestors by sweeping tombs and remembering their ancestors.

On April 1, two elderly people at the tombs of the Martyrs in the Martyrs Cemetery of the North China Military Region in Shijiazhuang, Hebei.

The full moon after the vernal equinox means shining light and defeating darkness, and Sunday symbolizes new life and a new beginning.

In the 4th century AD, by the resolution of the First Council of Nicaea, the Christian Church established on this day to commemorate the resurrection of Jesus Christ from the dead on the third day after his martyrdom, as the peak of Christian faith.

However, the iconic folk culture of Easter, such as dressing up and giving eggs and hares, did not originate from Christianity, but after the widespread acceptance of Christianity in Europe, it gave the older spring festival customs a religious connotation.

The term "Easter" in Latin and Germanic languages, the former can be traced back to the Jewish national spring festival Passover, and the latter can be traced to the German goddess of spring, reflecting this historical and cultural barrier.

It is not difficult to understand that important festivals that have a long tradition in the East and the West have undergone historical and cultural precipitation.

As soon as the spring equinox is over, the northern hemisphere accelerates warming up, and everything begins to recover. People are grateful to survive the bitter winter of lack of food, and they have to plan and busy for the harvest of the new year. Therefore, welcoming the spring has become a common emotional need and public for all mankind. activity.

The continuous accumulation of customs and allusions gave important festivals rich forms and meanings, and gradually reflected the similarities and differences of Eastern and Western cultural temperament over the years.

For thousands of years, Tomb Sweeping Day and Easter have been presented separately, one relying on cautiously chasing far and close together, and the other relying on celebrating miracles and glorifying the gospel.

Sacrificing and sweeping the tomb, remembering the merits of the ancestors, feeling the warmth of relatives, transcending the separation of life and death, maintains the framework of the spiritual world of Chinese culture and human relations.

In Christian doctrine, the martyrdom and resurrection of Jesus symbolize the salvation and mercy of the world, and Easter releases the spiritual enthusiasm to transcend this world and reach the other shore.

Today, how much sense of ritual is worth keeping?

There have also been cultural collisions and entanglements between two such heavy festivals.

Whether Chinese Christians can worship their ancestors on Qingming Festival has caused a long-running dispute over 300 years.

Fairbank pointed out that the "ritual controversy" including the issue of ancestor worship in the late Ming and early Qing dynasties lasted for more than a century. Not only did the Christian churches disagree, but European and Chinese priests argued against each other, and eventually even the pope and the Qing emperor also occurred. dispute.

After the Opium War, the Western churches expanded their missions in China, and how they treated the Chinese ancestor worship culture made Christianity unavoidable.

The intervention of Sinologists in China in the late Qing Dynasty began to systematically understand the Chinese culture of ancestor worship from the perspective of studying Sinology and Chinese civilization.

American Sinologist Ding Yunliang once reminded that there are "inconsistent ways of thinking and emotions" between the East and the West, so Western values ​​should not be substituted for Eastern values.

Fortunately since then, not only has the Western church gradually relaxed on the issue of ancestor worship, but Western Sinology has also shown in-depth research, which has also promoted the spread of Chinese culture to the outside world.

Speaking of the present, whether it is Qingming Festival or Easter, the understanding of beliefs and culture is very different from that of a thousand years ago or even a hundred years ago.

In some countries where the Christian atmosphere is still strong, Easter and Holy Week will still be the biggest traditional festivals of the year, attracting tourists of different beliefs and cultures from all over the world.

In 2008, Ching Ming Festival officially became a legal holiday in China. Reuters reported at the time that this move would not only encourage people to refocus their attention on traditional culture, but also help promote traditional Chinese virtues and values.

However, according to incomplete statistics at the time, thousands of tons of paper were used only for sacrifices during the Qingming Festival.

On April 4, 2020, China celebrated a special Tomb-sweeping Festival, where the whole nation mourned and whistled for three minutes to pay tribute to the heroes who gave their lives in the fight against the epidemic.

This will be the most memorable Chinese Ching Ming Festival.

At 10 o'clock on April 4, 2020, the Beijing air defense sirens sounded for three minutes, and the people visiting Tiananmen stood in silence.

In 1908, the French anthropologist Van Gennep first proposed the concept of "ritual". He believed that rituals always accompany individuals or communities from a certain situation to another equally certain situation; nature itself is also affected by day and night, four seasons, The cyclical control of the alternation of dryness and flourishing is reflected in the lives of human beings.

Through the candlelight in the festival, I can feel the sorrows and joys of blood, family, life, and life. At that moment, I probably don’t ask anything.