Parade of the pharaohs: Cairo prepares for the parade of 22 mummies of rulers of antiquity

Eighteen mummies of kings and four mummies of queens from ancient Egypt will parade through the streets of Cairo on Saturday to reach the National Museum of Egyptian Civilization. Cairo counts ... 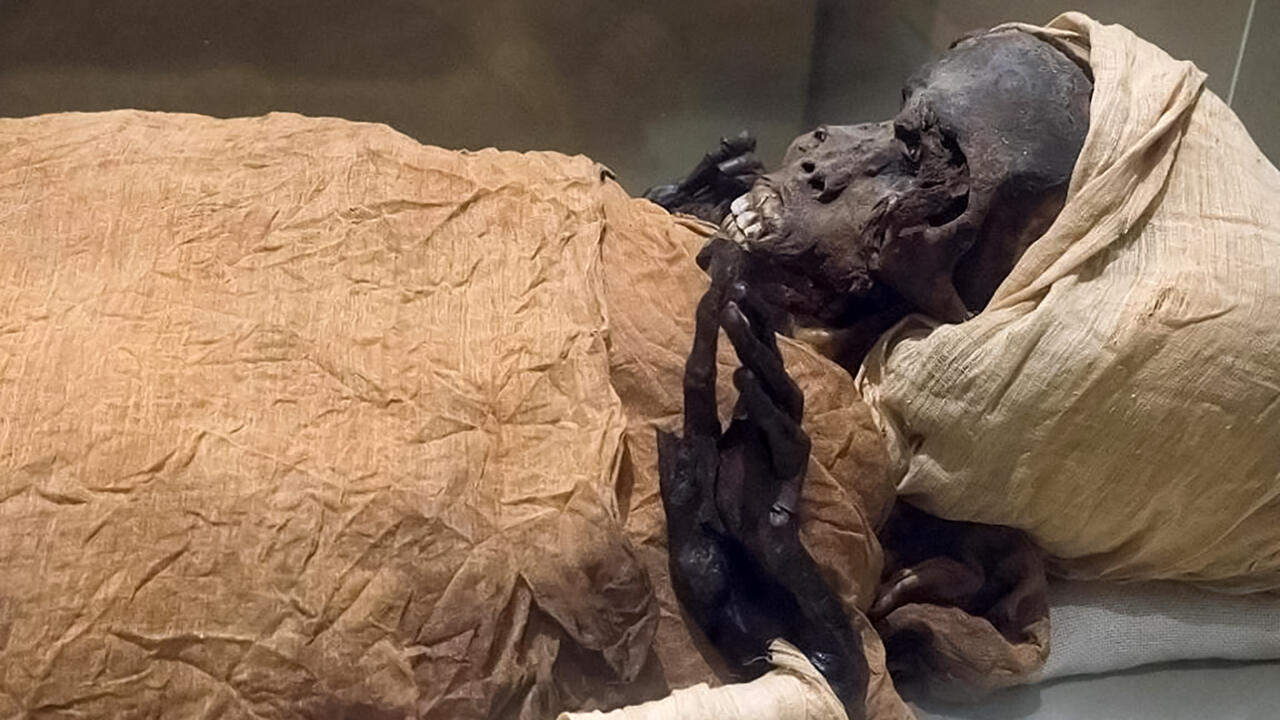 It is a much anticipated royal parade.

On Saturday April 3, 22 mummies of rulers from ancient Egypt will parade through the streets of Cairo to reach the National Museum of Egyptian Civilization (NMEC) where they will now be exhibited after more than a century at the Cairo Museum.

The wait for The Pharaoh's Golden parade is finally over!

The parade is due to start at 6 p.m. and the journey of approximately seven kilometers between the Cairo Museum and the NMEC will last approximately forty minutes, aboard Pharaonic-style floats, under close police surveillance.

The mummies will parade in chronological order of the reign of kings and queens.

It is therefore the pharaoh Seqenenre Tâa (16th century BC.) Who will lead the way and Ramses IX (12th century BC) who will close it.

Today, we present King Seqenenre Taa, whose mummy is one of the royal mummies transferred in the Golden Pharaoh's parade from the Egyptian Museum in Tahrir to NMEC.

It was discovered in Deir El-Bahari Cache, Luxor in 1881. Wait for the Golden Pharaoh's Parade on April 3. pic.twitter.com/tUN0RKZXjy

The mummies will each travel in a chariot bearing the name of the sovereign and equipped with shock absorption mechanisms, in an envelope containing nitrogen to preserve them.

The event will be punctuated by musical performances by several Egyptian artists.

"The whole world is going to watch this. It is an important forty minutes in the life of the city of Cairo," famous Egyptian archaeologist Zahi Hawass told AFP.

Access to the parade is limited for security reasons, and Egyptians will be able to watch it on television or on the Internet.

While waiting for the parade, the Cairo Museum and the Egyptian Ministry of Culture and Antiquities have been increasing the content in recent days on the history of mummified kings and queens, their discoveries and their conservation.

From the details of the display of royal mummies in the Giza Museum in 1896, before they were transferred to the Egyptian Museum in Tahrir in 1902

Discovered near Luxor, in southern Egypt from 1881, most of the 22 mummies had not left the Tahrir Square museum since the early 20th century.

Since the 1950s, they were exhibited there in a small room, without clear museographic explanations.

In the NMEC, they will appear in more modern boxes "for better temperature and humidity control than in the old museum," Salima Ikram, professor of Egyptology at the American University in Cairo, told AFP. specialist in mummification.

They will be presented individually alongside their sarcophagi, in a setting reminiscent of the underground tombs of kings, with a biography and objects linked to the sovereigns.

According to Zahi Hawass, the new presentation of the mummies aims "education" and not "sensationalism".

The macabre nature of the mummies has in the past put off more than one visitor.

"I will never forget when I took [Princess] Margaret, sister of Queen Elizabeth II, to the museum: she closed her eyes and ran away," he says.

The public display of mummies has also raised ethical questions in the past.

Many Muslim clerics believe that exposing these dead rulers is contrary to the respect due to the deceased.

"In 1980, President Anwar al-Sadat ordered the closure of the room of royal mummies at the Cairo Museum, believing that this desecrated the dead," recalls the BBC.

The Head of State had expressed the wish that the mummies be returned to the ground.

The NMEC, which occupies a large building south of Cairo, partially inaugurated in 2017, is due to open on April 4.

But the mummies will not be on public display until April 18.

After years of political instability linked to the popular revolt of 2011, which dealt a heavy blow to tourism, Egypt is seeking to bring back visitors, in particular by promoting culture.

In addition to the NMEC, Egypt is due to inaugurate within a few months the Grand Egyptian Museum (GEM) near the pyramids of Giza, which will house Pharaonic collections.

Under the hashtag in Arabic # malédiction_des_pharaons, many Internet users have associated the recent disasters in Egypt with a "curse" which would have been caused by the displacement of the mummies.

In fact, in one week, Egypt experienced the blockage of the Suez Canal by a container ship, a train accident which left 18 dead in Sohag (south) and the collapse of a building in Cairo which caused resulted in the deaths of at least 25 people.

The "curse of the pharaoh" had already been mentioned in the 1920s after the discovery of Tutankhamun's tomb, followed by the deaths considered mysterious of members of the team of archaeologists.