The Houthis announce the bombing of the King Khalid base .. Saudi Arabia confirms the failure of attempts to target civilians and pledges to take the necessary measures

The Houthi military spokesman, Yahya Saree, said in a tweet on Twitter that the Air Force managed to target King Khalid Air Base in Khamis Mushait with two attacks, while Saudi sources confirmed the failure of the Houthi attacks. 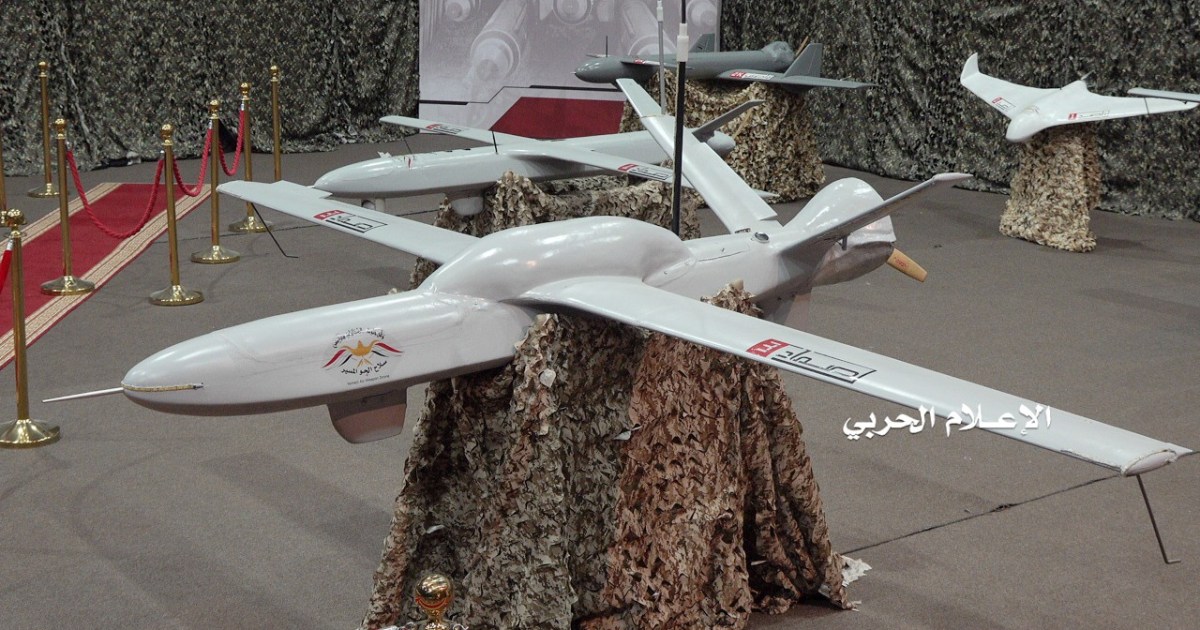 Houthi military spokesman Yahya Saree said in a tweet on Twitter that the Air Force managed to target King Khalid Air Base in Khamis Mushait with two K-2 bombers, and that the hit was accurate.

Saree added that this targeting comes in response to the escalation of what he described as aggression and its continued siege on Yemen.

In turn, Saudi media reported that two drones had been intercepted and destroyed by the Houthis towards Khamis Mushait, in the south of the Kingdom.

The same sources added that Houthi attempts to target civilians and civilian objects have been thwarted.

It also confirmed that operational measures have been taken to protect civilians in accordance with international humanitarian law.

The Saudi-led coalition said in a statement that it had "intercepted and destroyed two car bombs launched by the Houthi militia towards Khamis Mushait," according to the Saudi Press Agency (SPA).

The statement described the attacks as "hostile attempts to target civilians and civilian objects by the militia, which are considered war crimes."

This came hours after the Arab coalition announced on Thursday the destruction of a ballistic missile and a Houthi missile launcher in Marib, eastern Yemen, according to a statement carried by the Saudi agency.

The Houthis have recently intensified the launch of ballistic missiles, projectiles and marches on Saudi areas, amid repeated announcements by the coalition of their destruction, and accusing the group of receiving these weapons from Iran.

On Wednesday, the US envoy to Yemen, Timothy Lenderking, returned to Washington after a round of talks in Riyadh and Muscat to reach an agreement to end the Yemeni crisis.

State Department spokesman Ned Price said that Lenderking's discussions focused on international efforts for a permanent ceasefire and the conclusion of a comprehensive peace agreement, in addition to addressing the worsening humanitarian crisis in Yemen.

On Wednesday, Lenderking met with Yemeni Foreign Minister Ahmed Awad bin Mubarak, and discussed the situation on the ground and developments in efforts to bring peace.

The Yemeni Foreign Minister stressed that preparing for peace requires the Houthis to abandon violence and respect the lives of people, referring to what he described as Houthi crimes and violations, at a time when the international community is making efforts to cease fire and alleviate the humanitarian crisis.

And Thursday, The Wall Street Journal, citing US officials, reported that President Joe Biden's administration had ordered the start of withdrawing part of the US forces and equipment from the Gulf region.

According to the newspaper, US officials have confirmed that the US Department of Defense (Pentagon) is looking at the equipment and training that Saudi Arabia needs.

The Saudi Press Agency quoted Pentagon spokesman John Kirby as speaking about the United States' support for the Kingdom in defending its territories and facing Houthi threats.

In a press conference, Kirby called on the Houthi group to stop its attacks and work to achieve a political solution.