Saxony's asparagus farmers are in the starting blocks

Fans of the noble vegetables have to be patient a little longer: local asparagus is only pricked in large quantities after Easter. If the first lockdown worried the farmers in 2020, they could prepare better this time. 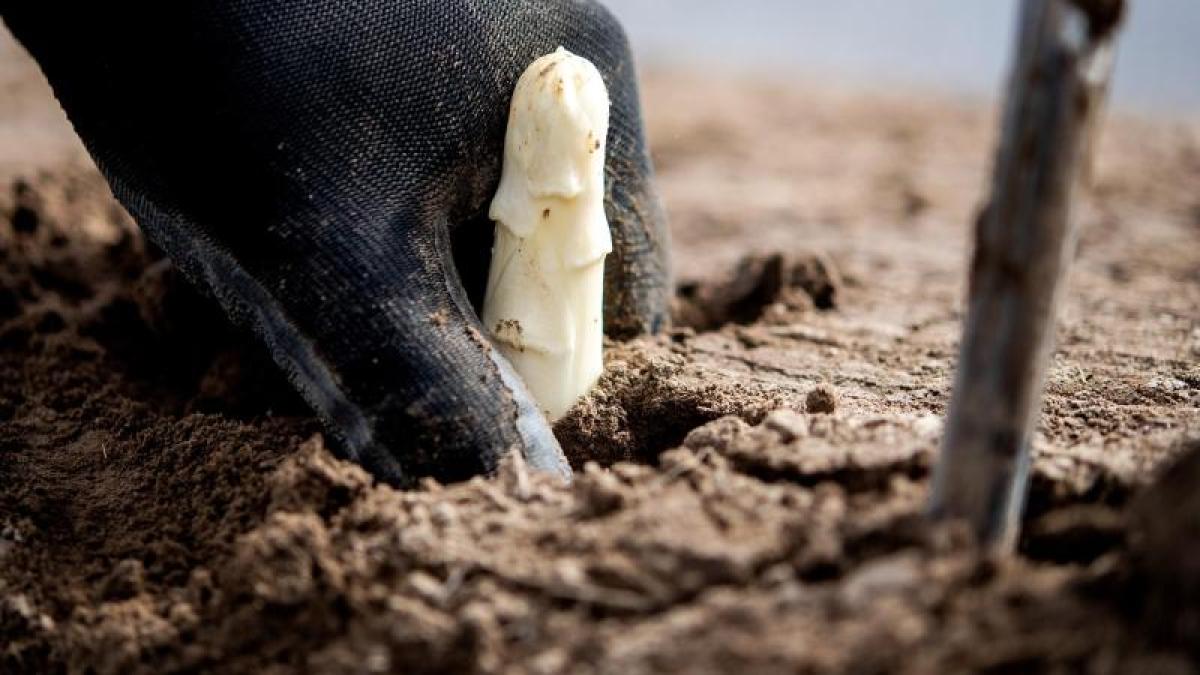 Dresden (dpa / sn) - Shortly before the start of the season for fine vegetables, there is hustle and bustle in the asparagus fields in Saxony.

"The weather finally allows us to form asparagus ridges," said the head of the Agrar GbR Naundörfel, René Heidig.

The ground had been too wet in the past few days to start building the striking dams.

Foils and light tubes are then placed on top of these.

"And then we can catch the sunshine that is expected in the next few days," says Heidig.

This is urgently needed for the Nieschützer asparagus: So far, the soil temperature has only been between five and six degrees.

The asparagus needs at least temperatures of around 12 degrees to grow.

Heidig expects that the first precious vegetables from the region will be available in mid-April.

"This is actually the usual start of the season, only in recent years the winters have been warmer and the season accordingly earlier."

The noble vegetables grow in the field around Meißen on an area of ​​ten hectares.

Mainly white asparagus is grown, green stalks grow on about one hectare.

No foreign harvest workers are yet working in the fields.

"To keep the risk as low as possible, they should be used as late as possible," says Heidig.

We are already talking to helpers from Poland, Romania and the Ukraine.

This year, Heidig said, there was more time to prepare for the Corona crisis and to develop your own hygiene concept.

At the start of the season last year, the helpers were sometimes unable to travel overland due to the pandemic and strict quarantine conditions.

"This year, too, it will not be easy to recruit enough skilled workers," says Kati Fichter, Deputy General Manager of the Saxon State Farmers' Association.

On the one hand, Fichter referred to travel restrictions and the obligation to test.

"Many just don't want to travel during this time."

There should probably be a central platform again through which farmers can find workers.

In addition to the asparagus harvest, this is especially important for the strawberry harvest at the end of May or for the apple harvest in September.

Fichter spoke out in favor of expanding the maximum number of working days for short-term employment, as in the previous year, from 70 to 115 days.

As a result, companies would have to replace workers less often.

"The risk of infection drops."

Jürgen Kopf from the asparagus farm Kyhna in northern Saxony, on the other hand, has no concerns about finding harvest helpers.

According to the Spargelhof operator, there were enough registrations, most of them from Romania and Poland.

With a negative test, according to the current status, the harvest workers could come and work.

The fact that, unlike last year, there are enough rapid tests available, makes the organization easier.

The preparations for the season are almost complete at Kopf.

"The dams are built, we are waiting for it to start."

There will be hardly any fresh asparagus from his fields over Easter - and if so, only in small quantities.

"The first tips are sticking out, but that will take some time," says Kopf.

He sells the vegetables primarily in the Halle and Leipzig regions through stalls.

White asparagus is grown on an area of ​​around 50 hectares.

The average harvest is around five tons per hectare.