After eyewitnesses to the tragedy the day before, two paramedics and George Floyd's companion gave their testimony Thursday in Minneapolis. Main issue of this fourth day of hearing:… 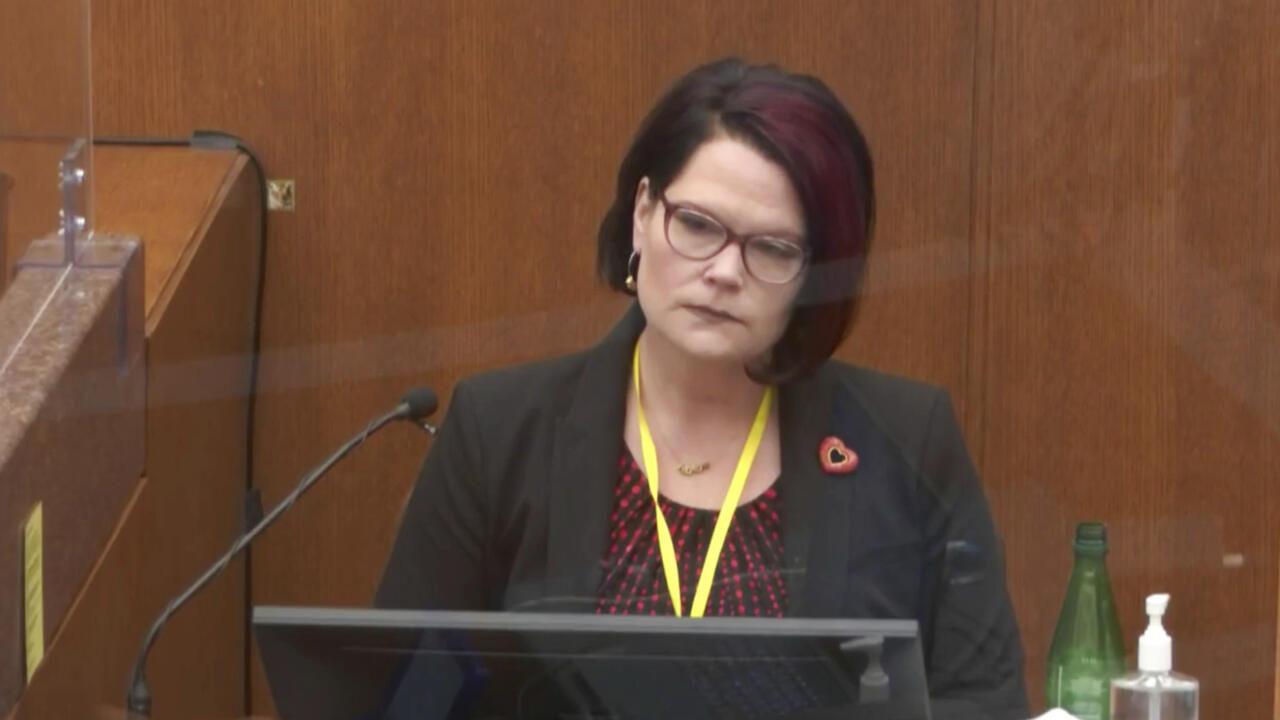 Courteney Ross, the companion of George Floyd at the time of his death, testified Thursday April 1.

After eyewitnesses to the tragedy the day before, two paramedics and George Floyd's companion gave their testimony Thursday in Minneapolis.

Main stake of this fourth day of hearing: to determine when and how he died.

It is on these two crucial questions that the twelve jurors will have to decide on the guilt or not of the former police officer Derek Chauvin in the murder of the African-American.

Both confirmed that he was already dead when they arrived.

Dead, they say, while still handcuffed and immobilized below Derek Chauvin's knee.

When the ambulance arrives on the scene, the three police officers are kneeling on the inert body of George Floyd.

A rescuer takes the African American's pulse, but finds no heartbeat.

on his neck for another three long minutes.

The defense wanted to show that George Floyd died in the ambulance and not below the knee of the ex-policeman.

A version refuted by the paramedic.

When I arrived he was dead,”

When I dropped him off at the hospital, he was still in cardiac arrest.

Called in reinforcement on the spot, the superior of Derek Chauvin testifies in turn.

Sergeant Pleoger, 27 years of experience, says this questioning technique is legal, but never for so long.

Another key moment, the testimony of George Floyd's grieving companion, Courtney Ross, humanizes him, portrays him as a loving father and a man of faith, but also tells about their addiction to opioids.

It's a classic opioid addiction story, like so many other people,

We both suffered from chronic pain.

Me in the neck, him in the back.

We both had medical prescriptions.

And we became addicted.

We really tried hard to get out of it.

A classic story that ended in March with a hospital stay for overdose.

His partner confirmed that George Floyd continued to use drugs in the days leading up to his arrest, but he was very athletic, she said, with no breathing problems.

The defense is trying to prove that these opioids are the real cause of George Floyd's death.

His autopsy indeed confirms the presence of drugs in his blood, but above all concludes a homicide by suffocation.

Derek Chauvin trial: "Justice seeks to get out of a dilemma"