The fourth anniversary of the establishment of Xiong'an: What kind of future will the "City of the Future" lead?

China News Service, Xiong'an, April 1 (Ruda, Li Qian, Cui Tao) April 1, 2021 is the 4th anniversary of the establishment of Hebei Xiong'an New District. At present, Xiong'an's planning policy system has basically been established and has entered a new stage of large-scale construction. From "on paper" to "on the ground", the outline of this "city of the future" carrying the "millennium plan" gra 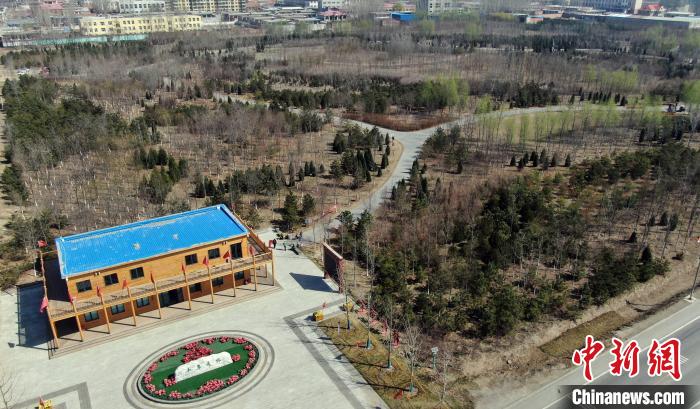 At present, Xiong'an's planning policy system has basically been established and has entered a new stage of large-scale construction.

From "on paper" to "on the ground", the outline of this "city of the future" carrying the "millennium plan" gradually became clear.

What kind of future will the "City of the Future" have?

The mystery is gradually being unveiled.

"Blue and green interweaving" is the background color of Xiongan, which has been established in the planning stage.

At present, Xiong’an has completed the construction of more than 20 million "millennium Xiulin" trees with high quality in 410,000 mu; at the same time, comprehensive implementation of the Baiyangdian River Basin environmental management, the water quality of Baiyangdian Lake will reach the best level in the past ten years in 2020, and the area of ​​Baiyangdian Lake will double in the future. Above, the "Pearl of North China" is radiant.

Huang Xuechen said that Xiongan’s afforestation quality and progress are equally important. It not only inherits the “Saihanba spirit”, but also integrates digital technology to manage the entire life cycle of seedlings, which adds science to green development.

In this "city of the future", the Xiongan practice of "blue and green interweaving" and "city and land co-prosperity" is interpreting ancient and profound Chinese wisdom.

High-quality and high-level public service facilities are an important guarantee for Xiong'an to undertake the relief of Beijing's non-capital functions.

As Xiongan's advanced development and construction area, Rongdong area is the population carrying area and resettlement area of ​​Xiongan.

The resettlement housing project in the Rongdong area undertakes the resettlement tasks of the relocated people and is an important livelihood project.

At present, the main part of the project has been basically completed, the interior and exterior decoration, and garden landscape projects are in full swing. The first batch of resettlement houses will be delivered on June 30.

As the first iconic urban complex in Xiongan, the Xiongan Business Service Center is planned to be put into use in the second half of this year to provide transitional supporting services for the construction of the Rongdong area and the start-up area, and to provide initial office locations for undertaking Beijing's non-capital functions.

Among them, the convention and exhibition center can host high-end conferences with 3,000 people or more, and meet large-scale scientific and technological achievements display and transaction services; five-star hotels can provide 513 rooms, business hotels can provide 307 rooms, and business offices can meet about 13,000 people. , The apartment can provide about 2503 sets of housing.

For the millennium plan, transportation should go first.

At the end of 2020, the Beijing-Xiong Intercity Railway will be fully operational, making commuting between Beijing and Xiong'an more convenient.

In May of this year, the three external backbone road networks in Xiong'an New District, including the Jingxiong Expressway, the Rongwu Expressway New Line, and the first phase of Jingde Expressway connecting Beijing, Tianjin and Xiong, will also be completed and opened to traffic.

Xiong’an has obvious location advantages, 105 kilometers away from Beijing and Tianjin. There are currently 49 road traffic projects started (including completed), and Xiong’an’s convenient travel in the future is expected.

In addition, Xiongan has been continuously improving in education, medical and other supporting facilities.

At present, 56 high-quality schools in Beijing-Tianjin-Hebei have established assistance cooperation with 59 schools in Xiong'an.

The first phase of Xiongan Xuanwu Hospital is under construction. It is planned that the main structure will be capped in July this year, so that residents of Xiongan New District can enjoy high-quality medical services.

Constructing an innovative development demonstration zone that implements the new development concept is a major task assigned by the Central Committee of the Communist Party of China to the Xiongan New District.

Xiongan New District, which has entered a new stage of development, will accelerate the realization of the development goal of "new image, new functions, new industries, new talents, and new mechanisms".

The New District has recently issued the "Guiding Opinions on Accelerating the Realization of the "Five New" Goals and Promoting the Construction and Development of Xiongan New District with High Standards and High Quality" to implement various tasks in detail.

Xiong’an New District has established a “menu-style” talent treatment policy package including education, medical care, housing, tax incentives, etc., talent services are more precise, and the housing provident fund management method has been introduced: Beijing non-capital functional relief units and individuals have the highest monthly payment For the time being, the deposit base will be implemented with reference to the Beijing Standard

This year, Xiongan New District will adhere to the project as its lifeline, highlighting the construction of key areas and major projects.

At the same time, by leveraging on the advantages of major reform and opening policy platforms such as the Free Trade Pilot Zone and the Digital Economy Innovation and Development Pilot Zone, it will focus on Beijing’s non-capital function deconstruction, high-end industrial development, technological innovation, finance, taxation and finance, and talent introduction. Innovative and leading policies, benchmark Beijing, Shanghai, Shenzhen and other advanced cities, improve various service development and people's livelihood policies, and release policy dividends to the maximum.

From smart street lights, smart manhole covers, smart parking, to the digital supervision of the "Millennium Xiulin" by the Xiongan Forest Big Data System, to the smart construction sites that can be seen everywhere after large-scale construction starts, since the establishment of Xiongan, the wisdom of genes Implantation is everywhere. Digital Xiong'an and the City of Wisdom have penetrated into every corner here.

In the start-up area of ​​the Xiongan New District, the underground pipe gallery and the above-ground infrastructure are being planned and implemented step by step.

In the future, urban energy, electricity, communications, and water supply will all be accessible to the land, making the spider-web cables above the city completely disappear, and will achieve systematization, intelligence, and intensiveness, which will have a profound impact on the world's integrated pipe gallery industry.

In December 2020, China's first city-level blockchain underlying operating system was developed and put into use in Xiongan New District.

This system is a self-controllable underlying blockchain system developed by Xiong'an New District, which gathers the top R&D forces of China's domestic blockchain.

The relevant person in charge of the Xiongan New District Management Committee said that from the very beginning, Xiongan has implanted the gene of the blockchain. Like the city operating system, the blockchain is embedded in every aspect of the construction and development of digital Xiong’an as the infrastructure of a smart city. One link, every corner.

The company’s founder and CEO Zhou Jun said that the company will reduce costs and increase efficiency in the development of high-tech industries, people’s lives and city management in Xiong’an with years of technology accumulation.

In the future, Xiongan will develop the digital economy in an all-round way, and form a new momentum of economic development supported by new production factors such as knowledge, technology, information, and data.

These digital development achievements not only support the fine management of Xiongan New Area and create an international benchmark, but also serve the people in their work and life, allowing them to enjoy the digital dividend.