Record hunt on the stock exchange - without end?

Corona still has Germany firmly under control, the economy is groaning under the countermeasures. Nevertheless, the German share index Dax rushes to new heights. Experts warn: It is not just further setbacks in the pandemic that have what it takes to stifle the boom. 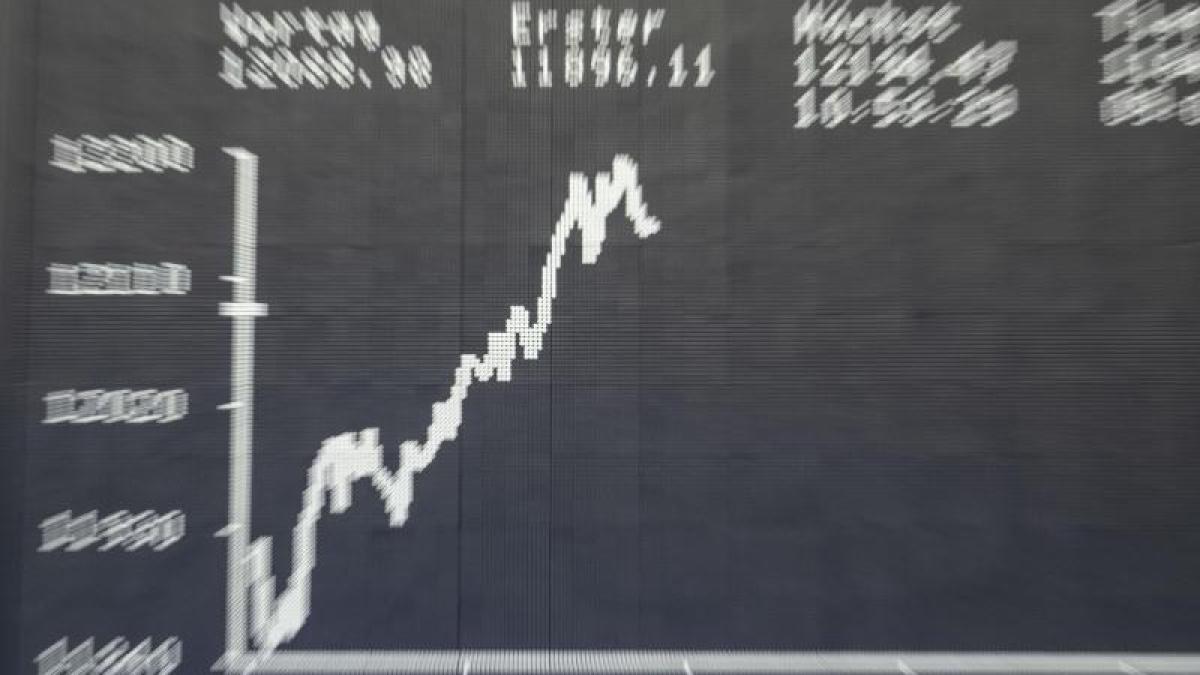 While the number of infections is rising in Germany and the vaccination chaos is making the headlines, the German leading index Dax is climbing one record after another.

Since the Corona low point in mid-March 2020, the stock market barometer has now gained more than 80 percent - and the plus of a good 9 percent in the first quarter of this year is also impressive.

The Dax achieved the lion's share of this in March.

Many stock exchanges around the world are also striving upwards: "The hopes of a very strong economic recovery in the United States are now supporting the global stock markets very sustainably," wrote analyst Tobias Basse from Landesbank NordLB.

In the USA, Joe Biden is fighting with all his might against the corona pandemic and its economic consequences - and is recording initial successes.

For example, the new president recently doubled his target for the current vaccination campaign, and he is also sending significant economic stimuli with billion-dollar spending programs.

In addition, China, an important supplier country for the German economy, has largely left the pandemic behind and signed the world's largest free trade agreement with 14 Asia-Pacific countries.

Against this background, the Organization for Economic Cooperation and Development (OECD) has already raised its forecast for the development of the world economy.

But the prospect of a strong economic recovery also has a downside: the fear of rapidly rising prices.

For this reason, for the first time in a good three years, concerns about a sharp rise in inflation have haunted the global markets.

As a result of the financial market crisis in 2008, interest rates in the most important industrialized countries are currently very low and in some cases even in negative territory.

Inflation expectations on the financial markets and thus yields on the bond markets have risen significantly recently.

However, the development has so far been limited.

In the euro zone and the USA, prices have risen quite markedly recently, but the inflation targets of the European Central Bank (ECB) and the US Federal Reserve have so far still not been met.

There are therefore no signs of an end to the loose monetary policy.

And: "For fear of stalling the economy prematurely, the head of the US Federal Reserve is not planning an end to the glut of liquidity," says market strategist Robert Halver from Baader Bank.

In the eurozone, growth is currently still subdued, and the ECB's hands are tied because of Europe's over-indebtedness.

The positive scenario for the Dax stands and falls with the development of the pandemic.

The chief economist at the private bank Donner & Reuschel, Carsten Mumm, warns: Should there be significantly extended lockdowns - for example due to rapidly spreading virus mutations - which also hit the again very dynamically growing economies such as the USA or above all China, they would be Growth forecasts and thus also the expected corporate profits for 2021 are no longer tenable.

Then the question would be how long investors' optimism will last.