Joachim Löw postponed the Müller question until the end. Even after the unmasking and painful 1: 2 against North Macedonia, the national coach does not want to be pushed to bring the ex-world champion back. 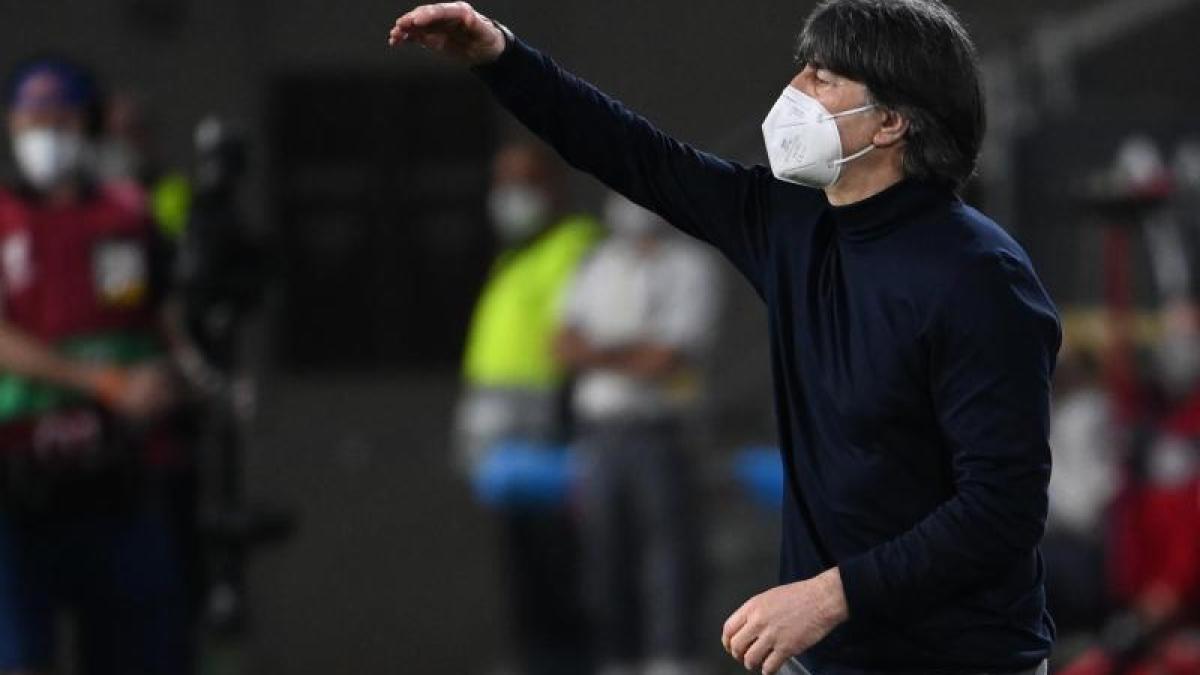 Duisburg (dpa) - Joachim Löw still believes in a miraculous turnaround to the European championship within a few months, even after the second big embarrassing appearance of the national soccer team.

After the 6-0 disgrace in Spain by outsiders North Macedonia at 1: 2 in the World Cup qualification on Wednesday evening in Duisburg, the national coach dismissed his players around substitute captain Ilkay Gündogan and luckless joker Timo Werner with a surprising realization the season's final spurt with their clubs up to the tournament emergency in summer.

«Under no circumstances should we completely lose faith in the strength that the team has.

Under no circumstances should we lose the feeling that we are capable of playing a very good tournament.

That's what I said to the players, too, "said Löw almost imploringly about his instructions after the humiliation by the underdog from the Balkans, with whom there could be a quick reunion at the European Championships, provided that he entered the knockout phase.

Löw left the burning question that moves the fans of the national team unanswered.

The decision about a comeback of the ex-world champions Thomas Müller (31) and / or Mats Hummels (32) as possible stabilizers of an unchanged volatile team still has no priority for the 61-year-old.

“The question cannot be answered today because of the one game.

The question wasn't asked after the last two games.

We said that the decision would be made in May, ”said Löw.

The resignation announcement at the beginning of March proves to be retrospective.

Without this, a decision of his own free will about his professional future would hardly have been possible for Löw.

Shortly before the end of his eternal era after the European Championships, the 2014 world champion coach simply trusts his personal crisis management.

Tournament suitability should be achieved again in the immediate preparation from May 25th in Seefeld in Tyrol.

Everyone in the team has to think about it, okay, what can we improve? ”Said Löw after the serious relapse.

"And if we have some time, then we will bring in constancy and tackle the right things," he gave an astonishingly positive forecast for the EM duels with world champions France, European champions Portugal and the third group opponent Hungary.

After the courage-maker against Iceland (3-0) and the at least stable performance against Romania (1-0) at the beginning of the year, the setback against North Macedonia showed one thing relentlessly: The young Löw selection is fragile even in the third year of upheaval.

A few shifts in position on the pitch - triggered by the inclusion of Robin Gosens - upset the basic structure.

Löw's compilation of the EM squad is now awaited with great excitement.

"We will be thinking intensively for the next few days and weeks, will check everything again," announced the national coach.