Hubertus Heil: Hundreds of thousands of euros for law that doesn't yet exist

Hubertus Heil spends one million euros on communicating a draft law that has not yet been discussed by the Bundestag. The FDP therefore certifies the labor minister misuse of tax revenue for the election campaign. 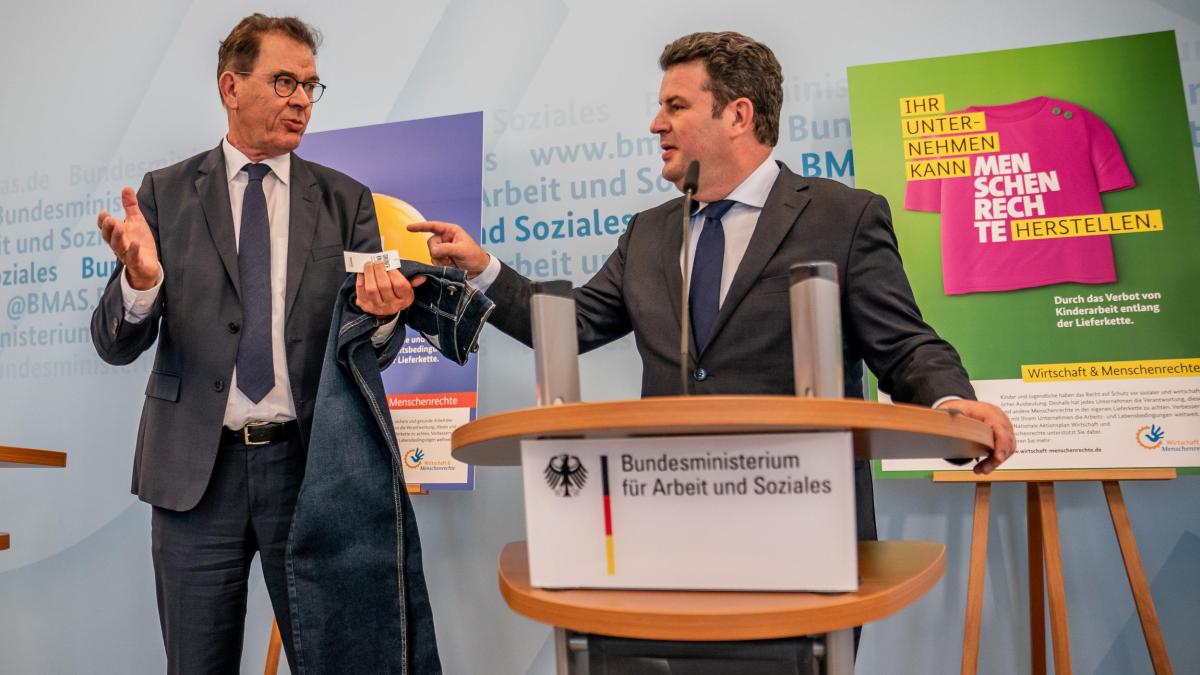 There were times when Hubertus Heil liked to quote his SPD party friend from Lower Saxony, the late Peter Struck.

He had coined the phrase of the "Struck law", according to which no law leaves the Bundestag as it entered.

Struck had thus translated the constitutional separation of powers between the legislative, executive and judicial branches into simple words.

Because the tasks of these three powers are interlinked in the Federal Republic in many ways.

Most of the laws in state practice are written by the ministries.

But in the end, as the SPD politician expressed with his formula, the executive drafts are usually rewritten in the deliberations of parliament.

In his function as Federal Minister of Labor, however, Heil seems to have lost his respect for the legislature of the Bundestag.

In response to a written question from FDP MP Sandra Weeser, the federal government announced that Heils' department and that of Development Minister Gerd Müller (CSU) had for the due diligence law drawn up by them and passed by the cabinet on March 3 - the so-called supply chain law - already vigorously stirred the advertising drum.

Advertising money has already flowed into the communication of the law, which imposes on companies due diligence requirements for compliance with human rights standards in their supply chains.

Hundreds of thousands of euros

“After the cabinet decision, the Federal Ministry of Labor and Social Affairs commissioned placements in print media in the amount of 396,824.60 euros, for online placements 281,811.93 euros and for outdoor advertising 331,283.57 euros to increase social responsibility measures in companies and for educational purposes “, It says in the answer, the WELT is available.

"Another 25,000 euros will be used for online placement in the foreseeable future."

The Federal Ministry for Economic Cooperation and Development had “after the cabinet decision, placed orders in print media with a volume of 65,760.86 euros.

A further 20,349 euros are expected to be used for online switching. ”That adds up to expenditure of more than 1.1 million euros, with the lion's share coming from the Ministry of Labor.

The problem with it: The Bundestag has not even discussed the draft law.

The first reading in parliament is planned for the end of April.

A hearing of experts in the responsible committee could take place in mid-May, with the final two readings in plenary at the end of May.

This schedule is not safe, especially not in pandemic times.

"It is a remarkable process that Hubertus Heil is applying for a law for over one million euros in tax money that the legislature has not even discussed," says Weeser, who sits on the Bundestag's economic committee as chairwoman of the FDP.

"The SPD apparently wants to record and promote one more success for itself in the year of the general election," speculates the Liberals.

Publicly financed funds from the ministry are “not at all intended” for this.

Heil and Müller can now assume that the parliamentary groups in charge of the government will generally support the project agreed in the coalition agreement.

In the details, however, the parliament could still lend a hand - see Struck's law.

And the procedure does not fit with government action in the pandemic either, says FDP woman Weeser: "If everything in the federal government were to go as quickly as when advertising for legislative proposals, we would be more helpful in the corona crisis."