Experts: The Russian alternative to the Suez Canal is impractical for these reasons

Officials and Russian media outlets have started promoting an alternative route to the Suez Canal, after the ship "Ever Giffen" ran aground inside the waterway and blocked it for a period of six days. The Russian Nuclear Energy Authority "Rosatom" published tweets on Twitter, ridiculing the canal blockage incident, suggesting At the same time, a solution 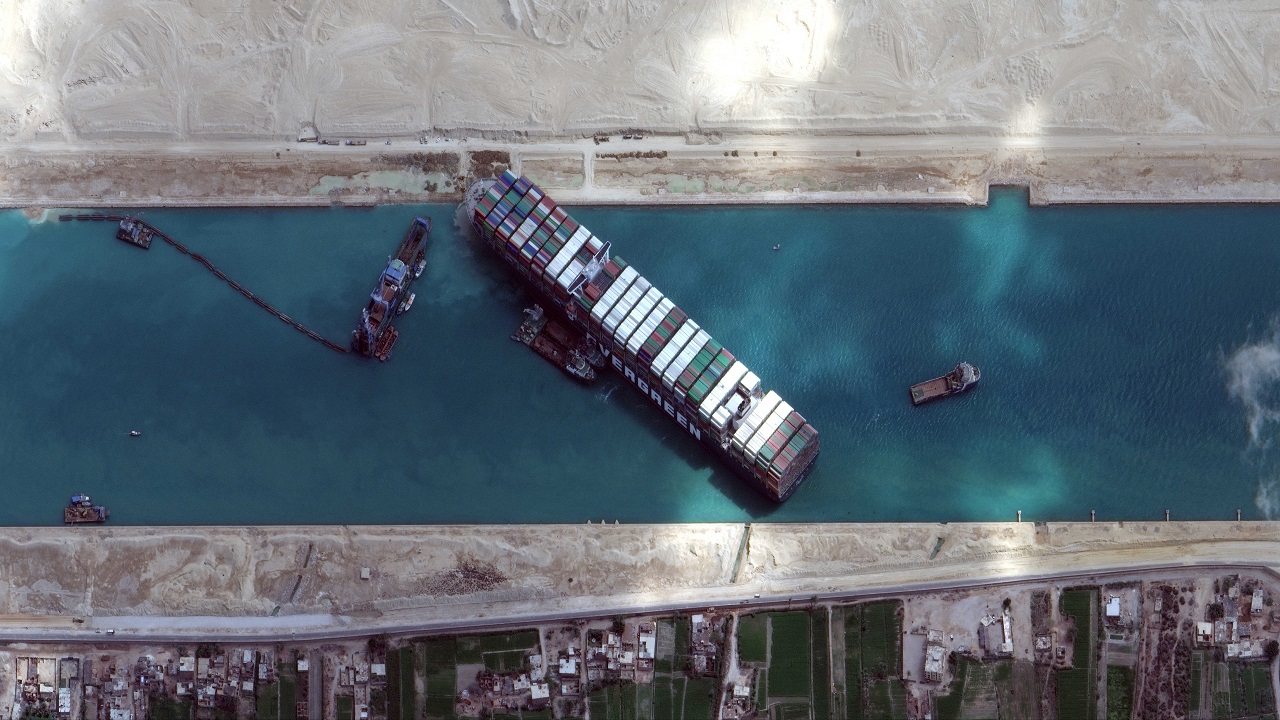 Experts: The Russian alternative to the Suez Canal is impractical for these reasons

Russian official bodies and the media began promoting an alternative route to the Suez Canal, after the "Ever Giffen" ship ran aground inside the waterway and blocked it for six days.

And the Russian Nuclear Energy Authority, "Rosatom", published tweets on Twitter, ridiculing the canal blockage incident, proposing at the same time an alternative solution embodied in a waterway that cuts through the Arctic waters, close to the Russian coasts, according to "Radio Liberty" website.

The Russian Energy Ministry also published a statement on March 29, in which it said, "The Northern Sea Route has a tremendous potential to significantly expand the volume of cargo transportation from Asia to Europe."

The report, "Radio Liberty", indicated that once the navigation traffic in the Suez Canal resumed, and the crisis in global shipping subsided, the urgent need for an alternative navigation route also subsided.

However, the crisis left a question: When can the world turn to other shipping routes, instead of the Suez Canal?

In this, the director of the Norwegian Institute of International Affairs, Ulf Sverdrup, replied that at best, it would be in the future, adding, "It is not easy to switch from the Suez Canal to the Northern Sea Road."

The Suez Canal, along with other major roads, such as the Panama Canal in Central America and the Strait of Malacca, between Malaysia and Indonesia, became a marine choke point, as container ships increased and costs decreased.

However, this did not prevent those canals from being considered the most economical way to ship goods around the world, according to Radio Liberty.

The North Sea Route, a ship that sailed from East Asia to European ports, is shortened by about 7,500 km, compared to the Suez Road.

For his part, the director of the Norwegian Center for the Oceans and the Arctic, Jan Gunnar Winther, told "Radio Liberty" that the Russians were very optimistic about their aspirations regarding the Northern Sea Route, but the Europeans were less enthusiastic about it.

Winther added that China also has long-term plans to reach a waterway that allows global trade traffic to pass.

It is noteworthy that the Russian President, Vladimir Putin, had announced a strategy to develop the Russian coasts bordering the Arctic, in conjunction with global warming, which made access to this road relatively easier than in the past.

In 2018, Putin issued a decision to increase the number of ship traffic to 80 million tons of cargo by 2024.

The report, "Radio Liberty", said that there is a problem related to the Northern Sea Line, which is the cost that is still high. For example, icebreakers are still required to escort ships, as their working hours are very expensive.

It is noteworthy that Russia has invested heavily in icebreakers, as it now has the largest fleet of icebreakers in the world, including nuclear powered ships, operated by the "Rosatom" company.