Biden wants to stimulate the US economy with a massive infrastructure program. He sees it as the largest labor market program since the Second World War. The Republicans are critical of his plans. 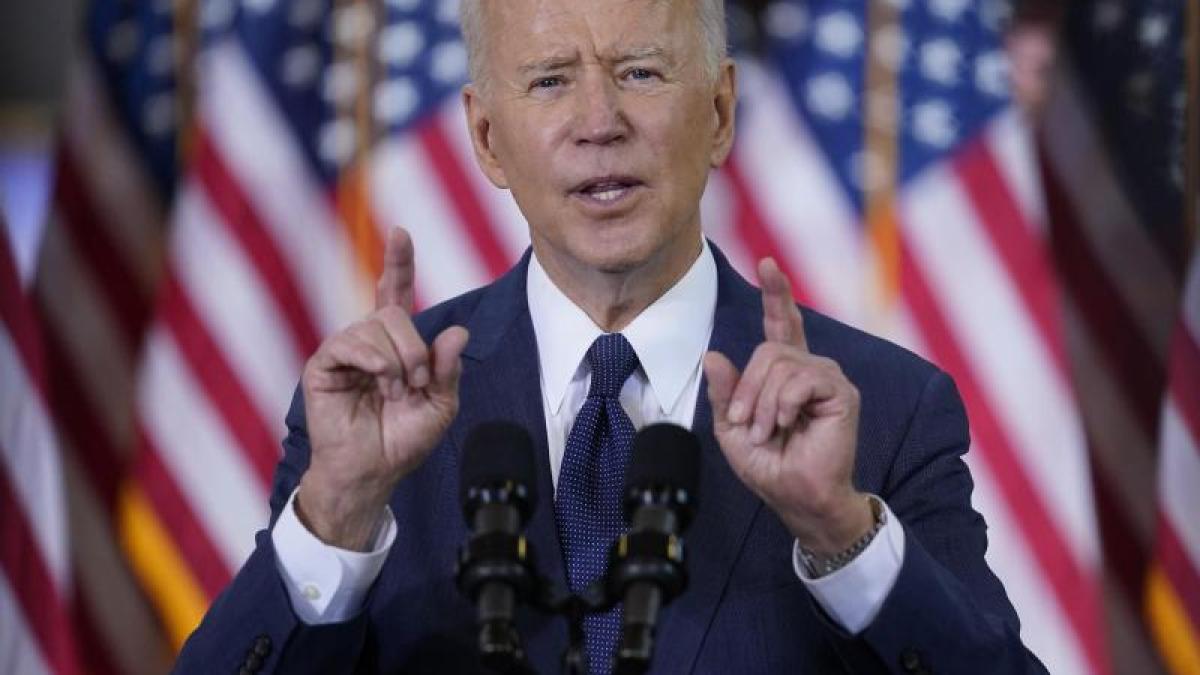 Washington (AP) - US President Joe Biden wants to "create the strongest, most resilient and most innovative economy in the world".

In any case, his latest proposal is not lacking in modesty: over the next eight years, he wants to renew the country's infrastructure with expenses of around two trillion dollars (1.7 trillion euros) and create millions of jobs.

The huge investments correspond to about 10 percent of the annual economic output of the USA.

Biden's motto seems to be clear: clog instead of mess.

"It's not a plan that is supposed to change little things," emphasized Biden.

"It's an investment for America that occurs only once per generation - unlike anything we've seen decades ago since the system of highways was built and the space race," said Biden on Wednesday afternoon (local time) during a visit to the city of Pittsburgh, Pennsylvania.

Congress must decide on the package, he demanded.

The US president is relying on the tailwind associated with his two-month term in office.

Because experience shows: Presidents often have to initiate their most important projects in the first few months.

This is especially true for incumbents like Democrat Biden, whose party currently has a majority in both houses of Congress.

Biden's plan includes the modernization of more than 30,000 kilometers of roads, 10,000 bridges, several airports and investments in local public transport and electric mobility.

Part of the program is also the broadband expansion and the renovation of the water supply system, said Biden.

It is to be financed primarily through an increase in corporate tax.

The plan will create “millions of jobs” and help the US to assert itself in the race with China.

The United States is one of the wealthiest countries in the world, but the country's “crumbling” infrastructure only ranks 13th after decades of inadequate investment, complained Biden.

That is also a threat to national security.

"Simply put, these are investments we have to make - we can't afford not to," Biden said.

Biden had already spoken out in favor of a package to improve the infrastructure during the election campaign.

In order to pass it, however, it is likely to depend on the approval of around ten Republicans in the Senate, which is at least uncertain.

According to surveys, a majority of Americans support an investment package.

Biden now wants to use this to change the mind of some Republicans.

"This new democratic government is moving in the wrong direction."

The planned expenditures are too high and the economy is recovering from the crisis caused by the corona pandemic "by itself".

McConnell also criticized Biden's plan to raise taxes for it.

Biden's Democrats had only pushed through a $ 1.9 trillion stimulus package in Congress at the beginning of the month to combat the Corona crisis.

They used a mediation process for budget laws so that the package could be passed in the Senate with a narrow majority of the Democrats.

The government sees a clear difference between this “rescue plan” and the “American Jobs Plan”, the infrastructure package.

Just looking at the sheer numbers leaves an impression: 621 billion US dollars are to flow into the transport infrastructure, 115 billion of which into the modernization of highways and other roads.

The power grid should benefit from 100 billion US dollars, and the same amount should flow into broadband expansion.

US $ 174 billion has been earmarked for funding electric vehicles and around 500,000 charging stations.

Higher taxes should offset the costs over 15 years: Biden wants to raise the corporate tax from 21 percent to 28 percent and tax multinational companies more heavily.

He even named the Amazon group as a target for higher taxes.

His proposal was "honest and budgetary responsible," Biden advertised.

In the long term, the plan would boost the economy so sustainably that the government's debt level would decrease, he argued.

The US government, whose debt is around 100 percent of annual economic output, can currently borrow extremely cheaply in view of the low interest rates.

Biden appealed to the Republicans to come up with their own proposals in order to reach a compromise together.

Biden's predecessor, Republican Donald Trump, responded with scathing criticism of Biden's plan, particularly with regard to the tax hike.

The plan was “radical”, a “heartless attack on the American dream” and a gift to China, Trump said in a statement.

For the Democrats on the left side of the party, Biden's plans were too modest.

You have to keep in mind that the expenditures relate to about a decade.

"It has to be a lot more," she demanded.