People have been crossing Lake Constance for thousands of years. With rafts and wooden boats, in galleys and yachts. And with dugouts at the latest in the Bronze Age. A relic is now being recovered. 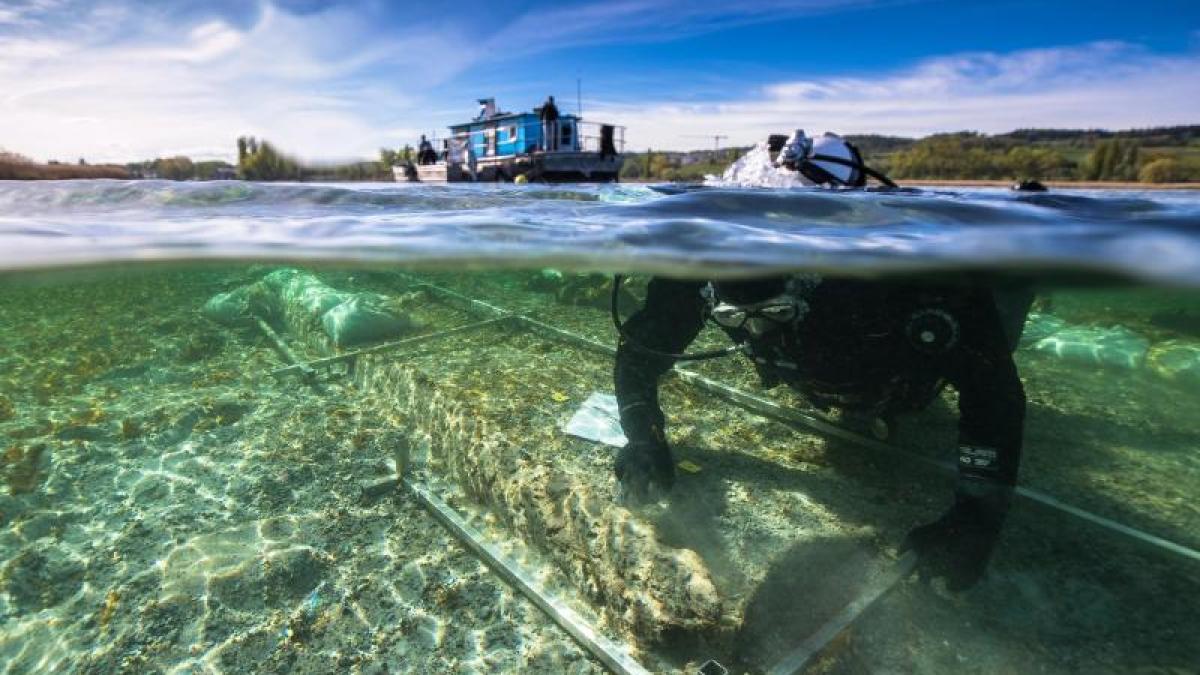 Konstanz (dpa) - After the discovery of another more than 4000 year old dugout canoe in Lake Constance, researchers hope to gain new knowledge about the history of the original boat and perhaps even life on the water in the Stone Age and the Early Bronze Age.

"Through the discovery, the use of the lake as a waterway or fishing water can now be documented for the first time at this time," said the Stuttgart district president Wolfgang Reimer (Greens) on Wednesday.

The wooden relic is to be carefully recovered in the coming weeks.

Experts estimate that the more than eight meter long dugout canoe dates from the 24th to the 23rd century BC.

"This dugout canoe is the oldest watercraft from Lake Constance that we know so far," said Baden-Württemberg State Secretary for Economic Affairs Katrin Schütz (CDU) during a visit to the place where the boat was found in autumn 2018.

But it is a mystery why the dugout canoe sunk into the lake at this point.

The relic of bygone times, also known as the original boat, should be carefully recovered and then restored and preserved over many years of precision work.

Three years ago, an oak dugout canoe was found and recovered in front of Wasserburg in the Bavarian part of Lake Constance.

According to the Ministry on the Seerhein, a tributary of the Rhine on Lake Constance, this is not possible while this was being pulled out of the water in one piece.

"The wood is too fragile and too soft for this," said the Stuttgart District President Wolfgang Reimer (Greens).

The underwater archaeologists therefore proceed carefully with small shovels, among other things.

According to her, the bow of the Seerheiner dugout is no longer there.

Its trunk made of linden is 8.56 meters long and up to 81 centimeters wide.

"The dugout canoe is one of the most completely preserved prehistoric watercraft ever," said the ministry.

Dugouts are among the oldest watercraft known to man.

They were mainly used on lakeside settlements.

According to the Ministry of Economic Affairs, none of these prehistoric settlements on Lake Constance, which once stood on stilts in the shallow water, are known from the time of the end of the Stone Age and the beginning of the Bronze Age.

Lake Constance is a very valued research location for archaeologists.

There are known remains of more than 70 stake villages in the water and in the moor, which hunters and fishermen from the Stone and Bronze Ages built on the water.

More than 110 sites are part of the Unesco world heritage.

Instructions "How do I make a dugout canoe?"