You can't do without China's "world first" anyway!

China is the number one in the world, if you don't believe it, you can live away!   Author: Liu Liang   There are many "world Nos." in China, which are silently blessed in different industries, fields, and regions...Among them, there is one of the world's No. 1s, and you can't do without it anyway.   That is China's highway!   Yes, after more than 40 years of construction, China's highway mile 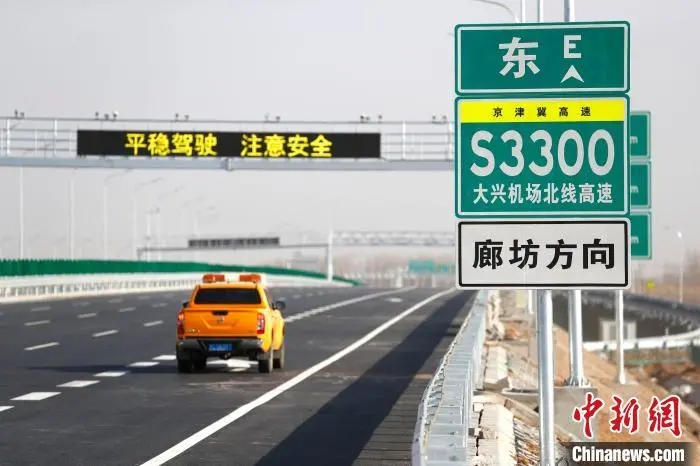 China is the number one in the world, if you don't believe it, you can live away!

There are many "world Nos." in China, which are silently blessed in different industries, fields, and regions...Among them, there is one of the world's No. 1s, and you can't do without it anyway.

That is China's highway!

Yes, after more than 40 years of construction, China's highway mileage has long been the world's number one.

From nothing to the first in the world, how difficult is it to build this "golden channel"?

Look at China along the highway, let's go!

After more than 800 days and nights, the Jiandongshan Tunnel, the first extra-long tunnel on the entire line of Chongqing Chengkai Expressway, has recently achieved a double-hole connection. This is the first inter-provincial passage connecting Chongqing to Shaanxi in the north.

So far, this section of road has become an important trunk line of highway traffic radiating from the capital of the Tibet Autonomous Region to the western Tibet region.

In recent years, the construction of highways in various parts of China has blossomed in many places, greatly shortening the time and space distance between provinces and important cities, speeding up the flow of resource elements between regions, and playing an important role in promoting the operation of the national economy.

From the vertical latitude, the development time of China's expressways is not long, only for more than 40 years. In horizontal comparison, China started even half a century later than developed countries.

But in such a short period of more than forty years, China's expressways have achieved a leap-forward development from "nothing" to "world first".

Photo courtesy of the Transportation Department of Tibet Autonomous Region

1988 was the "first year" of expressways in mainland China.

In this year, the 20.5-kilometer Shanghai-Jiasco Expressway Phase I project, Liaoning-Shenyang-Dalian Expressway, Shenyang-Anshan and Dalian-Sansilibao, a total of 131 kilometers, was completed and opened to traffic.

In 2012, China's highway mileage reached 96,000 kilometers, surpassing the United States for the first time and ranking first in the world.

At the end of the "13th Five-Year Plan" period, China's highways opened to traffic with a mileage of approximately 5.1 million kilometers, including 155,000 kilometers of expressways, continuing to be the world's No.

Among the representative expressway projects, the Shenyang-Dalian expressway must have a seat.

Today, the Shenyang-Dalian section of the G15 Shenyang-Haikou National Expressway, with a total length of 375 kilometers, is the "golden passage" of the Liaodong Peninsula. It plays a very important foundation for the economic and social development and opening up of the entire province and even the entire Northeast region Sexual and leading role.

The Jingjintang Expressway is China’s first expressway approved by the State Council, with a total length of about 143 kilometers. It is the first expressway from Beijing to Tianjin Port, creating a number of firsts in the history of expressway construction in China. : The first large-scale highway project designed and constructed in accordance with the requirements of modern expressways; the first inter-provincial and municipal expressway that does not have a main line station and implements the "one-vote system" toll, etc.

The development of China's highways is inseparable from the support of bridge construction technology.

Among them, the Hong Kong-Zhuhai-Macao Bridge, which officially opened to traffic in October 2018, is the first super-large cross-sea transportation project jointly managed by Guangdong, Hong Kong and Macao, with a total length of 55 kilometers.

This is currently the world’s longest overall length, longest steel structure bridge, and longest submarine immersed tube tunnel in the world. It is also the most technically complex, most difficult, and largest-scale bridge project in the history of highway construction.

"The roads are connected and all industries are prospering." The importance of road transportation construction to the country's social development is self-evident.

More than 40 years of expressway development history is a microcosm of the rapid development of China's transportation infrastructure.