New reports of cases of women with rare thrombosis after vaccination with AstraZeneca are prompting clinics to act. In Berlin vaccination appointments for younger women are being canceled - in North Rhine-Westphalia there is a demand for politicians. 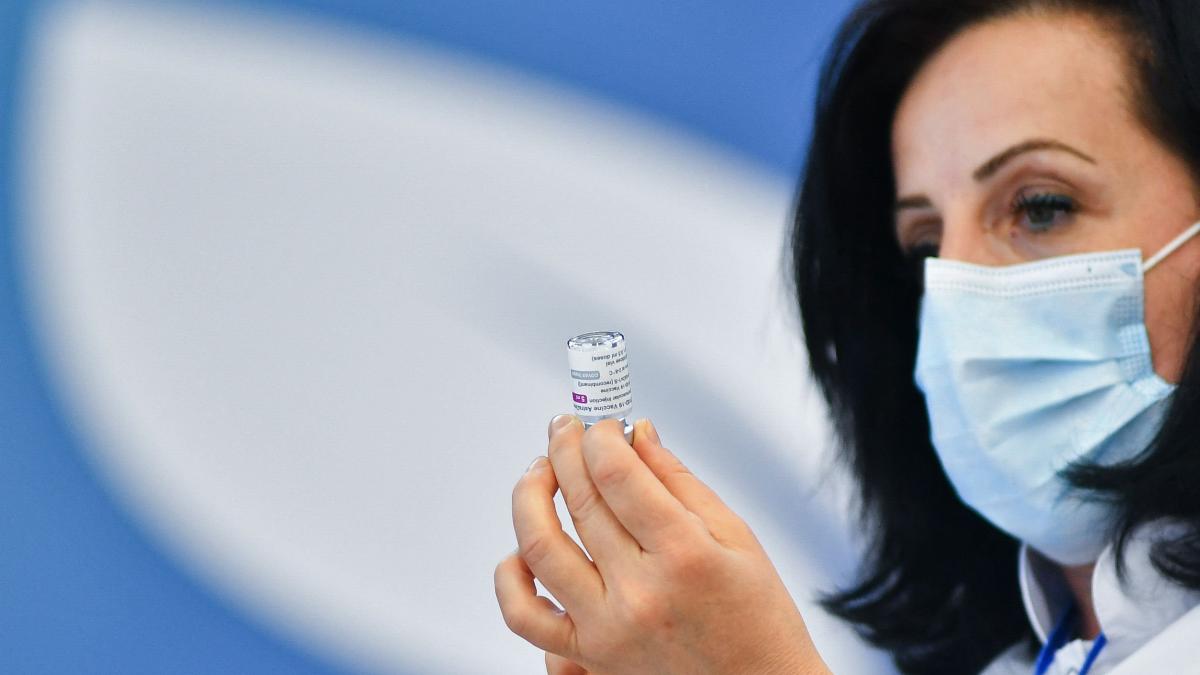 The heads of five of the six university clinics in North Rhine-Westphalia are in favor of a temporary stop to vaccinations of younger women with the active ingredient from AstraZeneca.

The risk of further deaths is too high, according to a joint letter to the federal and state health ministers, which is available to the German press agency.

The Berlin University Clinic Charité and the Vivantes clinics are already stopping all vaccinations of their employees under the age of 55 with the vaccine from the manufacturer AstraZeneca for the time being.

"From the point of view of the Charité, this step is necessary because in the meantime other cerebral vein thromboses in women in Germany have become known," said Charité spokeswoman Manuela Zingl on Tuesday.

The state-owned Berlin clinic operator Vivantes also suspended all vaccinations of women under the age of 55 with the vaccine until further notice.

"This mainly affects the own workforce," said a spokeswoman.

Cerebral vein thromboses were found in women in Germany after vaccinations.

Zingl emphasized that there were no complications at the Charité after vaccinations with AstraZeneca.

However, this wants to act as a precaution and wait for final evaluations.

So far, the Charité has administered around 16,000 first and second vaccinations to its staff during the pandemic.

“AstraZeneca accounted for the majority of this,” said Zingl.

During this week, not only employees but also students and thus many young women should be vaccinated.

On Monday, the Euskirchen district decided on its own to suspend Covid-19 vaccinations with AstraZeneca for young women up to 55 years of age.

Previously, a 47-year-old had died after a vaccination, a 28-year-old fell ill.

A deceased suffered a sinus vein thrombosis a few days after the vaccination.

The 28-year-old woman suffered from such a thrombosis after the vaccination.

According to the district, she is “in a stable condition and is being cared for in a special clinic”.

The district confirmed that the 28-year-old lives in Bonn, but works in the district and was vaccinated there.

The State Ministry of Health stated that the vaccination was suspended for the group of people in the district that it was "a medical decision that was made on site as a precautionary measure".

All data on possible side effects of vaccines came together at the Paul Ehrlich Institute and the Robert Koch Institute.

According to information from the ministry, the Standing Vaccination Commission is currently advising "whether, based on the reports of the past 10 days, a new adjustment of the vaccination recommendation is necessary".

The mechanism that leads to the rare thrombosis “is probably a cross reaction of the spike protein with a heparin receptor”, writes SPD health politician Karl Lauterbach on “Twitter”.

A mechanism that can also be seen in the antithrombotic drug heparin.

31 cases of sinus vein thrombosis after vaccination with AstraZeneca have now been reported to the Paul Ehrlich Institute.

The institute announced this at the request of “Spiegel”.

In 19 cases, a lack of blood platelets, a thrombocytopenia, was reported.

Those affected died in nine cases.

It is noticeable that men were only affected in two cases, a 36-year-old and a 57-year-old.

According to the PEI, all other reports concern women aged 20 to 63 years.

According to the Robert Koch Institute, around 2.7 million people in Germany have been vaccinated with Vaxzevria.

According to vaccination monitoring data from eight federal states, women under the age of 70 make up two thirds of those vaccinated so far.