Only a few Brandenburg asparagus expected at Easter

Brandenburg asparagus farmers look hopefully at the sun: Warm rays promise a good harvest. But so far the white poles have been growing hesitantly. Only small quantities are to be expected at Easter - as an appetizer, so to speak, for whatever is coming the season. 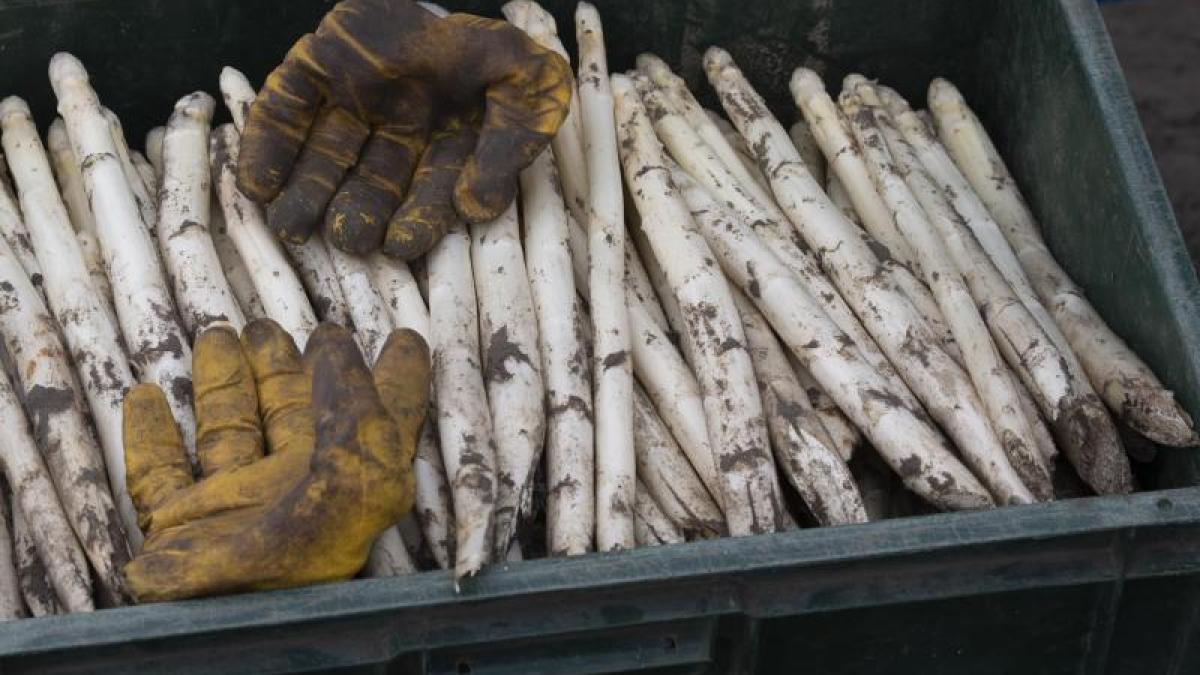 Beelitz (dpa / bb) - The Brandenburg asparagus farmers hope for every ray of sunshine so that the king vegetables can grow well until Easter.

"So far we have only expected very small amounts of the harvest," said Jürgen Jakobs, chairman of the Beelitz Asparagus Association.

Almost all of the asparagus farmers' farm shops are sold over the holidays.

So far, the income from Brandenburg will not be sufficient for trade.

The seasonal workers from Poland and Romania are ready, said Jakobs.

About half of the approximately 3500 helpers needed in the asparagus farms have already arrived.

About 20 percent of the workforce came from Poland, the rest from Romania.

"In view of the bad experiences from the previous year, precautions have been taken this time," said Jakobs.

At the start of the season, the helpers were sometimes unable to travel overland due to the corona pandemic and strict quarantine conditions.

The travel costs increased enormously for employers, and there were also no asparagus cutters.

According to the information, some of the workers have now already arrived at the Brandenburg companies.

Where planned, they will plant new asparagus fields.

Where this is not possible, the employees initially have free time until the start of the harvest.

The farmer then bears the expenses for board and lodging and pays a small allowance during this time in which they cannot work and also receive no wages.

For the first time, asparagus cutters from Georgia are expected - a total of 5000 for the states of Brandenburg and Baden-Württemberg.

The first farm workers for Brandenburg are due to arrive at the beginning of next week.

"We now need a few warm days with temperatures around 15 to 20 degrees," said Jakobs.

Then the asparagus could "shoot" 6 to 8 centimeters.

In the past five weeks, the foils would have provided good warmth in the dams.

The prognosis for the time after Easter predicts rather cool weather.

Now every degree and every ray of sunshine is decisive, he said.

According to current ideas, the season should officially open in Brandenburg on April 8th.

According to the State Office for Statistics Berlin-Brandenburg, the harvest in Brandenburg fell by 17 percent compared to 2019 to around 19,100 tons.

The yield area had been expanded by around seven percent to around 4,000 hectares and thus to a record size.