C1: Bayern without Lewandowski against Paris SG Paris (AFP) Hard blow for Bayern Munich: its star striker Robert Lewandowski was injured with Poland and will not be able to play the quarter-finals of the Champions League against Paris Saint-Germain. "Lewa" suffers from "a ligament sprain in the right knee" and will be unavailable "for about four weeks," his club said. He will therefore miss the duel against PSG, go on April 7 in Munich, retu 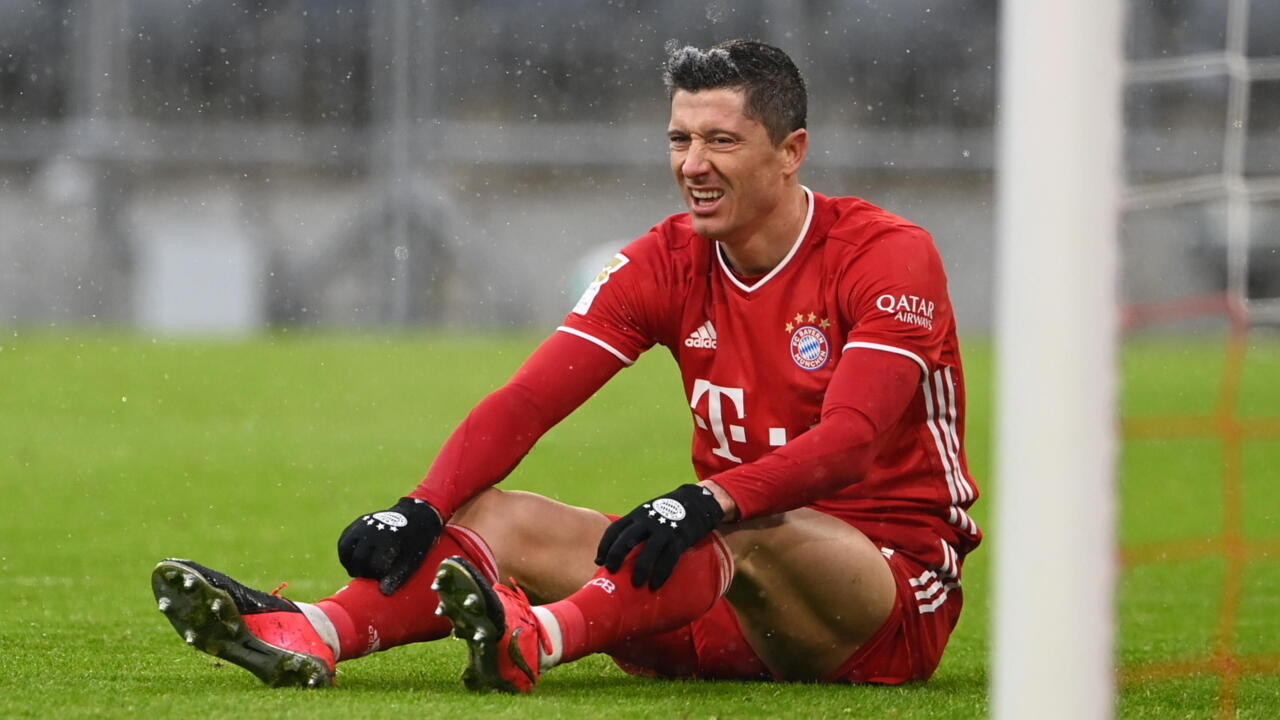 Hard blow for Bayern Munich: its star striker Robert Lewandowski was injured with Poland and will not be able to play the quarter-finals of the Champions League against Paris Saint-Germain.

"Lewa" suffers from "a ligament sprain in the right knee" and will be unavailable "for about four weeks," his club said.

He will therefore miss the duel against PSG, go on April 7 in Munich, return on April 13 in Paris, revenge of the last final of C1, won by the German club (1-0).

Bayern are losing their goal scoring machine, already 35 this season in the league.

Lewandowski is only five lengths behind legendary Gerd Müller's record, 40 Bundesliga goals in 1971-1972, in the same jersey.

In C1 also Lewa weighs with all his weight.

He is involved in 25 goals in 16 games since the start of last season (20 goals, 5 assists), more than any other player in the period.

The absence of one of the best players in Europe seems one less headache for the Parisian defense, against the ogre Bayern, big favorite to his own succession with Manchester City, the club which could well wait for the winner of Bayern -PSG in half.

- Gnabry to replace him?

But Bayern has many other advantages.

First of all, the Bavarian giant relies on an extraordinary collective, of which Lewandowski is the terminal.

As brilliant as the 32-year-old Pole is, the "Rekordmeisters" score a lot because they create a lot of chances in each game.

Bayern remain very dangerous without him, but there are few references to compare as Lewandowski is very little injured.

Coach Hansi Flick has several options to replace the Pole.

The most probable remains Serge Gnabry, who plays in this position of center-forward with the "Mannschaft", and scorer in the victory in Romania (1-0) on Sunday.

He could benefit from the centers of the former Parisian Kingsley Coman and Leroy Sané on the sides, and Thomas Müller in support.

The latter, extremely versatile, is also capable of occupying the position of center-forward.

Flick could therefore also choose a Gnabry-Müller duo in attack with Coman and Sané on the wings.

Otherwise, hello there it is again!

the solution in the logic of the workforce remains another former Parisian, Eric-Maxim Choupo-Moting, heroic scorer in the quarter-finals last season at PSG-Atalanta Bergamo (2-1).

In the Bundesliga, when Flick decides to rest Lewandowski, it is the Cameroonian international who returns.

Good teammate, never angry with his status as a substitute, exactly as he was appreciated at PSG, "Choupo" has had a completely correct season, with in particular 2 goals in five C1 matches, including two starts.

The Bayern machine is so well regulated that the absence of Lewandowski does not weigh the same as an absence of Lionel Messi at Barcelona, ​​Cristiano Ronaldo at Juventus Turin ... or Neymar and Kylian Mbappé at Paris Saint-Germain.

The Pole is also a machine, but the armor of the man who never gets hurt, with an irreproachable hygiene of life coached in particular by his wife, Anna, dietician, ended up cracking.

Lewandowski came out injured in the 63rd minute of the 2022 World Cup qualifying match against Andorra (won 3-0) on Sunday to return to his club for treatment.

The previous Wednesday, the striker had played the entire match in Hungary, where he scored the third goal for "Biale Cervoni" (3-3).

He had logically withdrawn from Poland's match against England, scheduled for Wednesday, and the Polish federation (PZPN) initially mentioned at least five to ten days of treatment.

It's ultimately worse for him and Bayern ...