The Suez Canal is open! Calculating the accounts, how does a ship "block" the global supply chain

China News Service, March 29 (Bian Lei) On March 29, local time, the Taiwanese freighter "Long Give", which was trapped in the Suez Canal and flying the Panamanian flag, finally got out of trouble. The Egyptian president praised the rescue operation as "success." At this point, the congestion of the canal has finally begun to ease, but the loss has already been caused.   Just as a butterfly fla 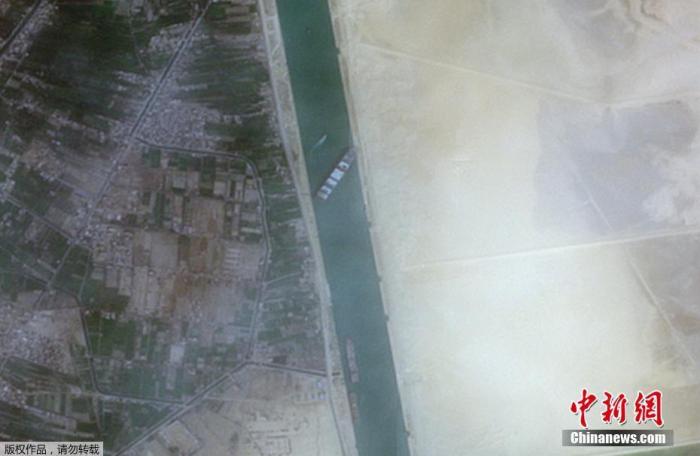 China News Service, March 29 (Bian Lei) On March 29, local time, the Taiwanese freighter "Long Give", which was trapped in the Suez Canal and flying the Panamanian flag, finally got out of trouble. The Egyptian president praised the rescue operation as "success."

At this point, the congestion of the canal has finally begun to ease, but the loss has already been caused.

Just as a butterfly flapping its wings may trigger a storm thousands of miles away, this giant cargo ship ran aground on the canal, not only "blocking" the path of more than 300 ships, it has an impact on the global cargo supply chain. , Perhaps also beyond people's expectations.

A heavy cargo ship flying the Panamanian flag ran aground on the new channel of the Suez Canal on March 23, causing congestion in the channel.

[The "butterfly effect" of blocking the heart]

The Suez Canal is located at the key point of the intercontinental zone of Europe, Asia, and Africa, connecting the Red Sea and the Mediterranean Sea.

The canal was opened for navigation in 1869 and is a key hub for European, Asian and African trade, and its busyness ranks among the forefront of global shipping routes.

The "big ship jam" was described as the worst accident in the history of the canal where a freighter ran aground and blocked the waterway.

As the rescue time goes by, more and more ships are blocked, and the economic costs continue to increase, making the global supply chain "stuck in the throat".

Some food may be left until its expiration date; the supply of wood pulp is blocked, and daily necessities such as toilet paper or supplies are in short supply. For people in Europe and the United States who stock toilet paper during the new crown epidemic, this bad feeling may reappear; coffee ships The stagnation may affect people to drink coffee in time; some Italian high-end motorcycles ordered are facing delayed delivery; freighters carrying sheep and other animals are trapped, or cause ecological risks; fuel delivery to Syria is delayed; even US warships in nearby waters Activities are also affected...

This accident showed people the subtleties of the butterfly effect in the era of globalization.

The picture shows a large number of ships moored at the entrance of the Suez Canal.

Data estimates show that for each day of blockage, the revenue of the canal will be reduced by 14 million to 15 million US dollars; German insurance giant Allianz Group estimates that this may cause global trade to lose 6 billion to 10 billion US dollars a week.

Earlier, the Secretary General of the International Maritime Union, Guy Platten, said that some shipping companies have begun to change their routes and detour the Cape of Good Hope in Africa.

This means that the relevant vessel’s range will increase by 3,500 miles and sailing time will be 12 days longer.

According to news from the Danish Moeller Maersk Group, the world's largest shipping company, 15 ships have been rescheduled to bypass the Cape of Good Hope in Africa, and losses are inevitable.

"The real losses and costs are difficult to assess before the ship is shallow and trade resumes." The BBC pointed out.

To be sure, in addition to affecting the global shipping industry and the Egyptian economy, many companies have been affected to varying degrees from transportation suppliers in many countries to retailers, supermarkets and manufacturers. In addition to huge financial losses, there are other hidden losses. .

[Big boat jam, how to rescue?

As one of the largest container ships in the world, the Long Grant is about 400 meters long, which is about the height of the Empire State Building and weighs about 200,000 tons.

In addition, there are still 18,300 containers on board, which makes it more difficult to get out of trouble.

It is not surprising that such a heavy freighter "stuck" on the Suez Canal.

Looking back 6 days ago, it was reported that when the freighter was travelling to the southern end of the canal, it was suspected to be hit by a strong wind in an instant, causing it to deviate from the channel and the ship slanted and ran aground.

However, on the 27th, the Rabbi, the head of the Suez Canal Administration, pointed out that strong winds and weather are not the main reasons for the ship's grounding, "may be caused by technical or human error."

On March 29, the heavy cargo ship stranded in the Suez Canal successfully floated and the hull direction was obviously corrected.

According to the latest news, on the 29th local time, the Egyptian Suez Canal Authority stated that the stranded freighter has been out of trouble and the canal traffic will resume.

The Egyptian authorities said that after the stranded freighter successfully floats, the canal will operate normally 24 hours a day, and it will take about three and a half days to clear the current congestion.

Completing the rescue work is not "a piece of cake", Peter Bodowski, the head of the Dutch shipping infrastructure company Boskalis, said earlier.

The complex rescue, which lasted for nearly a week, included tugboat towing and river dredging, and it was not easy to implement.

The Suez Transportation Bureau dispatched dredgers, tugs and excavators to carry out dredging.

Originally, the parties also planned to try to solve the predicament by comprehensively using various methods such as reducing the weight of the freighter and waiting for the rising tide.

Netizens asked Musk to "pull" the freighter with a rocket.

In this regard, netizens are also very mindful and have contributed their own ideas to help the freighter out of trouble: some netizens called Tesla CEO Elon Musk to rescue the stranded freighter with rockets; or, use balloons like the movie "Flying". The giant freighter was hoisted away as shown in "House Around Travels"; some netizens said: If you can't move the freighter, just move the Suez Canal!

In this rescue operation, there was even a new "net celebrity" who stood out-it is exactly the small excavator shown in the photo, digging and rescue work on the river bank, in stark contrast with the huge hull.

As the rescue work for the stranded giant cargo ship in the Suez Canal continues, excavators for digging sediment for the bow of the giant ship have become popular.

Its "stubborn" work has been spread by the media to all over the world. There are a thousand interpretations in the hearts of a thousand people. Netizens have encouraged the work of this excavator and created a series of online slogans.

Some netizens pointed out that an excavator that becomes a "little ant" in front of a huge freighter is like facing a dilemma in work and life, with a weak self, "weak, pitiful, and helpless"; but at the same time, it is precisely this one. The humble excavator makes all the ships of the European and Asian routes look forward to it digging the river bank as soon as possible to rescue the trapped ships, even if it is weak, sometimes it can play a key role.

Some netizens ridicule, when your investment fails, please think about this little excavator. If it stops working for one hour, the world will lose hundreds of millions of dollars...

The excavator driver also harvested a wave of traffic in the process, opened an account on social media, named "Suez Canal Digger", and introduced his "motto" in the introduction: "Do your best, but There is no guarantee."

During the rescue, the excavator driver also reported the work progress to netizens in real time, which attracted a large number of fans.

"Do you know that feeling?" The excavator driver wrote a description of the rescue work, saying that it was like "using your tongue to find food residue stuck between your teeth"; even online "requesting a salary increase" to get netizens to click awesome.

At the moment, stagnant shipping will gradually resume, but there are still many problems to be solved.

In the future, how to prevent and relieve the "big ship jam" in the Suez Canal, whether there is human error in the accident, and how long the impact on the global supply chain and the economy will last... are all questions for people to think about.