In addition, two Seoul Mayor candidates Park Young-seon and People's Power Oh Se-hoon of the Democratic Party fought a fierce slander in the first TV debate last night. Candidate Youngseon Park intensively delved into the suspicion of self-compensation in Naegok-dong's wife when Oh Se-hoon was in office as mayor of Seoul. 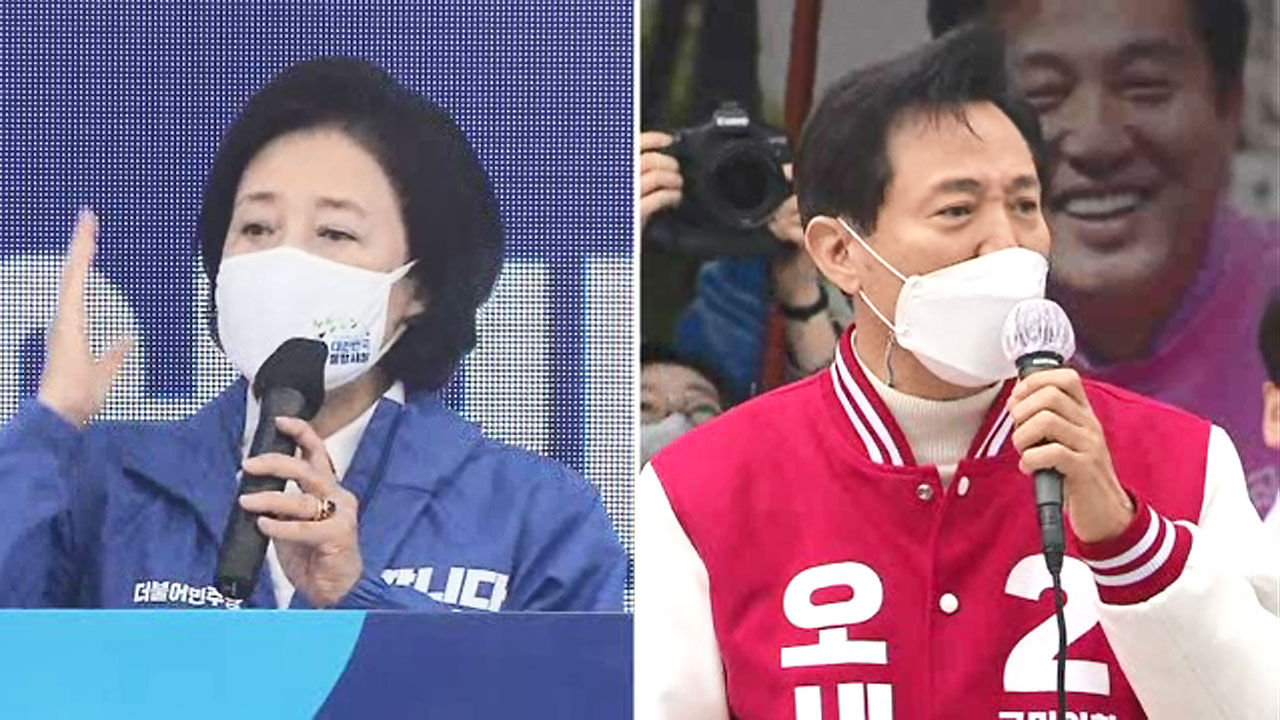 Candidate Youngseon Park intensively delved into the suspicion of self-compensation in Naegok-dong's wife when Oh Se-hoon was in office as mayor of Seoul.

Candidate Park presented the Seoul Housing and Urban Corporation (SH) answer as evidence, saying, "An answer came from (from SH) saying that we received an additional supply of special pre-sale for single-family housing."

Candidate Oh confronted him saying, "To be precise, I don't remember it. My wife is a property, and how do I know it exactly?"

There was also a heated debate over real estate policy.

Even after the late Seoul Mayor Park Won-soon's suspicion of sexual harassment and the resignation of Mayor Oh's free meal voting in 2011, a sharp battle has come and gone.

Candidate Park criticized him as "provider of the cause of the 2011 election", saying, "Is that the job to be thrown out of the office in connection with Candidate Oh's free meal voting?" It.

Candidate Oh asked, "Is it wrong to spend money for the rich on the poor?" and insisted, "We should focus on those in need."

In addition, he added, "It is my position that I will not withdraw what has been started."

Candidate Oh, who took a counterattack, refuted, "Is it the same as the by-election by sexual harassment?"

Candidate Oh said, "If you are apologizing, shouldn't you have used the three people in the camp?" and Candidate Park replied, "I'm sorry for hurting that part."

Two candidates Park Young-sun and Oh Se-hoon are scheduled to meet again on the night of the 30th at a TV debate hosted by the Central Election Broadcasting Debate Committee.