Kiev responded to the preparation of negotiations between Russia, Germany and France

The press secretary of the Ministry of Foreign Affairs of Ukraine Oleg Nikolenko commented on the reports on the preparation of negotiations between the leaders of Russia, France and Germany, Vladimir Putin, Emmanuel Macron and Angela Merkel. This was reported by "Evropeyskaya Pravda". 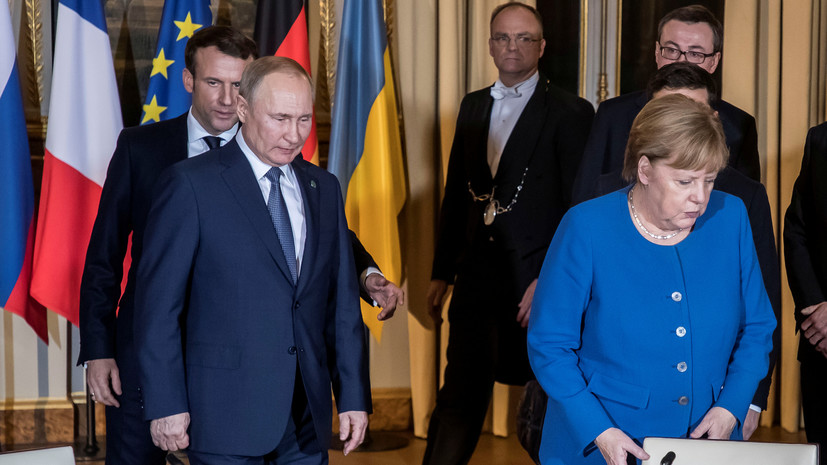 “Our position is nothing about Ukraine without Ukraine,” said the speaker of the Ukrainian Foreign Ministry.

He also added that Kiev is convinced that only with the full complement of the Normandy format "it is possible to achieve progress on key issues of a peaceful settlement."

Earlier, the Kremlin reported that Russia, Germany and France are negotiating a possible contact between the leaders of these countries, one of the topics of the talks will be Donbass.

Also, the press secretary of the Russian President Dmitry Peskov said there were no plans for negotiations between Russian leader Vladimir Putin and Ukrainian President Vladimir Zelensky.