Hamburg remains in corona lockdown. While the city is relaxing the rules for drinking alcohol in public a little, other rules have been tightened. Mayor Tschentscher calls for uniform and consistent corona rules. 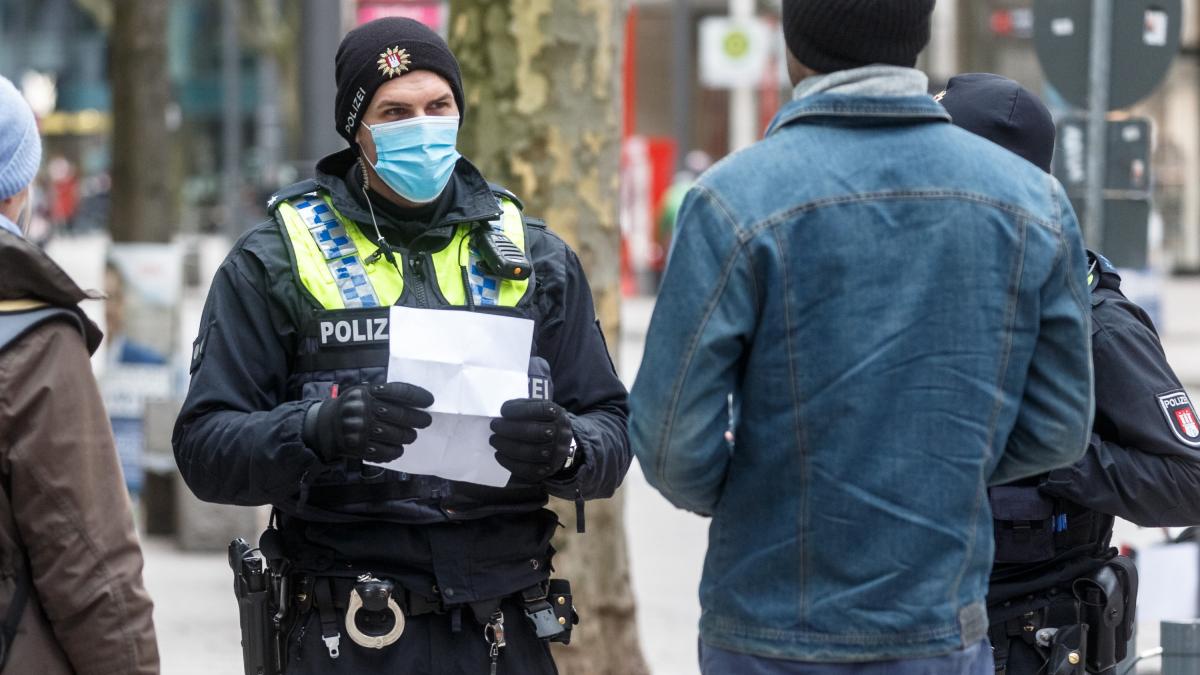 A new corona regulation has been in effect in Hamburg since midnight.

With this ruling, the Senate extends the lockdown until April 18.

Most of the rules remain unchanged.

But there are minor changes.

As a result of a court ruling, the Senate largely lifted the ban on alcohol consumption in public that was introduced in mid-December.

Streets, squares and parks are affected, where, according to the police, there are gatherings of people with communal alcohol consumption.

The city has listed the numerous squares and streets in detail in the ordinance that is now in force.

The mask requirement is tightened.

It now also applies to passengers in cars, but not to the driver himself. If the occupants belong to the same household, they are exempt from the obligation.

Mouth and nose covering is still required in many busy outdoor locations.

The "emergency brake" that has been in effect since March 20 remains unchanged.

Furthermore, members of a household are only allowed to meet one other person.

Children are not counted.

Most shops are also closed unless they sell everyday goods, books or flowers.

However, the children and employees often have to take rapid tests.

According to the agreement between the federal and state governments, the Senate allows the possibility of model projects with which the opening up of social life under corona conditions is to be tested.

"The restrictions envisaged according to the MPK level concept are not implemented consistently enough and too small-scale," said the SPD politician WELT.

This patchwork quilt leads to a lack of acceptance, increased mobility and insufficient effectiveness of the measures.

One therefore needs uniform regulations on retail, sport and gastronomy.

Contact and exit restrictions would have to be consistently implemented everywhere in Germany.

"The sooner this happens, the better it is for everyone."

From Tschentscher's point of view, the infection dynamics must urgently be slowed down.

"If this is not done promptly, the expansion of an efficient test strategy is no longer sufficient to stabilize the infection process.

In the last phase of the pandemic and before adequate vaccination protection is achieved, Germany is threatened with overloading the health system. "