The defense and security forces of Côte d'Ivoire were the target on Monday of two attacks in the north near the border with Burkina Faso in the grip of jihadist actions, less than a year has ... 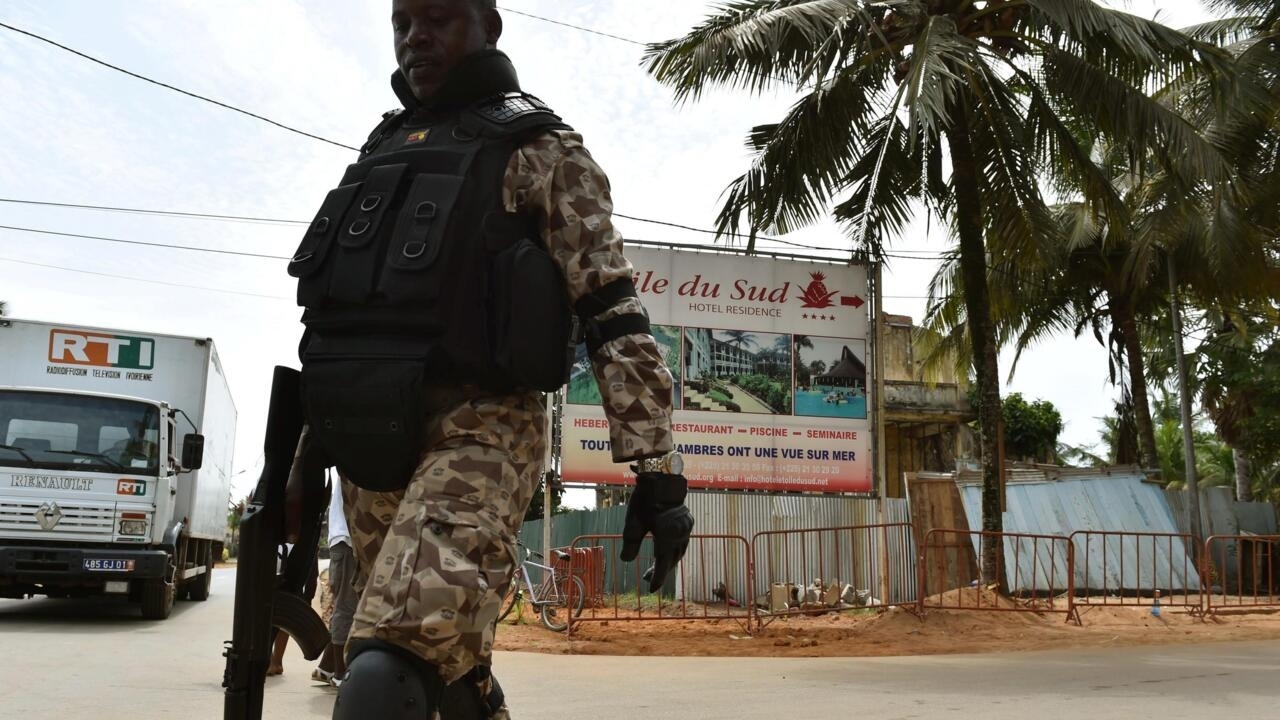 The facts took place near the border with Burkina Faso in the grip of jihadist actions, less than a year after a previous attack on the army.

An army post was attacked in Kafolo, a border town with Burkina Faso, around 1 a.m. (local time and GMT).

There were "two deaths", according to a resident.

The attack was confirmed by a security source and the army staff, but "for the moment we do not yet know the nature of the attack", nor the exact number of dead, nor their identity. , depending on the security source.

"The attackers have been repulsed and a military operation is underway," the Ivorian army staff told AFP, without further details.

Shortly after, a gendarmerie post in the town of Tehini, east of Kafolo, was targeted by armed men.

"There is a dead gendarme," one of his colleagues told AFP in the town of Ferkessedougou, not far from Kafolo and Tehini.

Al-Qaeda expansion project in the Sahel

On the night of June 10 to 11, 2020, an attack against the Ivorian army had already occurred in Kafolo, in which 14 soldiers had been killed.

Attributed to the jihadists who strike in several neighboring countries - Burkina Faso, Mali and Niger - this attack had not been claimed.

Côte d'Ivoire was hit for the first time by a jihadist attack in March 2016, in the seaside town of Grand-Bassam, near Abidjan: attackers opened fire on the beach and hotels, killing 19 people.

At the beginning of February, Bernard Emié, head of French foreign intelligence, affirmed that Al-Qaeda in the Sahel was developing an "expansion project" towards the Gulf of Guinea, in particular the Ivory Coast and Benin.

"These countries are now targets too and to loosen the grip in which they are caught and to expand southwards, terrorists are already financing men who are spreading in Côte d'Ivoire or Benin", had- he says.

"We have strengthened military protection at our borders"

The Ivorian government, through the voice of its spokesperson Sidi Touré, considered that it was an announcement coming "to break down a door already open: we had been sufficiently alerted for several years on the terrorist threat to our sub. -region".

"For years now, measures have been taken by the State of Côte d'Ivoire to face any threat whatsoever [...] in a very intelligent cooperation between national and international services" he added, affirming that his country "maintained permanent vigilance concerning this problem of terrorism".

Several attacks were thwarted thanks to the collaboration of the Ivorian, Malian, Burkinabè and French intelligence services, according to Ivorian and French security sources.

"We have strengthened military protection at our borders," President Alassane Ouattara told AFP at the end of October 2020, before his re-election, referring to actions in "the field of intelligence and the acquisition of technological tools".

"We have cleaned the area [of Kafolo], we are ready to face any possible threat," he assured.

The Sahel is prey to the attacks and deadly attacks of a myriad of jihadist groups, linked either to Al-Qaeda or to the Islamic State group, and established in areas largely neglected by the central powers.

France, which has 900 soldiers on its military base in Côte d'Ivoire, has also deployed 5,100 men in this region since the launch of Operation Barkhane in 2014.