According to Lewis Hamilton, the purpose of the F1 series rule changes is to slow down the Mercedes team, which has won world championships seven times in the tube. 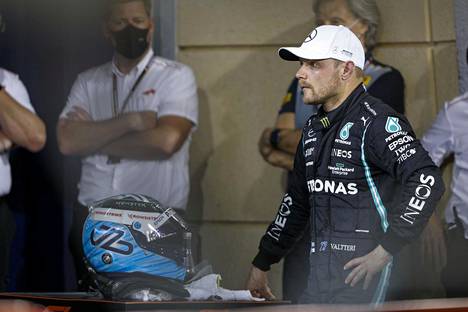 Before the F1 winter tests, many expected the power ratios in the World Series to remain largely in line with last season.

However, tests already showed that the pack might still be a little more mixed, and confirmation was received in time for the Bahrain GP on Saturday.

Red Bull’s Max Verstappen, who was only on the pole once last season and even then with a meager 0.025 second gap, took first place with a neck over 0.3 seconds to Mercedes ’Lewis Hamilton.

The F1 cars in all the stables are mainly development versions of last year.

The small, rule-driven changes to the base plates seem to have eaten up the impact ability of Mercedes and Aston Martin, the former Racing Point in particular.

Racing Point was in the middle of a copy noise last year when its car looked almost identical to Mersu’s 2019 car.

"It's no secret that these changes have, of course, been made to push us back," Hamilton announced at a time trial press conference, according to Motorsport.

He also pointed out a rule introduced last year in the middle of the season that prevented changes to engine settings from time to time or during races.

This is how Mercedes lost its advantage in “party mode” from time immemorial.

That rule reform was hardly reflected in the results.

- But that's ok, we love challenges and don't focus on these things.

We just work hard to be our best.

Valtteri Bottas did not want to take a position on this year's rule changes but contented himself with saying that Red Bull has a very strong package in all respects.

- They have done a good job during the winter, and we need to do better things.