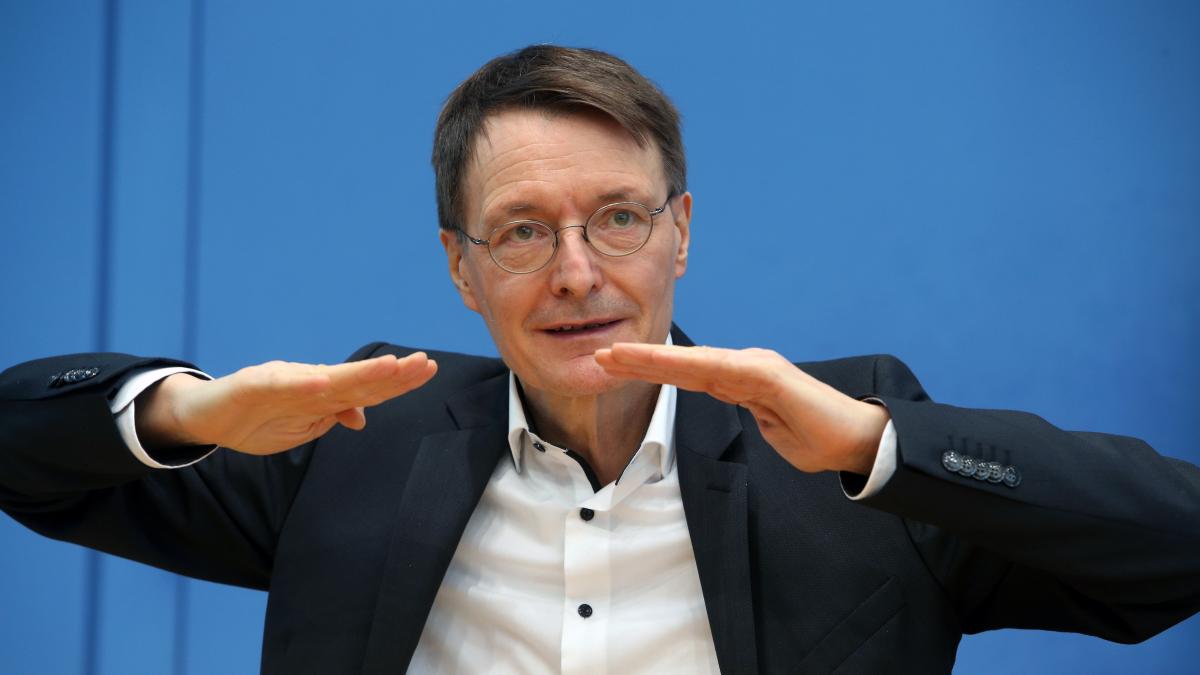 SPD health expert Karl Lauterbach has called for rigid measures to contain the third corona wave in order to prevent a casualty record in this country of well over 100,000 deaths.

“We have to stay well below 100,000 dead,” said the German government's corona advisor to the Berlin “Tagesspiegel” (Sunday edition).

So far, around 76,000 people have died in Germany after a corona infection.

Lauterbach called for a quick new Corona summit, which would have to resolve a nationwide night curfew for at least two weeks.

In addition, the health politician called for a stop of the model projects planned for the time after Easter, in which the corona restrictions are to be relaxed.

“No openings, no model projects.

In particular, the approach of the Saarland, where there should be nationwide easing, criticized Lauterbach in the "Tagesspiegel", as "lack of solidarity".

“They received additional doses of the vaccine there because they are in the border region and that is where the South African mutant spreads,” Lauterbach emphasized.

The planned openings are "but also not showing solidarity, because we are ruining our entire message".

"The model tests are nothing more than fig leaves for relaxation," said the SPD politician.

It is "an illusory idea that we are loosening up and still the number of cases is going down".

In addition to further restrictions to curb the corona death toll, Lauterbach demanded that the time between the first and second vaccination be extended to three months.

He considers the Biontech / Pfizer corona vaccine "twelve weeks to be justifiable, even if it goes beyond the actual approval interval".

With the AstraZeneca corona vaccine, the interval between the first and second vaccination has already been increased to twelve weeks.

Lauterbach calculated that if there were only initial vaccinations, 60 million citizens could have received their first dose in the second quarter and thus already received a high level of protection against the virus.

Considerations by Berlin's Governing Mayor Michael Müller (SPD) to change the sequence of vaccinations and to vaccinate more young people because of their many contacts, Lauterbach sharply rejected.

Older people have a significantly higher risk of death with a corona infection.

"I cannot convey to these people now that 20-year-olds are preferred to be vaccinated so that they can party without infecting others."