After the mass shooting: Demonstrations in the US to stop racism against Asians 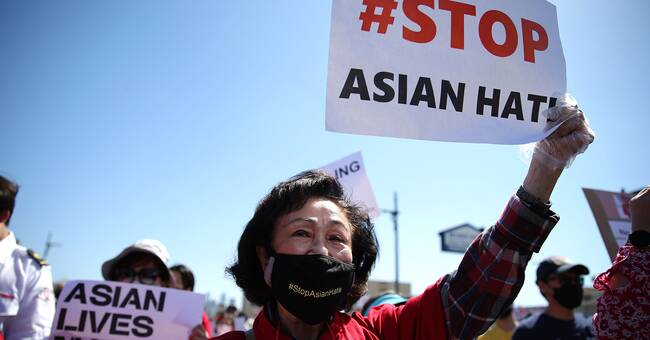 "Stop Asian Hate" is the slogan that came to the fore in the United States after a mass shooting in Atlanta on March 16 where eight people died, six of whom were women of Asian descent.

The act is not officially classified as a hate crime, but many activists believe that the mass shooting was an expression of racism against Asians, writes CBS News.

The outbreak of the coronavirus in China is believed to be a cause of increased anger and hatred against people of Asian descent.

During the pandemic year, 3,800 hate-related incidents against Americans with Asian credentials were reported in the United States and the number of blacks is feared to be high, according to the non-profit organization Stop AAPI Hate.

Former President Donald Trump often called the corona virus "the Chinese virus", which has diluted the use of racist hashtags on Twitter, according to a study, reports CBS.

"No safe haven for hatred"

President Joe Biden has expressed his support for legislation against hate crimes in the wake of covid-19.

"Hatred cannot have a safe haven in the United States," the president said in connection with the shootings in Atlanta last week.

Protesters over the weekend marched through the cities of Los Angeles, Detroit, Oregon and Lancaster in the United States and demanded stricter legislation against discrimination and hate crimes against Americans of Asian descent.