New cases in the U.S. increase by 7% a week, CDC warns of rising epidemic 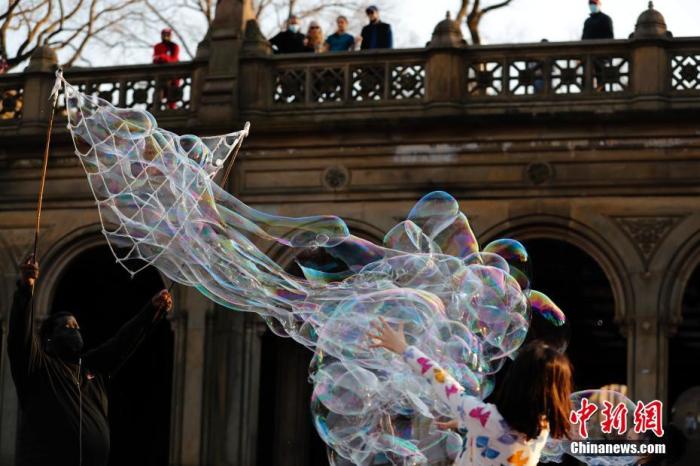 At present, the United States has stepped up its vaccination plan, and the number of vaccination in a single day has set a record.

However, on the 26th local time, the US Centers for Disease Control and Prevention (CDC) warned that unless epidemic prevention measures continue to be maintained, the number of new crown cases in the United States may surge again.

warns of the rising trend of the epidemic

CDC Director Valensky said at the White House epidemic briefing on the 26th that based on the 7-day average, there are currently about 57,000 new cases in the United States every day, an increase of 7% from last week.

"I am still deeply concerned about this trend," Varensky said. "We have seen the number of new cases and hospitalizations have changed from a historical decline to stagnation and rising again. We have gone from the previous surge in cases. I learned that if everything is not controlled now, the epidemic curve is indeed likely to soar again."

The CDC again advises people not to travel.

The popular tourist destination of Miami Beach, Florida, caused chaos due to crowds of people during the spring break.

The city officials declared a state of emergency and ordered a rare curfew on the weekend.

On the other hand, the mutated new coronavirus may pose a serious threat to the epidemic in the United States.

Earlier, the White House chief medical adviser Fauci said that the variant virus found in the UK may have accounted for 30% of new infections in the United States.

Valensky urged the public to “take the current situation seriously,” adding that people should continue to wear masks, maintain a 6-foot social distance, and avoid crowds or travel.

She emphasized that "we can reverse this situation, but it requires the joint efforts of all of us."

Johnson & Johnson may deliver 11 million doses of vaccine to the U.S. next week

At the same time, US health officials have been urging Americans to get vaccinated as soon as possible.

On the 26th local time, Dr. Shapar, the White House's new crown data director, posted on personal social media that on the 26th, the US vaccination set a new record, and the dose jumped to 3.38 million doses.

The average vaccination in seven days has now reached 2.62 million doses per day.

On the same day, the White House stated that Johnson & Johnson will deliver at least 11 million doses of the new crown vaccine next week, which may allow the company to exceed its previously set goal of delivering 20 million doses of vaccine to the United States by the end of March.

Although it is still not completely certain whether Johnson & Johnson can accomplish this goal, Zienz, the White House Coordinator for Covid-19 Response, said the company is ready to achieve this goal.

In addition, Zienz also said that by mid-April, about half of the states in the United States will open vaccination qualifications to all adults.

The US President Biden's previous goal is that all states will open vaccination eligibility to all adults before May 1.

Biden also raised the national vaccination target this week, which is to vaccinate the entire American population with 200 million doses within the first 100 days of his tenure, which means that an average of 2.5 million doses will be vaccinated per day during the remaining time.