Thomas Gottschalk played his first leading role in a comedy in 1982 in "Piratensender Powerplay". Today you can call him a station pirate with a clear conscience - the showmaster is everywhere. Insights into a tightly packed schedule. 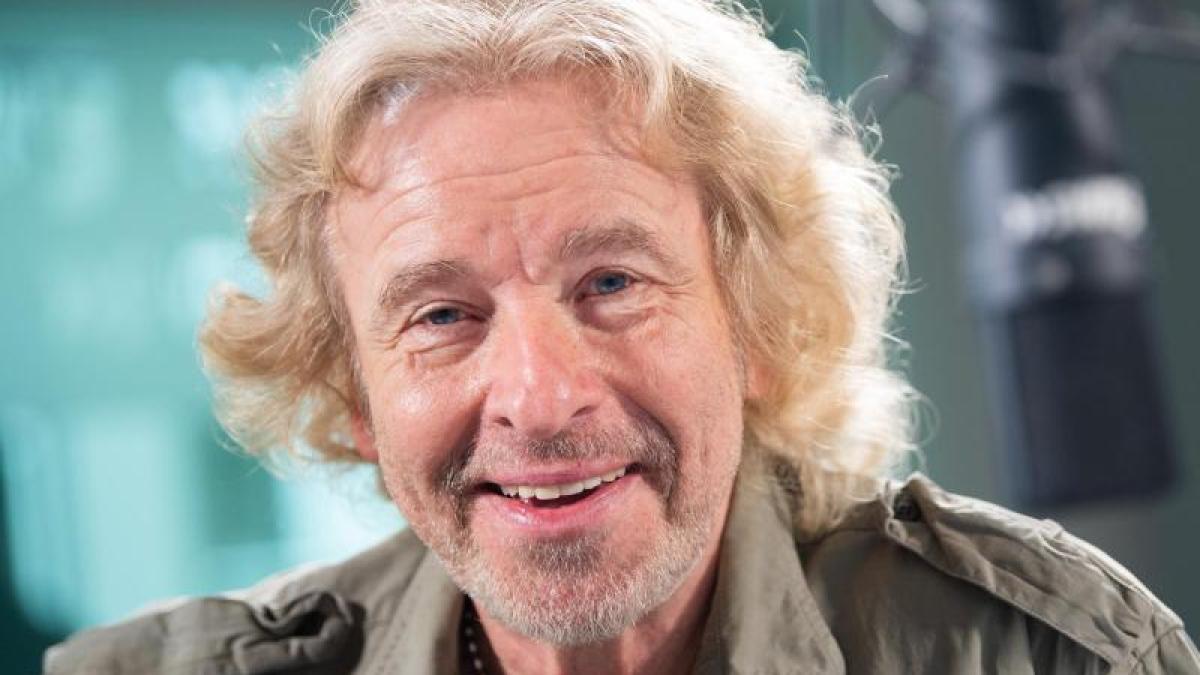 Berlin (dpa) - Anyone who watches television at prime airtime during these weeks and months might think the remote control is broken: You can see Thomas Gottschalk moderating a show on what feels like all channels.

Although he left his former living room on ZDF - but then peeked into many other channels.

Encounters with a man who once had superstars sitting on his couch - and is now suddenly looking for one.

"Germany is looking for the superstar" (RTL)

The latest prank of the circus horse.

Gottschalk (70) takes the orphaned place of chief juror Dieter Bohlen (67) in this year's final shows of "DSDS", who surprisingly called in sick and whose entire commitment to the casting show is now ending.

Gottschalk explains the representation of pop titans in his own way: "Firstly, one titan won't let the other down and, secondly, I had nothing better to do."

The candidates could all sing great anyway.

The first use is on Saturday in the "DSDS" semifinals.

At RTL, things continue for him right after “DSDS”: new episodes of “Because they don't know what's happening!”

"Who is stealing the show from me?"

Joko Winterscheidt (42) started a show in January that could literally be won.

The idea: The sometimes prominent candidates try to replace Joko as moderator.

Joko had a strong opponent with the veteran Gottschalk, who could probably be woken up at 1.00 a.m. for a moderation.

In the first two issues, "Thommy", like other candidates, was left behind and left the studio shamefully through a kind of car wash.

But the Filou learned a lot.

At some point he not only had an umbrella with him - unlike Winterscheidt, he was also familiar with the state symbols on the flag of the GDR.

Joko could hardly believe his defeat.

ProSieben overwritten Gottschalk the show, which he turned upside down.

At least one issue could hold up Gottschalk.

In December 2020, Gottschalk moderated a kind of annual review in the First - which was not easy in a Corona year.

The concept: things should be made up that had failed due to the pandemic.

Gottschalk explained in an almost missionary manner that his good mood was "relatively morbid".

“If I lose them, the others will be crying.

From April 16 on, the show legend will once again be in demand as a nostalgic, this time on SWR regional television.

The big celebrity birthday »he brings stars of different ages into the studio and looks back on the year in which the guests came of age.

It's about music, TV, cinema and fashion.

Moderators such as Birgit Schrowange, Laura Wontorra and Kai Pflaume are coming.

Gottschalk's memorable participation in another major casting show on German television has almost been forgotten.

In 2019 he attended the freestyle of the "GNTM" winner.

It became a Simone from Stade.

At the same time, a kind of “wedding” was celebrated in the show, in which an oversized marmot took part as best man - and Gottschalk.

At that time you thought you could see a certain bewilderment on the face of the well-traveled TV veteran.

"For me, it's all big children's carnival here," he said.

A short but remarkable episode in the post-«Wetten, dass ..?» Phase of Gottschalk.

In 2012 - shortly after he left the competition couch - Gottschalk was on the jury of the RTL show, in which talented harmonica players and clever dogs appear.

Next to him at the time: Dieter Bohlen.

He later described the behavior of the pop titans in his biography: "With a fixed look at himself, he submits everything to the goal of looking good himself."

There was a short trip to the casting floor, which was to be followed by others.

Message RTL about "DSDS" and Gottschalk