In addition to losses, fixed costs must also be offset. For tourism, bars and gyms, refunds of 2% to 5% of turnover losses 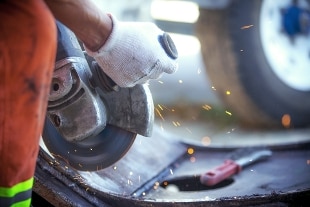 March 27, 2021 Direct aid allocated by the Conte and Draghi governments to businesses and self-employed workers in this first year of the Coronavirus pandemic is 64.7 billion euros.

Resources that in large part still have to be disbursed. In fact, up to now, Italian entrepreneurs and artisans have benefited from only 27 billion of the 64.7 euros of aid.

Although in absolute terms these 64.7 billion represent a very significant amount, according to the Association chaired by Roberto Bottan, they only compensate for 18.5% of total lost revenues, equal to approximately 350 billion euros in 2020. "It is evident. that in the face of these numbers there is now the need for the Draghi government to change register in terms of measures to support businesses and self-employed workers ", writes the CGIA in a note.

Fixed costs must also be covered, not just losses

The Association of Artisans and Small Enterprises underlines that in addition to reimbursing the losses incurred to a greater extent, it is also necessary to compensate a large part of the fixed costs, as in France and Germany, which for months they have transposed the new provisions introduced by the European Union on state aid to businesses.

These are all those costs such as rents, insurance, various bills which, despite the obligation to close and the consequent zeroing of revenues, the economic activities continue to sustain.

Non-repayable grants amounted to 22.7 billion, half still not paid

As regards the resources allocated to companies up to now, 27 billion were paid out last year, while about another 38 will be in the coming months.

Of the latter, 24 are attributable to the 2021 Budget Law and 11 to the Sostegni decree.

Among the main items, the 22.8 billion

(of which 11.3 already accredited) stand out.

Equally significant is the

to companies in the event of hiring, for 9.2 billion.

For the current year alone, 6.3 billion

relief for the sanitation

Finally, the item other interventions is 13.7 billion, which includes refreshments in the trade fair and congress sector;

aid to the agricultural, fisheries and aquaculture sectors;

Simulations of reimbursement of loss of turnover for some production activities

For commercial and entrepreneurial activities, which have been most affected by the negative effects caused by Covid, from bars to hotels to travel agencies to reach swimming pools and gyms, the Support decree launched by the Draghi government provides non-repayable reimbursements for the loss of turnover that fluctuate from just under 2% to 5%, again notes the CGIA.

Here, according to what the CGIA simulates, at a

that in 2019 recorded a turnover of 200 thousand euros and the following year suffered a decrease of 80%, will be granted a reimbursement of 6,667 euros, equal to 4.2% of the loss in turnover. A

Amount that will compensate for 1.7% of losses.

The CGIA highlights how: "If the new aid is allocated with a certain continuity and with acceptable economic dimensions at least until the end of this year - as announced in recent days by the Minister of Economy Daniele Franco - we can still do it. Otherwise, we risk a general closure of many artisan shops and as many small commercial shops which will cause the desertification of both the historic centers and the suburbs ".