"Slight movement" when the container ship is exposed

The Suez Canal is still blocked because a container ship ran aground. More than ten tractors and three excavators have been in continuous use for days - and something is happening, albeit minimally. 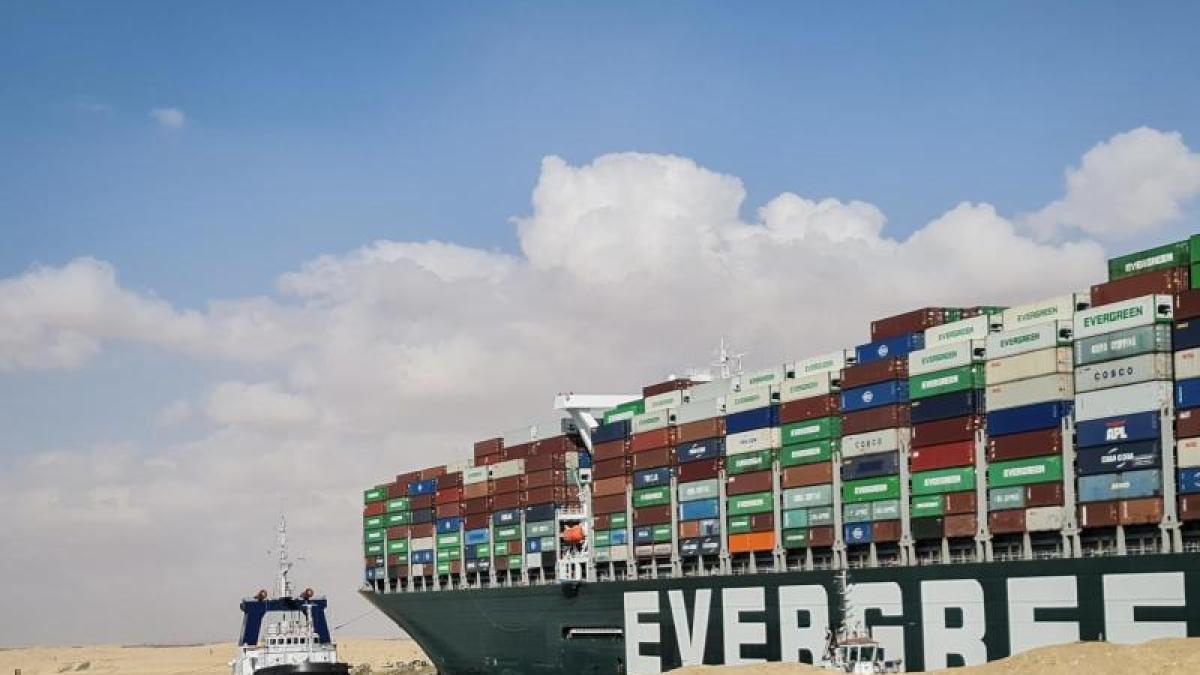 Cairo (dpa) - The hoped-for uncovering of the container ship "Ever Given", which is blocking the Suez Canal, is progressing a little.

The shipping and logistics company GAC spoke of more than ten tugs and three dredgers that are in use to reopen one of the world's most important waterways for trade.

There is "slight movement".

The freighter is still aground.

Admiral Usama Rabi, chairman of the canal authority, announced on Friday evening that nine large tugs were involved in the work.

Shipping on the canal was stopped after the 400-meter-long container ship ran aground due to a sandstorm in poor visibility.

This has caused a long traffic jam.

According to information from the Danish shipping company Maersk, more than 200 ships are now stuck in both directions in the "traffic chaos".

The ship of the Taiwanese shipping company Evergreen sails under the Panamanian flag.

Several factors played a role in the maneuvers of the tugs to uncover, said Rabi, especially the wind direction and ebb and flow.

It was a "complicated technical operation," said Rabi.

The USA and other countries offered help to Egypt.

According to CNN television, the US Navy wanted to send a team of experts on Saturday to investigate the situation.

The Suez Canal connects the Mediterranean with the Red Sea and thus offers the shortest shipping route between Asia and Europe.

Every year around 18,000 ships normally pass through the waterway.

According to the alliance, around 13 percent of total world trade was carried through the canal in 2019.

Some countries have already started to send the first ships on a detour around the Cape of Good Hope.

According to the Hamburg shipping company Hapag-Lloyd, this will extend the journeys by around a week.

At the same time, the waters off the coast of West Africa, especially in the Gulf of Guinea, are particularly dangerous because of possible pirate attacks.

Map showing the location of the freighter

Details of the ship