With the participation of coaches ... an English plan to get rid of the disastrous mistakes of the video referees in the Premiership

The British Times newspaper said that the country's arbitration officials are working on a new plan aimed at improving the performance of the video assistant referee (VAR) in the Premier League, and that the changes will be reported to the referees before the start of next season. 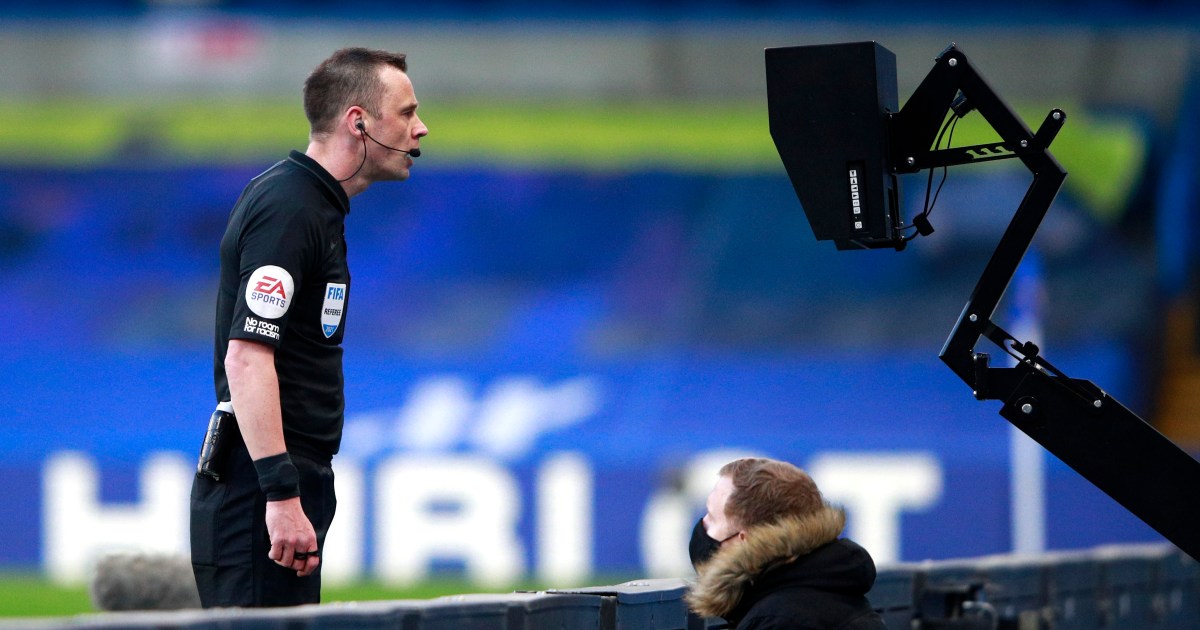 The British newspaper (The Times) said on Friday that the country's refereeing officials are working on a new plan aimed at improving the performance of the video assistant referee (VAR) in the English Premier League football, and that any changes to the system will be reported to the referees before the start of next season.

Since its introduction into the Premier League last season, the VAR system has been criticized by many of the tournament’s top coaches as well as by the public, due to the multitude of errors, controversial decisions, and offside status.

Some of those in charge of the rulers, and even the rulers themselves, have admitted to making mistakes, and some were forced to apologize for them.

Maupay vs Manchester United - You can maybe argue it's a penalty but the referee has blown the actual full time whistle and brought the players back on the pitch for Fernandes to score the winner in the 99th minute😭 FT Brighton 2-3 Manchester United pic. twitter.com/FOlXkTwHmj

The newspaper said that the action plan to improve the performance of the system was crystallized based on opinion polls in which coaches, team leaders and sports managers participated.

The officials in charge of the plan confirmed that any new changes that will be reached will be communicated to the referees, and will be implemented from the next 2021-2022 season.

Most of the Premiership teams were affected by the mistakes of the mouse, some of which seemed naive and inconsistent, and some of the stars against whom clear errors were committed without any decisive intervention were not fair, and a stark example is the violent intervention of Everton's goalkeeper against Virgil van Dyck, Liverpool defender, as that interference went unnoticed. Without any penalty for the goalkeeper, and caused Van Dyck's absence since the match until now, due to a severe knee injury.

The English Premier League became one of the clearest examples of the failure of the mouse to eliminate errors, which prompted some stars and coaches to demand its cancellation, including Wayne Rooney and others.

🗣 "It was a great ball from Shaq. I want to just give him credit."

Mo Salah reflects on an important win for Liverpool at West Ham.

Liverpool star Mohamed Salah said, "I have never liked the mouse technique, since the beginning of the season this technology has eliminated the play and the joy of football, you must be in the right position before the offside line, I think it goes better in the Champions League, and in other countries it gives more space." For the attackers, I do not want to be punished, but this is my opinion, I do not like the mouse. "