Some EU countries are lagging behind when it comes to the corona vaccine because they have bought little from certain manufacturers. Austria's chancellor invoked great dangers. But he has achieved little. 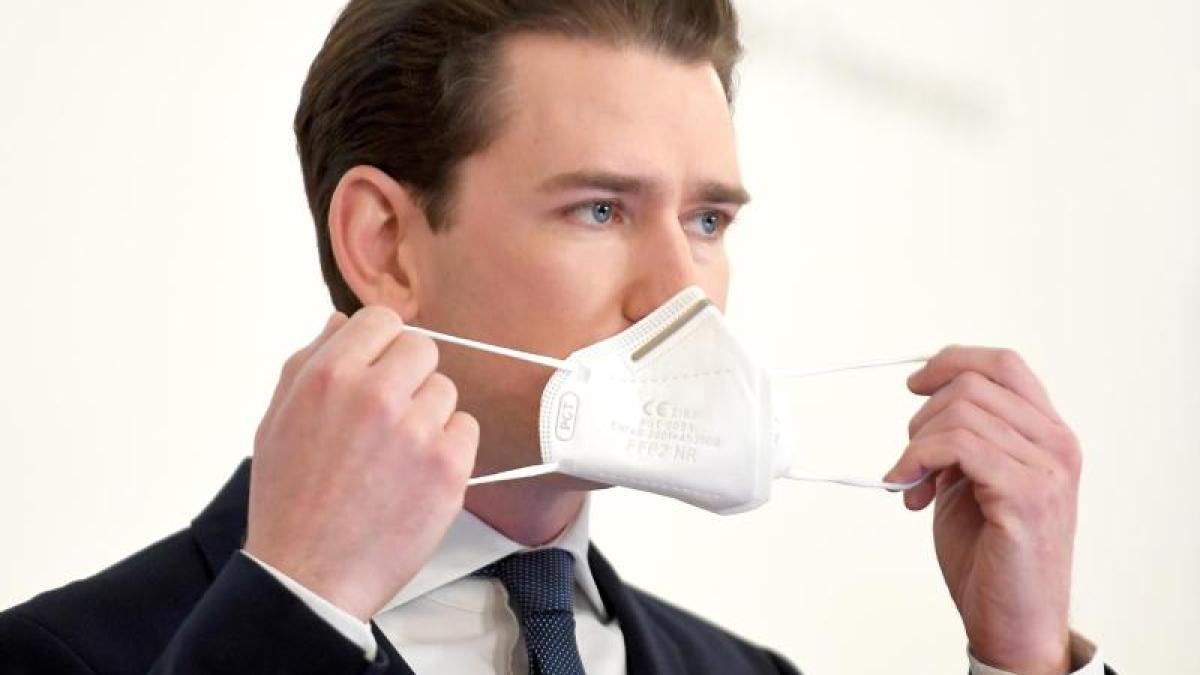 Brussels (dpa) - Austria has failed for the time being with its demand for a redistribution of the corona vaccines in the European Union.

At their video summit, the EU heads of state and government reaffirmed the previous distribution key according to population size.

After hours of dispute, it was only agreed to continue negotiations on an early partial delivery of ten million vaccine doses "in a spirit of solidarity".

Austria and five other EU states complained about the unequal distribution of vaccines in the EU.

The Austrian Chancellor Sebastian Kurz insisted on a corrective mechanism.

If there is no solution, it could cause damage to the EU, "as we have not seen for a long time," said Kurz.

But the other heads of state and government hardly accommodated Austria.

Dutch Prime Minister Mark Rutte said a look at the numbers shows that Bulgaria, Latvia and Croatia in particular have a problem.

You want to help them.

In Austria, however, he cannot currently see this.

The imbalance in vaccine distribution is due to the fact that not all EU countries have bought the quantities to which they are entitled based on their population.

The novel vaccine from Biontech / Pfizer was suspicious or too expensive in some states.

Astrazeneca's delivery problems are now throwing some states back.

Austria could soon fall behind because it has not exhausted its quota of the Johnson & Johnson vaccine, which is due to be delivered from mid-April.

Chancellor Angela Merkel said that after long discussions, the Council of Ambassadors had been instructed to find a “fair solution within the framework of solidarity”.

"As always, this is a relatively complicated task, something like squaring the circle."

Kurz wrote on Twitter: “We have worked hard to ensure that the gap within the EU when it comes to vaccination coverage for the population does not widen any further.

With the 10 million additional doses of vaccine, a fairer delivery of vaccines in the EU should be achieved in the second quarter. "

The 10 million vaccine doses come from an early delivery from Biontech / Pfizer and are now supposed to fill some holes.

Kurz spoke of a “good solution for everyone”.

But nothing has been decided yet.

The acute shortage of vaccines in all EU countries is expected to ease significantly in the second quarter - up to 360 million vaccine doses will then be delivered, after 100 million in the first quarter.

The pandemic situation is very difficult given the spread of the virus variants.

But the fact that mortality is increasing less strongly shows initial successes in vaccinating people over 80 years of age.

The EU found a common line with Turkey: the country is being offered the prospect of a closer partnership due to the easing of the natural gas dispute.

So the 27 states decided to start preparing for an expansion of the customs union.

Ankara was also indirectly offered the prospect of visa liberalization.

In addition, the EU wants to strengthen cooperation on migration policy.

The main concern here is that Turkey takes action against unwanted immigration to the EU states.

As an incentive, the EU Commission is to prepare further financial aid for the care of Syrian refugees.

A short digital visit by US President Joe Biden to the summit also honored the restart of transatlantic relations - from Merkel's point of view, a “gesture that was very, very important”.

The EU and the USA are again in closer talks, said the Chancellor after the summit.

Prime Minister Rutte also said that Biden had not given the prospect of allowing vaccine deliveries from the US to the EU.

According to the White House, US President Biden made it clear that he wanted a strong EU.

This is in the interests of the USA.

Biden also pointed out the shared democratic values ​​and the world's largest trade and investment partnership.