With 750 billion euros in debt, the EU wants to get back on its feet after the corona pandemic. In Germany only the signature of the Federal President is missing. The Federal Constitutional Court prevents this - in order to still be able to examine complaints. 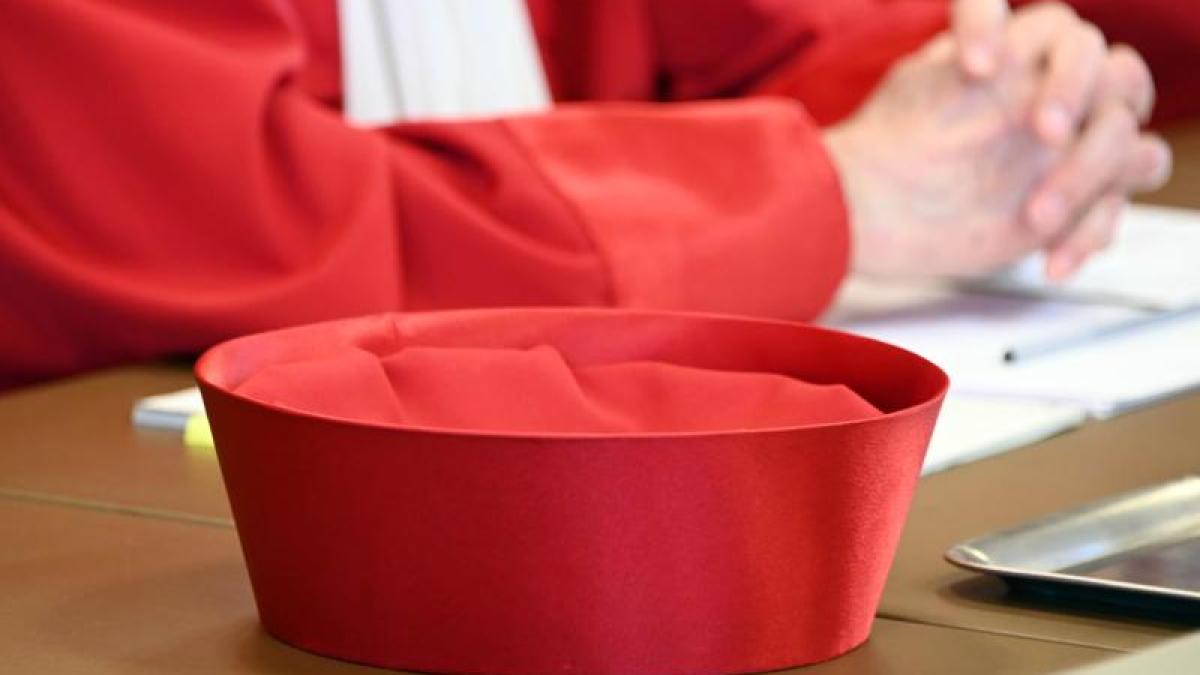 Karlsruhe (dpa) - The Federal Constitutional Court is temporarily stopping the German ratification law on the EU's financing system until 2027 due to a constitutional complaint.

The Karlsruhe judges ordered on Friday that the Federal President may not initially issue the law passed in the Bundestag and Bundesrat.

This applies until the Second Senate has decided on an urgent motion related to the complaint.

This means that the € 750 billion Corona reconstruction fund is also on hold for the time being.

The money is intended to help build the economy in the EU after the pandemic.

Part of it is available as a grant, part as a loan.

To this end, the EU states want to take on debt together.

The constitutional complaint, which a group of professors around the former AfD chairman Bernd Lucke had submitted to the Bundesrat in the morning immediately after the law was passed, is directed against this.

The lawsuit is supported by more than 2,200 citizens, as announced by the “Bündnis Bürgerwille”.

The plaintiffs are of the opinion that joint indebtedness is not permissible.

"The EU is contractually obliged to present a balanced budget," said the chairman of the alliance, Ravel Meeth.

A debt financing in this amount is "a blatant breach of contract".

Meeth stressed that the lawsuit was not directed against the expenditure itself.

But each member state must provide the necessary funds on its own account.

It is not unusual for the Federal President to wait until Karlsruhe has made a decision before drawing up a law.

In the case of projects at EU level, facts would otherwise be created that Germany can hardly go back.

Usually, however, this is done by mutual agreement: the Federal President waives the signature at the request of the court.

This time the judges Frank-Walter Steinmeier stopped with a so-called hanging decision.

A court spokesman did not comment on the background.

He also left it open when the decision on the urgent application would be made.

With this, the plaintiffs want to ensure that the German yes is stopped even longer, namely until the decision on the constitutional complaint.

The EU Commission can only start taking out loans and making payments once all 27 countries have ratified the decision.

The reconstruction aid package had already been agreed in summer 2020, but is not yet ready to go.

Germany and the other EU countries are currently working on plans for where the money should go.

They should be available by the end of April.

A total of around 1.8 trillion euros should be available to the EU by the end of 2027.

The Bundestag approved the ratification law on Thursday.

Federal Finance Minister Olaf Scholz (SPD) said in the morning that he was confident that the ratification could be completed in a timely manner, despite the announced constitutional complaints.

"It is clear that the financing regulated in the own funds resolution is based on a stable constitutional and European law foundation."

The European policy spokesman for the SPD parliamentary group, Christian Petry, called for a quick decision from the constitutional judges.

"The longer this hanging game lasts, the worse the chances of an economic recovery in the European economies shaken by the Corona crisis."

The AfD parliamentary group also announced on Thursday that it would file a lawsuit against the federal government and the Bundestag because of the reconstruction fund in Karlsruhe.

She announced that, despite the court order, she still wanted to submit her own urgent application.

"Bündnis Bürgerwille" on the lawsuit in Karlsruhe