The Houthis renew their bombing of Aramco, and Riyadh pledges to preserve global energy security and threatens the attackers

A military spokesman for the Houthi group stated that Aramco's headquarters and Saudi military sites were targeted by drones and ballistic missiles, while Riyadh confirmed that it is taking all measures to preserve global energy security and stop the attacks. 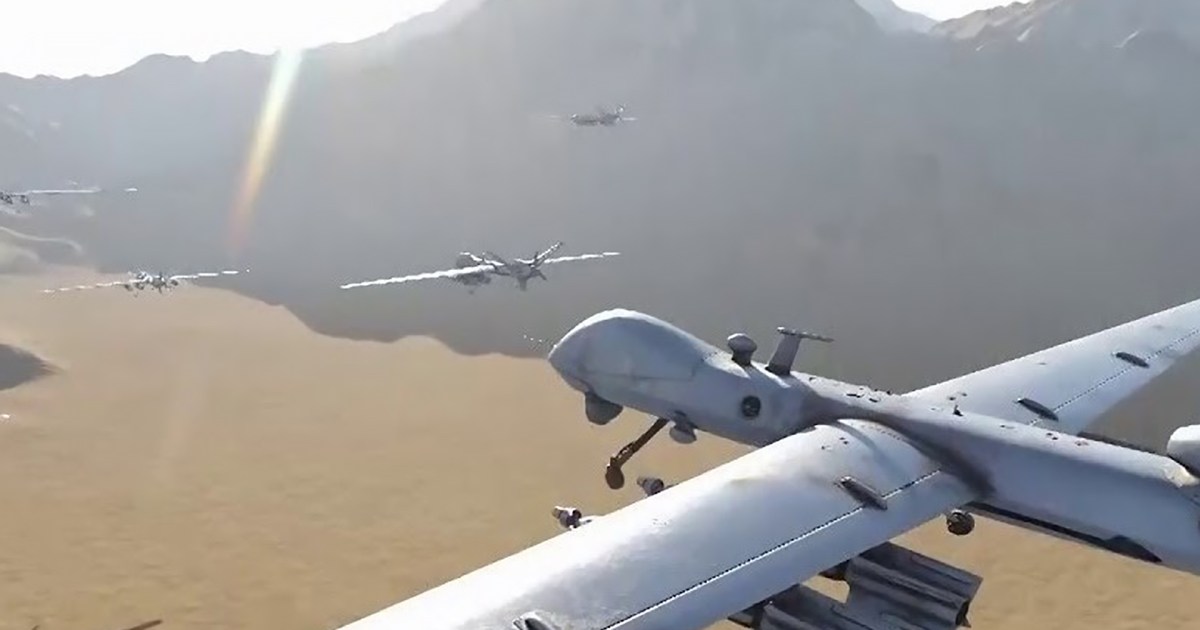 A military spokesman for the Houthi group stated that Aramco's headquarters and Saudi military sites were targeted by drones and ballistic missiles, while Riyadh confirmed that it is taking all necessary measures to preserve global energy security and stop what it called attacks.

The military spokesman for the Houthi group, Yahya Saree, announced that 12 drones and 8 ballistic missiles had targeted the headquarters of Aramco in Ras Tanura, Rabigh, Yanbu, Jizan, and the King Abdul Aziz base in Dammam.

The Houthi military spokesman added that their forces struck other military sites in Najran and Asir with 6 drones.

Saree warned against describing it as the forces of aggression of the consequences of the continuation of the war and the siege on the Yemenis, stressing the readiness of his forces to carry out harsh military operations during the coming period.

For its part, the Saudi Ministry of Defense said that it is taking all necessary measures to protect the security of petroleum exports and protect civilians and civilian objects.

"We are taking all necessary measures to protect our capabilities in a way that preserves global energy security and stops attacks," the ministry added.

An official source at the Saudi Ministry of Energy said that the petroleum products distribution station in Jizan was subjected to what he described as a sabotage attack with a projectile, which resulted in a fire in one of the station’s tanks, and that it did not result in any injuries or loss of life.

The source confirmed Saudi Arabia's condemnation of the attack on vital installations, and said that the attack does not only target the Kingdom.

Rather, it targets the security of petroleum exports, the stability of energy supplies to the world, and the freedom of global trade, as it targets the global economy as a whole.

The source added that the attack affects shipping, exposing the coasts and territorial waters to major environmental disasters.

Saudi media reported that 8 drones launched by the Houthis to target civilians in the Kingdom were intercepted and destroyed, including Khamis Mushait and Najran.

It also mentioned that the Houthis tried to target the universities of Jizan and Najran.

In the context, the head of the Center for Arab-Russian Information and Studies, Majid Al-Turki, said that the Houthis' continued bombing of Saudi Arabia and the military escalation inside Yemen is part of a path that Iran has drawn for its own interests.

He added, in a previous interview with Al-Jazeera, that Saudi Arabia had proposed an initiative for a solution in Yemen.

But the implementation of this initiative is dependent on the Houthis' acceptance of it and the cessation of their attacks inside Yemen and against Saudi Arabia.

On the other hand, journalist Hussein Al-Bukhaiti said in a previous interview with Al-Jazeera that if Saudi Arabia wants to stop the Houthi attacks against its territory, it must stop its raids and end what he described as its siege of Yemen.