Dieselgate: Volkswagen demands accounts from former bosses Frankfurt (AFP) More than five years after the outbreak of the engine rig scandal that shook Volkswagen, the German auto giant is demanding accountability from two iconic former bosses, whom it accuses of negligence. The former chairman of the group's executive board until his resignation in 2015, Martin Winterkorn, and the former boss of the Audi subsidiary, Rupert Stadler, fired in 2018, are b 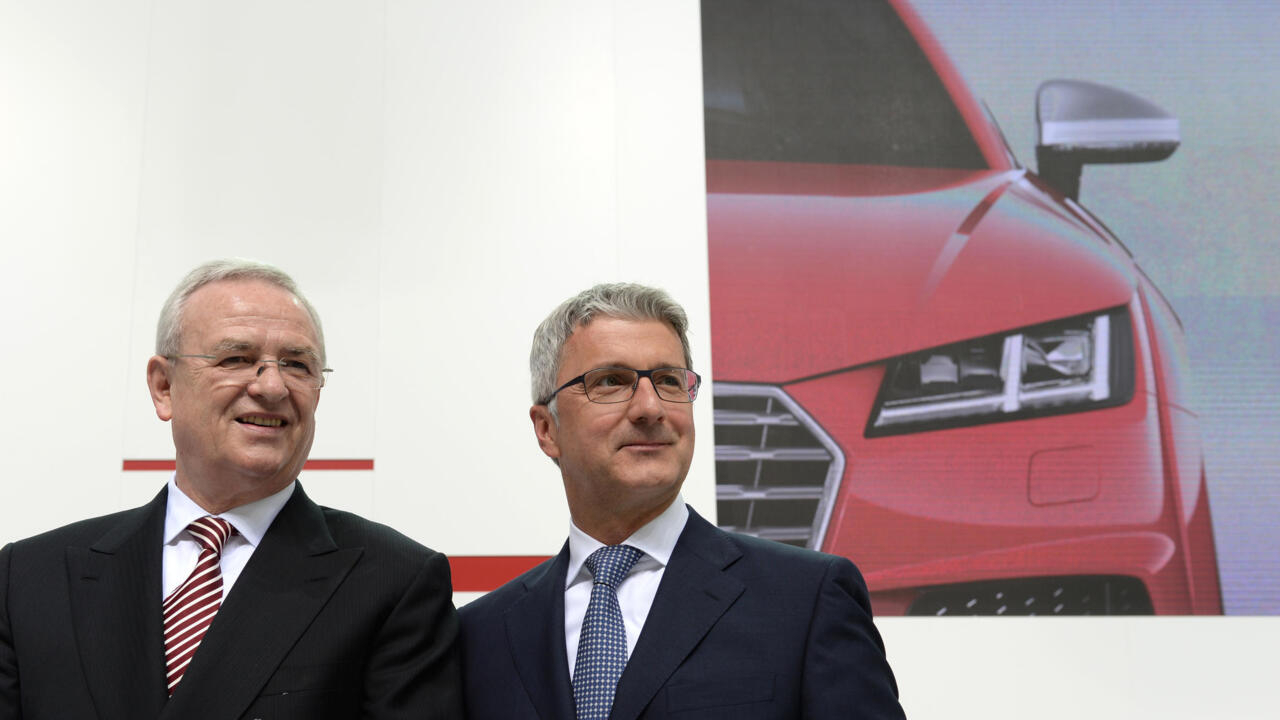 More than five years after the outbreak of the engine rig scandal that shook Volkswagen, the German auto giant is demanding accountability from two iconic former bosses, whom it accuses of negligence.

The former chairman of the group's executive board until his resignation in 2015, Martin Winterkorn, and the former boss of the Audi subsidiary, Rupert Stadler, fired in 2018, are being claimed "damages for breaches" in the performing their duties, Volkswagen said on Friday, without specifying the amounts claimed.

Such a procedure should in principle lead to amicable negotiations between the two parties, which could end in court if no agreement is reached.

The two men are already targeted by separate proceedings before the German criminal justice system.

The latter sees in them the main persons responsible for the cheating of the group with the twelve brands relating to 11 million diesel vehicles, to make them appear less polluting than they were in reality.

This case, revealed at the time by the American authorities, tarnished the reputation of the automotive industry in the country, which is still struggling to recover.

Mr Winterkorn had resigned as VW boss shortly after the scandal was discovered by US authorities.

This clever engineer has always claimed that he was not aware of any wrongdoing.

Volkswagen has today put an end to much of the scandal with a bill exceeding 30 billion euros, the largest of which was paid in the United States, and is putting the package on the turn towards the electric.

The supervisory board of Volkswagen has sought since 2015 to clarify the matter and this "without reservation" or "regard to the people" concerned, indicates a letter sent Friday to the employees of the group and of which AFP has obtained a copy .

The conclusion of the research entrusted to a law firm is final: the supervisory board of Volkswagen says it is "convinced" that Mr. Winterkorn "has violated his duty of care" by omitting, as boss of the group, "d 'explain the context of the use of unauthorized software functions "in diesel engines.

In addition, he "failed to ensure that the questions asked by the American authorities receive a prompt, sincere and complete answer".

Mr. Winterkorn believes he has "done everything necessary" and "neglected nothing to avoid or reduce the damage" caused by the case, he replied.

Mr Stadler is criticized for "failing to ensure" that two diesel engines developed by Audi and used in European vehicles from Volkswagen, Audi and Porsche "had to be examined".

Three other former executives, two at Audi and one at Porsche, are also being asked for compensation.

Negotiations between Volkswagen and the people involved will now be held in order to settle the dispute out of court, a Volkswagen spokesperson told AFP.

In the past, the German conglomerate Siemens, wet in a large-scale corruption scandal, had also demanded compensation from two ex-leaders, Heinrich von Pierer and Klaus Kleinfeld.

After lengthy negotiations, the first had to pay the company five million euros in 2010, and the second two million euros.

Without direct link with the present proceedings, the criminal trial of Mr. Stadler opened in September 2020. He is the first boss to answer for this scandal in a German court.

Mr. Winterkorn's trial has been postponed to mid-September 2021, due to the Covid-19 pandemic.